By Andrew Griffin on 1st October 2020 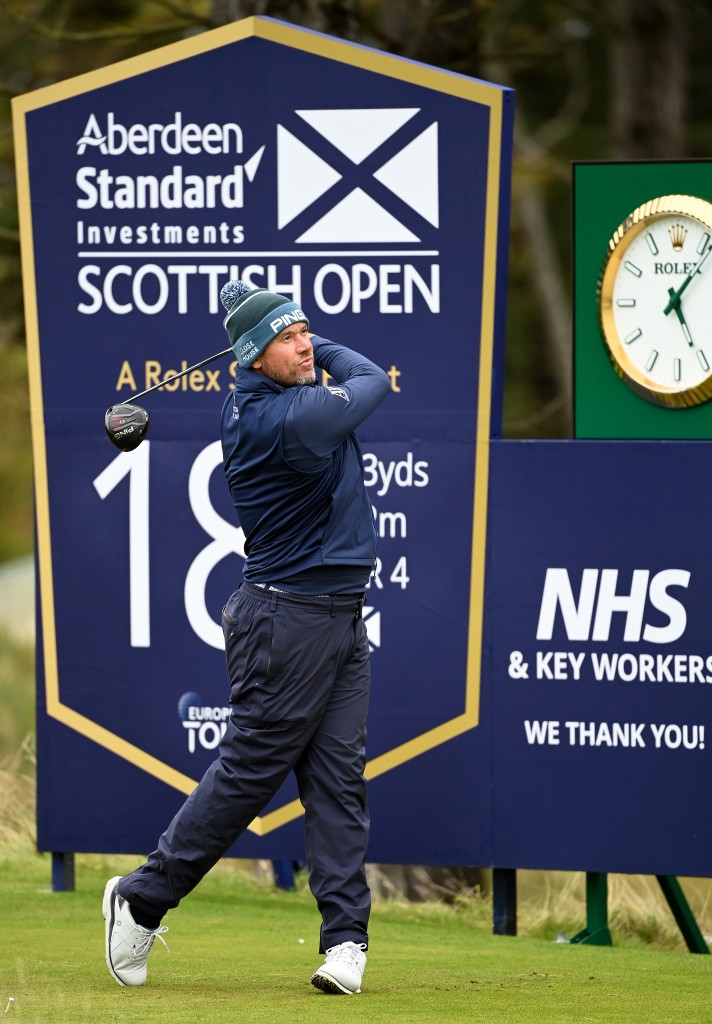 Lee Westwood is looking for a third Rolex Series win after taking the first round lead in the Aberdeen Standard Investments Scottish Open at The Renaissance Club, thanks to a 62. Pictures by GETTY IMAGES

LEE Westwood fired two eagles on his way to carding a superb nine-under par 62 to take a one-shot lead after the opening round of the Aberdeen Standard Investments Scottish Open.

It is 22 years since the veteran of nine Ryder Cups won the Scottish Open at Loch Lomond.

The Notts-rasied golfer, who now lives in Newcastle, made the most of the favourable afternoon conditions at The Renaissance Club, equalling the course record, as he goes in search of a third Rolex Series title.

Westwood, who already has one win in 2020 to his name, said: “I didn’t put myself under too much pressure all day.

“I played solidly. We got the good end of the draw – there’s no doubt about that, in the afternoon lot.

“But you’ve got to make the most of it when it does happen to you. That’s links golf, and you know you’re going to be on the wrong side of it often enough.

“So when you’re on the right side of it, you’ve got to try to make the most of it,” added Westwood, who has the chance of a 10th Ryder Cup appearance after September’s match at Whistling Straits was put back until 2021.

Westwood happy with game after 62

Lee said: “I played solidly. Drove the ball well. Iron shots were good. In a good groove since the US Open.

“I took that discipline from there to here today. Aimed away from flags when I needed to. Left myself a lot of nice looks uphill for birdie.

“Distance control was good, which you know, could have been one of the few things to trip people up today.

“It wasn’t quite going as far as normal. The greens are nice and you feel like if you put a good roll on it, it holds its line.

“So, yeah, obviously very pleased with the round,” said the Worksop Wonder, who has 25 European Tour titles to his name, and claimed the European Order of Merit 20 years ago after five wins in one season.

The 47-year-old claimed his first European Tour win in four years with victory in the 2018 Nedbank Golf Challenge, before holding off Matt Fitzpatrick, Tommy Fleetwood and Victor Perez to claim the Abu Dhabi HSBC Championship – his second Rolex victory – earlier this year. 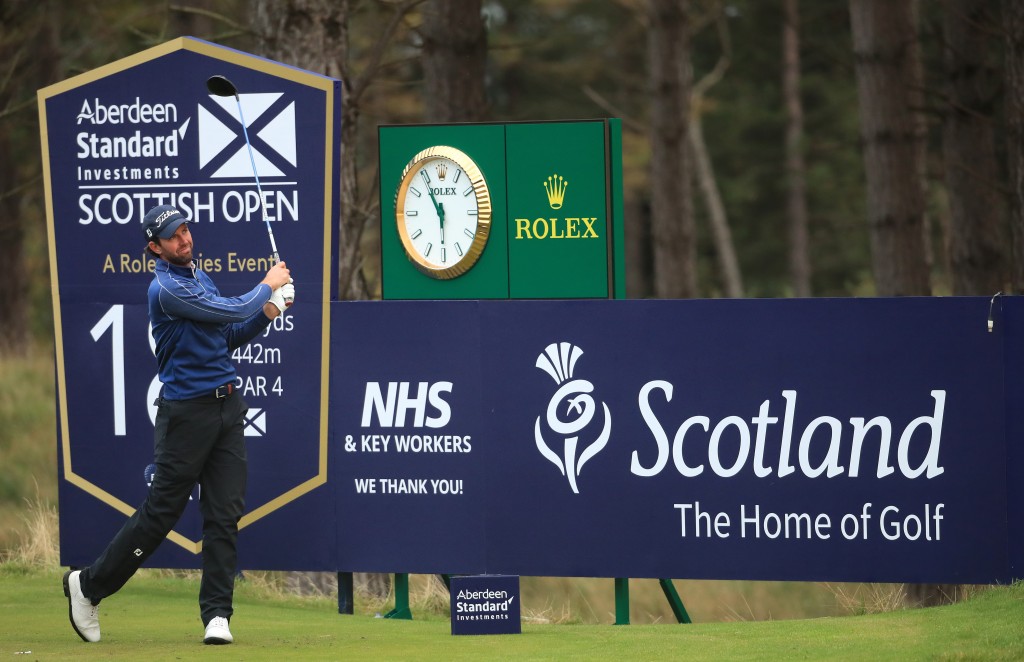 SWEDEN’S Alexander Björk and Dutchman Joost Luiten are one shot off the pace at eight-under – with local favourite Scott Jamieson at seven-under.

Jamieson, a 36-year-old Glaswegian, said: “I looked at the scores when I got to the golf course and realised that it obviously had been really tough in the morning.

“I think when it’s wet and cold like that, the ball just doesn’t travel far,” said the 36-year-old, who won a rain-interrupted Nelson Mandela Championship in South Africa, in December 2012.

Jamieson, who spent four years at Augusta State University before turning pro in 2006, added: “If you’re in the rough, it’s tough to move to ball far.

“So for me – very lucky to be on that side of the draw today. But there’s a long way to go, and we’ll see what the weather does.

“I think everyone probably recognised that this week and next week is probably going to define how good a season you have.

“You could play well the rest of the tournaments, maybe not do particularly well this week and next week, and you don’t get to Dubai.

“But the same could be said the other way. You could not play well in those events and then play great in just one of these weeks, and you may find yourself in Dubai.”

Fellow Scotsman Craig Lee is currently alongside Robert Rock and Finland’s Kalle Samooja in a share of sixth place. Lee has not played a European Tour event since the 2017 Andalucía Valderrama Masters. 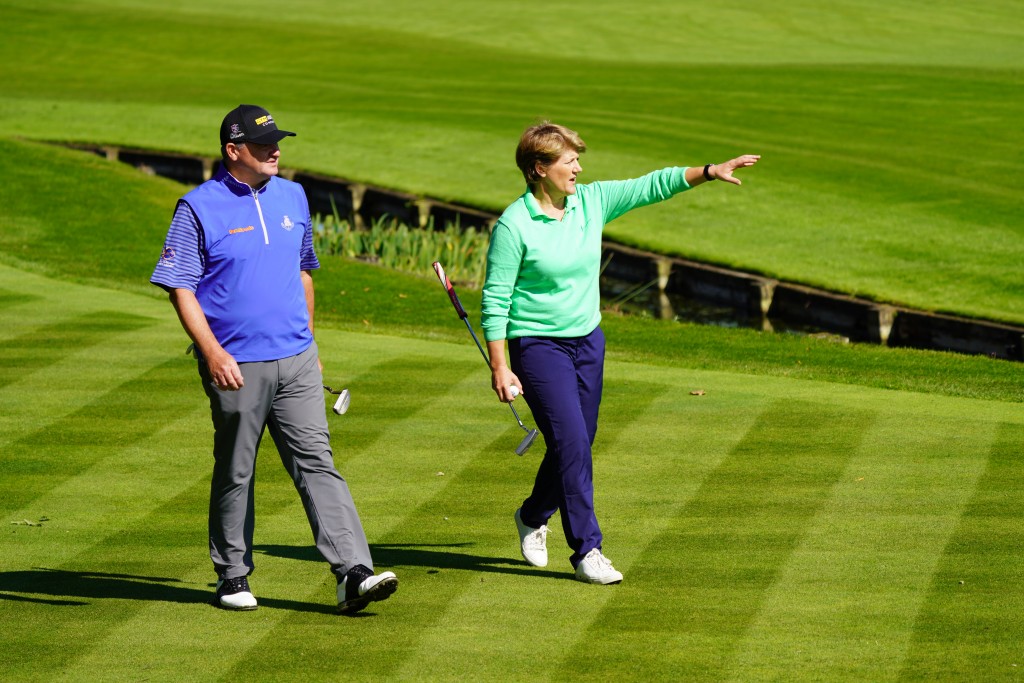 Major-winner Lawrie said: “There are a lot of factors behind the decision – the main one being that I don’t feel I can be competitive week-in, week-out at this level.

“My back is not very good. I’ve got a herniated disc and I struggle to practice enough.

“I’m not able to hit the amount of balls I need. I’m not particularly talented so I lose my game quite quickly,” said the winner of the 1999 Open, who won a play-off with Justin Leonard and Jean Van de Velde – following the Frenchman’s famous meltdown in Carnoustie’s Barry Burn.

“To have played 620 events is not a bad innings considering I turned pro (in 1986) with a five-handicap and didn’t think I’d play any,” added 51-year-old Lawrie, who has eight European Tour victories to his name, including that Claret Jug.

“I haven’t been a great player, but I’ve been decent and that’s all you can ask for,” said Lawrie, who joined the European Tour in 1992.

Lawrie joined the Staysure Seniors Tour in 2019 after turning 50, and claimed the Scottish Seniors Open in August last year.

Last month, Lawrie became a Legends Tour ambassador after the European Tour entered into a joint venture with over 50s insurance giant Staysure, which will look to expand Seniors golf in Europe.

The Aberdonian plans to continue to play on the new Legends Tour in 2021.

Lawrie bought Aberdeen’s Aspire Golf Centre in 2013, creating the Paul Lawrie Golf Centre. His foundation – formed in 2001 – has been a driving force in junior golf north of the border for nearly 20 years.

Having been made an MBE in 2000, Lawrie was awarded the OBE for his voluntary service to golf in 2013.