By Andrew Griffin on 4th October 2020 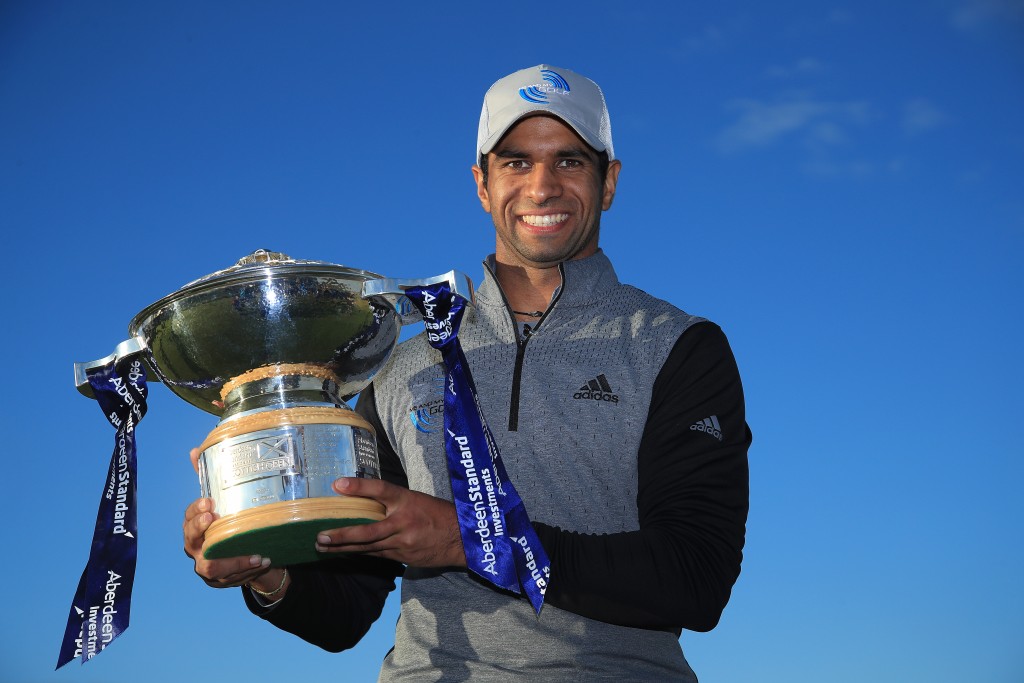 The former HSBC Wee Wonders winner – famous for wearing two gloves – signed for a wonderful 64 to set the target at 11-under par.

But Fleetwood holed a 20-foot putt on the last for a closing birdie to take it to extra holes at The Renaissance Club, in North Berwick.

It was advantage Fleetwood off the tee as Rai found a fairway bunker.

But the 25-year-old rescued his par and when Fleetwood three-putted from just off the green, Rai claimed his second European Tour title.

A visibly shocked Rai said: “It’s incredible. I played a lot in Scotland growing up – dreamed of playing in a European Tour event in Scotland.

“But luckily I had a good couple of breaks and also played very well. So I’m very pleased.”

Aaron added: “You have to play some world-class golf. But for it to be a Rolex Series – with the class of field this week – is deeply satisfying.

“If I’m honest, to win any event on the European Tour is amazing,” added Rai.

Ironically, Fleetwood was his playing partner on that day too. 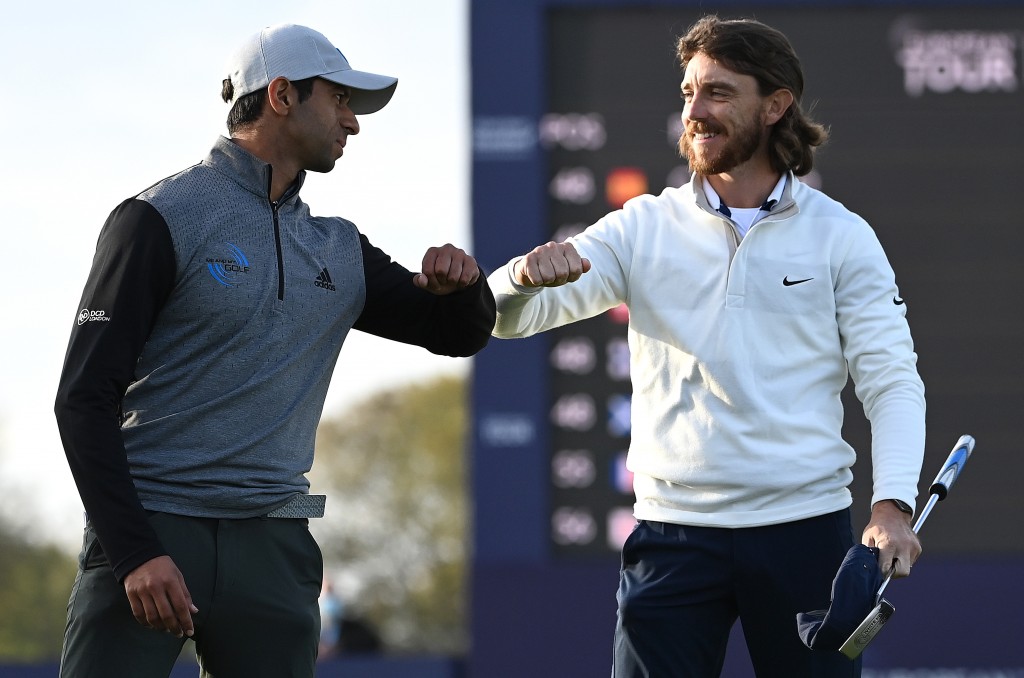 VICTORY has given Rai some new goals to focus on for the rest of the 2020 season. That includes the possibility of being crowned European No. 1.

“Any time you’re up there in the Race to Dubai – whether it’s winning it, whether it’s in the top three, top five – it shows a great degree of consistency with some really top results, as well.

“So still a long way to go in the season. But it’s a great spot to be in,” said Rai, who grew up in Wolverhampton, and recorded three Challenge Tour wins in 2017.

The latter included his maiden Challenge Tour victory in the Kenya Open.

That was watched by his mother Dalvir, who hailed from East Africa and returned to Mombasa for the first time in 47 years to see Rai win.

COVID-19 restrictions meant there were no fans or family to see his Rolex triumph.

It moved the former EuroPro Tour player, who turned pro in 2012, into the top five on the Race to Dubai rankings.

He is now also inside the top 100 of the Official World Golf Ranking, moving from 183rd to 88th overnight.

Rai started wearing two gloves at the age of eight. By then he was already shining in the annual Wee Wonders event – organised by East Lothian-based pro Alasdair Good, with the UK finals held at St Andrews, every October.

Rai’s first EuroPro Tour win also came in a play-off in Scotland at Mar Hall in the 2015 Glenfarclas Open. That earned him £10,000.

Now Rai has an even bigger reason to love golf North of the border and Scottish links courses in particular.

Tommy blames putter for not closing door at Renaissance Club 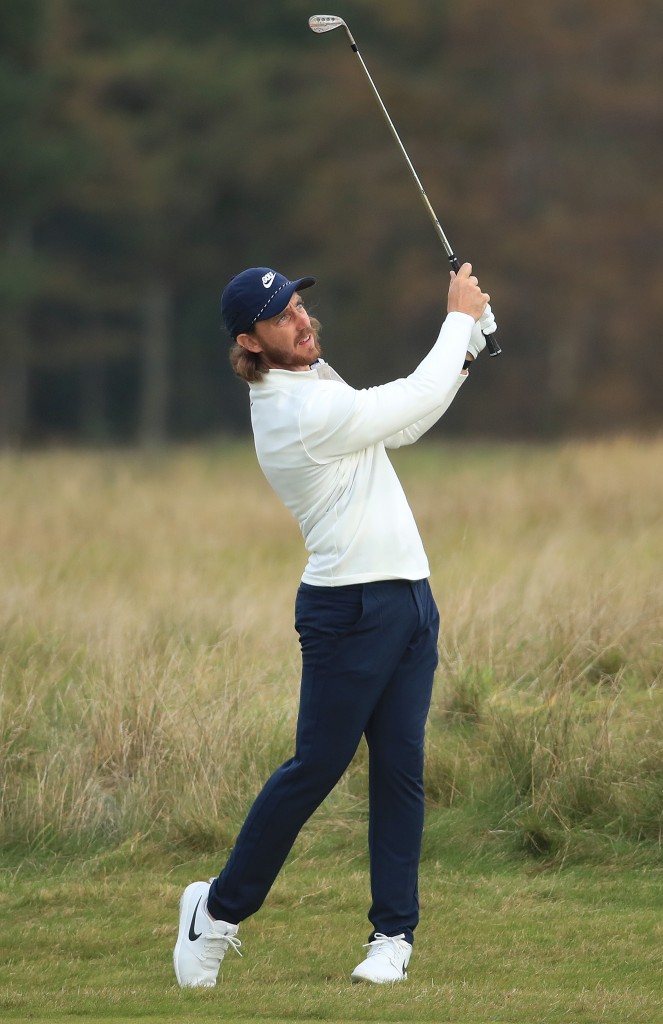 FLEETWOOD was prepared to put his near-miss down to an indifferent week with the putter.

Tommy, whose fifth European Tour title came in last November’s Nedbank Challenge, said: “I hit a poor putt and that’s the end of it, really.

“Aaron played 72 holes very, very good, and it was Aaron’s time – and Aaron’s week. Congratulations to him.

“Obviously, I’d have loved it to have been me,” said the 29-year-old from Southport, who also missed a short birdie chance on the par–five 16th.

The Ryder Cup star added: “But overall looking back at the week, there’s so many putts that probably cost me going further in the tournament. But that’s golf.

“There’s a lot of areas in the game that you have to do well to win. One putt on 18 on the 72nd hole… putting cost me at the end. But that’s life and we try again next week.

“I played really, really good – especially the back nine. I felt really in control of my game, and nobody beat me over 72 holes.

“It was Aaron’s time and that’s how it goes.” 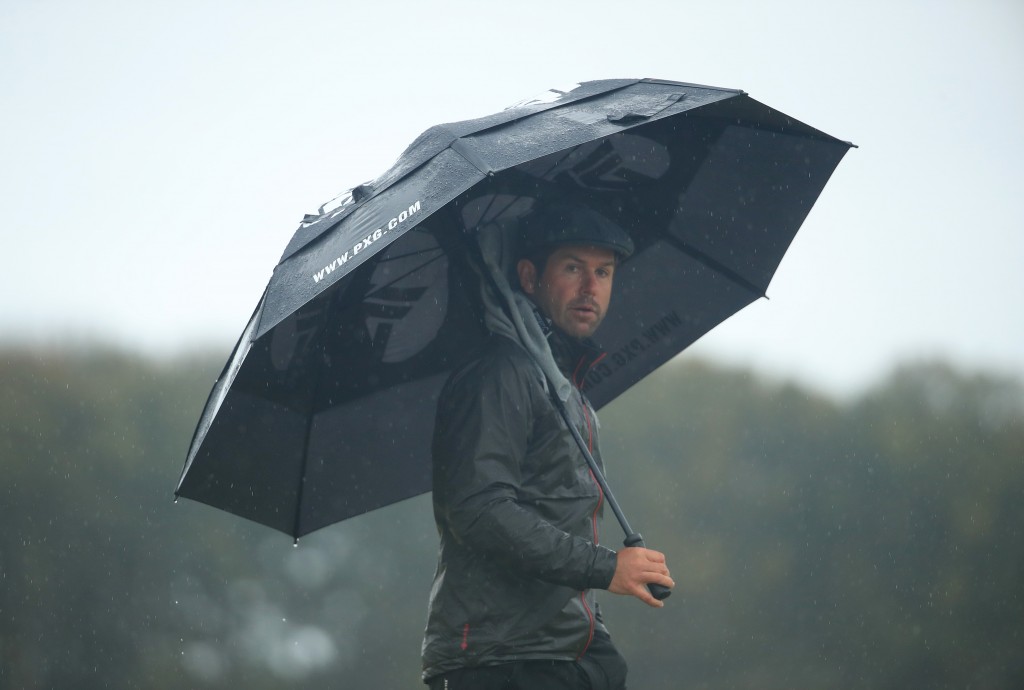 Overnight leader Robert Rock battled back with four birdies on the back nine only to bogey the 18th in the Aberdeen Standard Investments Scottish Open.

Robert Rock left counting cost of bogey at the last

OVERNIGHT leader Robert Rock, who also hails from the West Midlands, missed out on a place in the play-off by one shot.

Rock had slept on a two-shot lead. He dropped two shots on the front nine, before making four birdies in seven holes.

But the two-time European Tour winner missed out with a bogey at the last for a round of 70.

Australian Lucas Herbert picked up six shots in the first 10 holes, to bounce back from a 79 in Saturday’s storm. His 65 posted the clubhouse lead at nine-under.

Scotland’s also Marc Warren – playing with Rai – bogeyed the last to drop back to nine-under after a superb 66.

Ryder Cup captain Padraig Harrington was a shot back in a share of ninth.

•For full results at the Scottish Open click here.