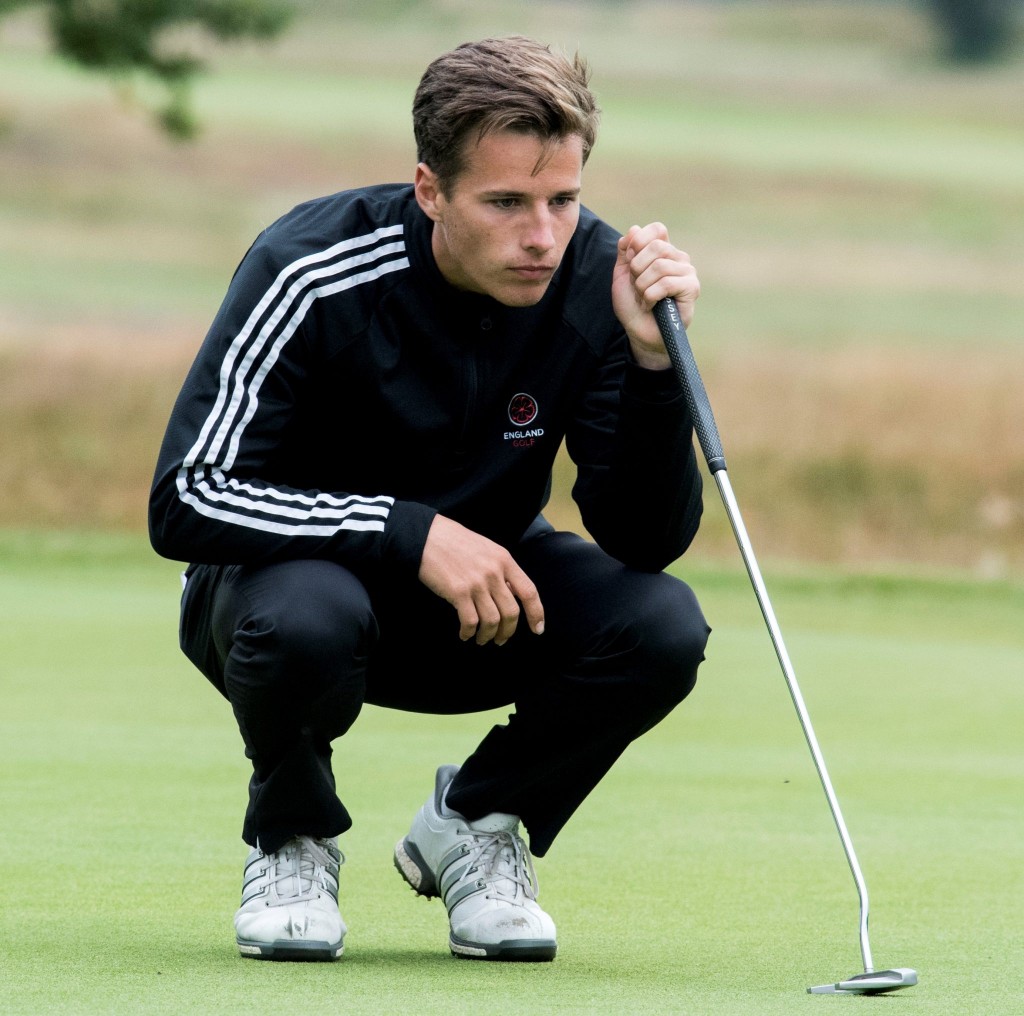 European Tour player Matthew Jordan passed on tips to amateurs in the England national squads – he was a member three years ago. Picture by LEADERBOARD PHOTOGRAPHY

MATTHEW Jordan watched Tiger Wood and Rory McIlroy win The Open at his home course at Hoylake in the space of eight years.

But he had no notion he would one day join the World No. 1 on the European Tour.

Even 18 short months ago, Jordan could not be sure he would ever make it as a pro golfer.

Now he’s settling in alongside the big guns during his rookie season on Tour and has the world at his feet.

Jordan’s story is truly inspirational and his telling of it proved to be fascinating for the England Golf squad players, who logged in for an online Q&A session.

As a young amateur, Jordan was a slow-burner, making his way steadily rather than spectacularly through the boys’ squads.

Then his game clicked with victories in the St Andrews Links Trophy and Lytham Trophy.

That earned him a place in Great Britain and Ireland’s 2017 Walker Cup team alongside Hampshire’s two Amateur Champions – Harry Ellis, Scott Gregory – and Jack Singh-Brar, who is also on the European Tour.

A year later Jordan turned pro – but with many questions about his suitability for the pro game still unanswered.

Yet a true competitive edge shaped in the England Golf squads soon shone through. 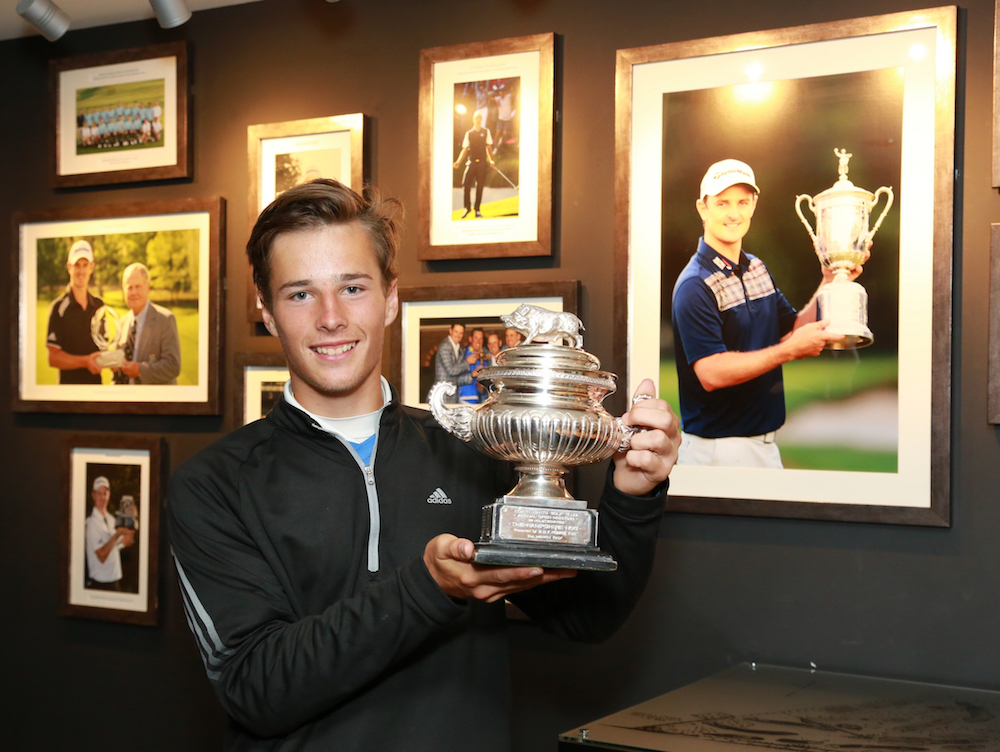 From North Hants to Challenge Tour

A COURSE record 63 in the first round of the British Masters at Hillside in May last year – after receiving an invite – brought his name to the fore.

Victory in a Challenge Tour Event in Italy in June lit a fire under him.

And it’s still burning brightly as he waits to make his way on the full tour when the European Tour resumes in late July.

During a relaxed chat with the current England squad players and coaches, Jordan talked about his rise in the game, his hopes for the future, his methods on the course – and his dedication to smart practice routines.

He also admitted his rise was something he didn’t think of as a kid – nor even dare to dream about as a young adult.

“It’s certainly been unexpected from where I was a little over a year ago,” admitted the 24-year-old member at Royal Liverpool GC.

“I didn’t even have Challenge Tour status and I was just trying to play where I could. It happened so quickly.

“I played eight events after I turned pro and hadn’t done very well. But at least I got some experience.

“The big one for me was a Challenge Tour event in Turkey. I shot 62 which was the lowest round I’d ever shot.

“I was in contention all week and then finished in the top 10.

“Then I played in the British Masters and shot nine-under on day one and the confidence built ahead of my win in Italy.

“It all snowballed very quickly.

“You don’t know that until you get there – there is a worry that the guys are on a different level and are loads better.

“I had watched great tour events featuring the top players on TV and then suddenly I’m walking into a venue and joining these guys on the range. It’s pretty cool.

“As a fan, that was big at the beginning. But I’m trying to do as well as possible and that soon loses its appeal.

“I want to focus, do well, stay on tour and achieve more.” 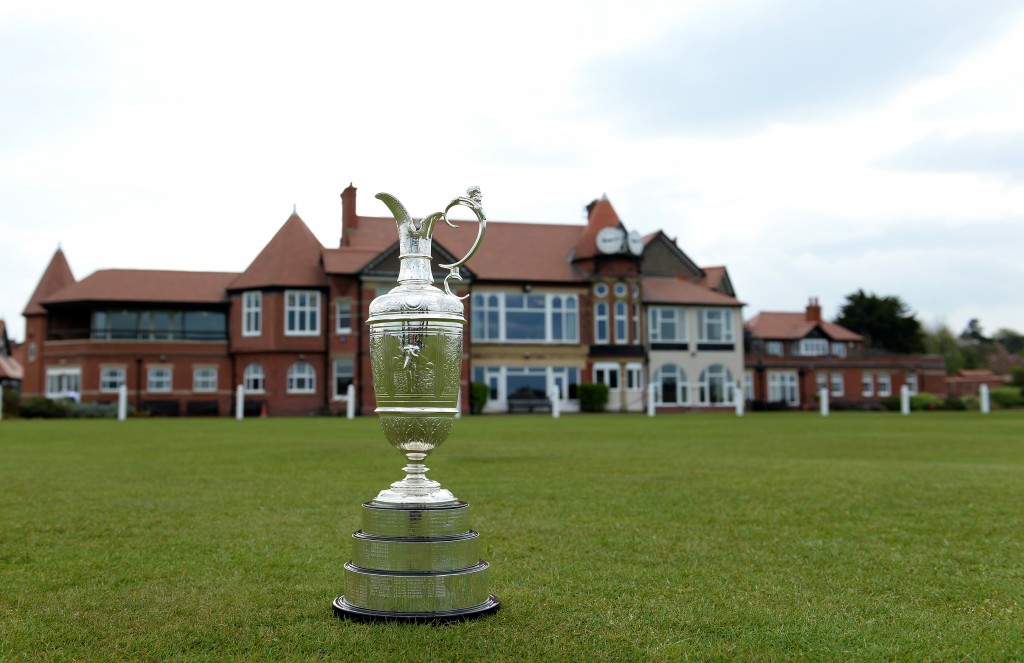 Matthew Jordan watched Tiger Woods and Rory McIlroy win the Claret Jug in 2006 and 2014. The Open is due to return to Hoylake in 2023. Picture by The R&A

GROWING up in Hoylake – the location of one of the world’s great links courses at Royal Liverpool – meant Jordan was spoiled for inspiration as a youngster.

As a 10-year-old he remembers being obsessed when Tiger Woods rolled into town in 2006.

Tiger put on a ball-striking masterclass to win back-to-back Open Championships – and his first away from St Andrews.

“I got Adam Scott’s ball on a practice round. And I got Phil Mickelson’s autograph and Sergio Garcia’s too,” said Jordan.

“I didn’t get Tiger’s – I just froze when he walked past and didn’t have the courage to ask. But it stands out.”

Then four years later it was McIlroy who claimed the Claret Jug – on a Hoylake course that had spent 40 years off The R&A’s Open rota.

“It does inspire you,” said the Cheshire county player, who was 18 at the time.

“In 2014, that same summer, I got my A-levels and a place into Uni. But my dad said I should defer and try golf for a year or two.

“I hadn’t thought about it. I thought I’d play the summer and do something else. Maybe study psychology.

“Then I tried it and still never had the thought of where I would end up.

“It was only when I started doing well that the thoughts changed.

“It was a blessing in disguise I didn’t go to Uni when I see what has happened since.” 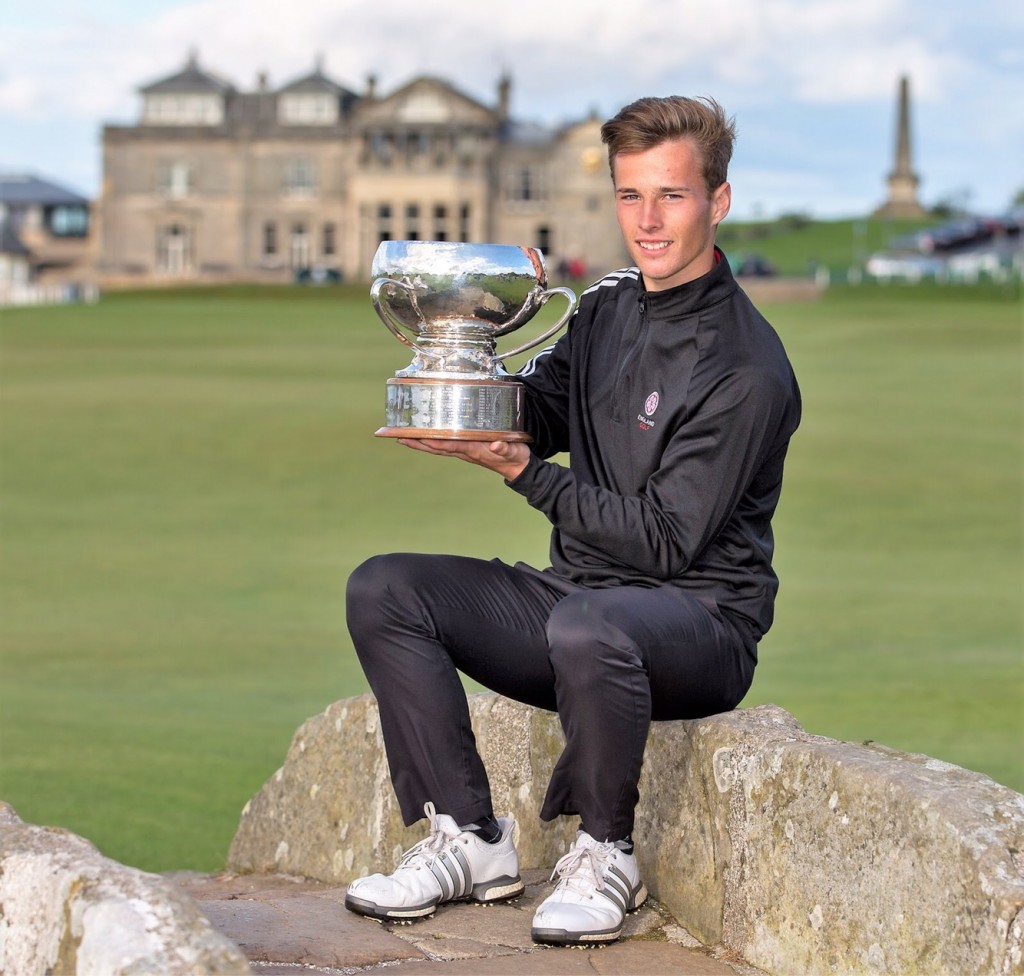 JORDAN has had to adapt during lockdown because of the COVID-19 pandemic.

But he has kept sharp – even winning a virtual event when top pros battled it out on online playing Valderrama in the European Tour BMW Indoor Invitational Series.

His next outing is the British Masters at Close House next month as his adventure continues.

“I was happy to chat with the England players as I enjoyed my time in the set-up working with great coaches and learning the game,” said Matthew.

“Hopefully, what I passed on and my story so far can help someone else make the same step.”

And of course when the Open returns to Hoylake in 2023, he has the chance to be part of the history of the Open Championship.

•Royal Liverpool was originally to host The Open in 2022 – before the 2020 and 2021 Opens were pushed back because of the coronavirus pandemic.

It will take place at Royal St George’s in 2021 a year later than planned, with the 150th Open being staged at the game’s historic home at St Andrews, in 2022.