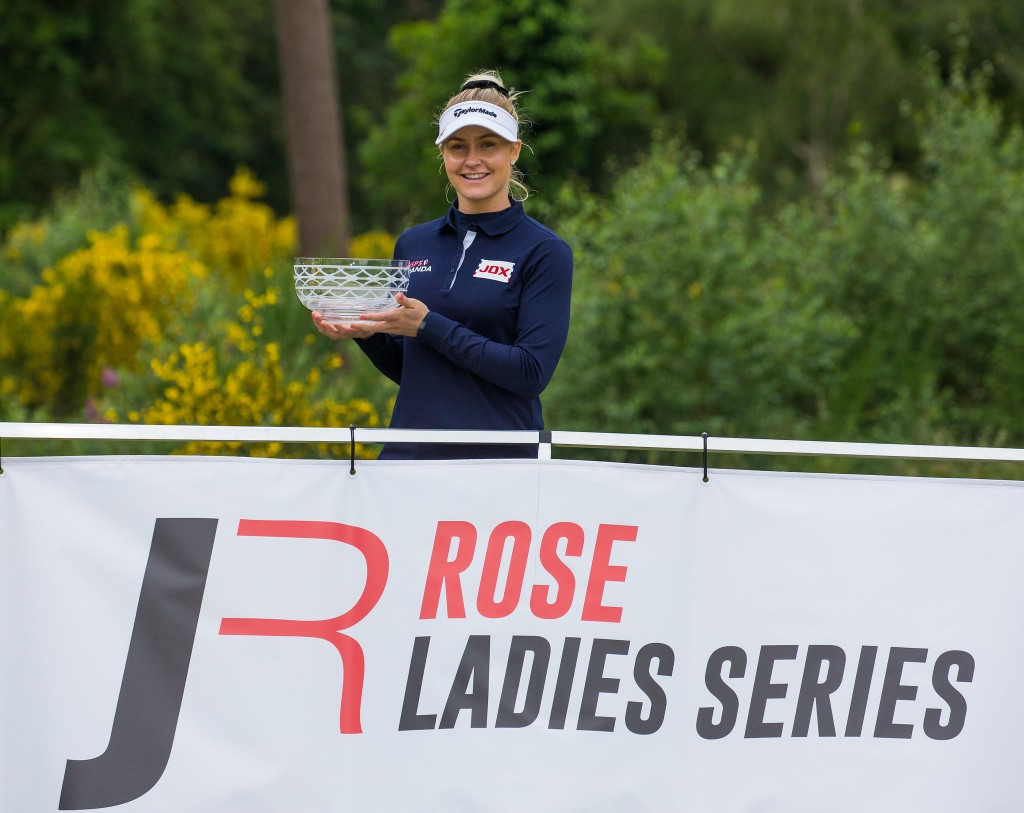 Charley Hull – winner of the first Rose Ladies Series event at Brokenhurst Manor – got to play with Somerset’s Mimi Rhodes, one of England’s top young talents. Picture by TRISTAN JONES

MIMI Rhodes made a spectacular first impression on LPGA and Solheim Cup star Charley Hull at the opening event of the Rose Ladies Series.

Rhodes’ eagle putt from 25 feet then struck the flag – but agonisingly hopped back out the hole to leave the Somerset ace with a tap-in birdie.

No wonder Hull had a broad grin on her face. Her own aggressive style of play as an amateur was a portent of things to come on the Ladies European Tour and the LPGA where the Woburn golfer now plays.

Yet if Rhodes made a positive early impact on Hull – she also birdied the second hole to take the early tournament lead – it was nothing compared to the lasting impression the woman ranked 25th in the world made on the young England international.

Hull went on to win the event after making birdie at the first play-off hole.

Twenty-four-year-old Hull received the trophy and a £5,000 cheque from Kate Rose, wife of England Golf ambassador Justin, on Thursday.

The couple agreed to sponsor the event, initially, before turning Young’s idea into an eight-round series over the next two months.

Rhodes was watching her every step of the way – eager to pick up any bits of advice and insight to help with her own progress in the game.

Rhodes, who played in the Junior Solheim Cup against the USA at Gleneagles, in September, was not disgraced shooting a five-over par 75 on a very tough set-up. 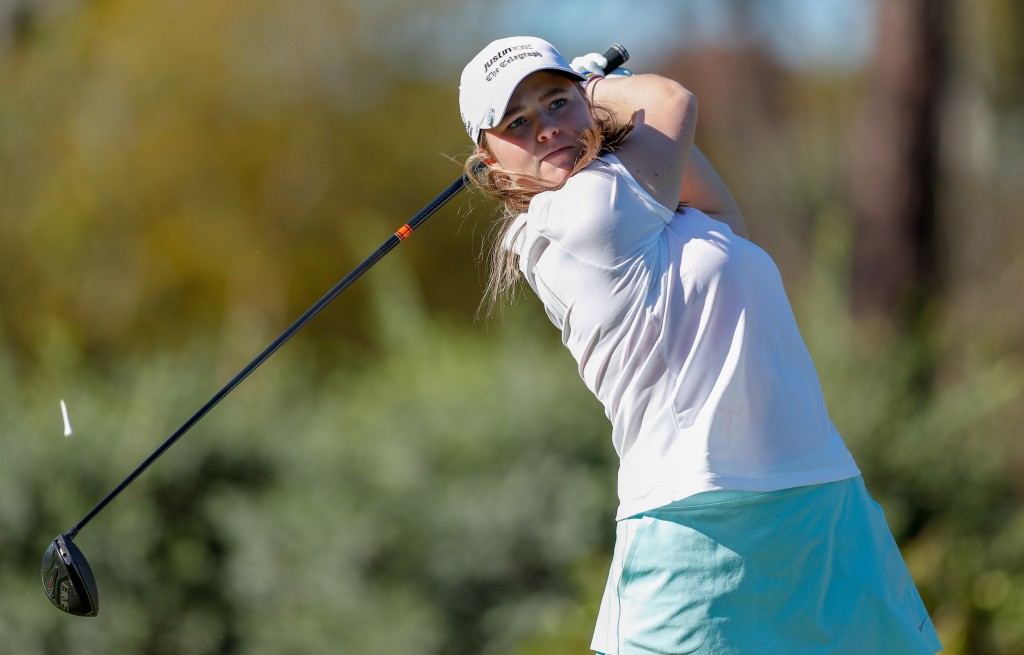 THE winner of last year’s Justin Rose Telegraph Junior Championship finished in a tie for seventh place in the inaugural Rose Ladies Series event in the New Forest.

As one of only three amateurs in the field of 47 players at the Brokenhurst Manor Women’s Open, her finish was highly creditable.

And she had sister Patience – who also qualified for the 2019 Justin Rose Telegraph Junior Championship finals – on the bag.

Rhodes admitted watching Hull at close proximity for 18 holes was the major positive she will take from the day.

“I desperately wanted to play well in front of Charley. My sister was on the bag and telling me to calm down,” joked Rhodes, a member at Burnham and Berrow GC.

“At the first hole I was really nervous. But I guess there was a bit of adrenaline too.

“In practice my drive at the first was close to the green.

“Then in the event I had 310 yards to the front and I boomed one – and it finished pin high.

“It was a bit awkward with players still on the green.

“My putt was from 25 feet. It hit the pin and was knocked out. Charley was laughing. The birdie settled me down.

“I had watched Charley play at the Solheim Cup last year, but never met her.

“She was obviously concentrating on her own game. But when we were walking between shots she was really friendly and the conversation felt really normal and that helped me settle.

“I was watching her play really intently. I was also listening to how her and her caddie made decisions during the round.

“My sister could have learned a lot.”

Big year ahead for America-bound Mimi

THE England international – who is bound for the USA in the autumn – is confident her first pro event will be a huge benefit in the coming months.

“I always wondered how my game would compare to these players, and playing with Charley helped me realise a few things.

“It has given me confidence that I have enough distance in my game to keep up – but the big area of difference is the short game.

“It really opened my eyes to where I need to get to in the future.

“I tightened up around the green and had five putts of around 10 feet for birdie that I didn’t take,” said Mimi.

”So I can take a lot from the experience.

“It was really good that Justin sponsored the event to give women professionals and amateurs the chance to compete in such a great event.

“For him to take such an interest in the women’s game is a real positive for our sport.

“I had time to meet his wife Kate and thank her for their support, which we all truly appreciate.”

MIMI Rhodes has decisions to make about what direction her season will now take during the summer.

She has options to play a couple more events in England – or head to America for the US Amateur.

Whatever route the England Women’s squad member takes, it does appear that her career is following an upward trajectory as she prepares for a move to America to play college golf.

“It’s an exciting time. Hopefully I can make progress toward my goal of eventually becoming a professional.”