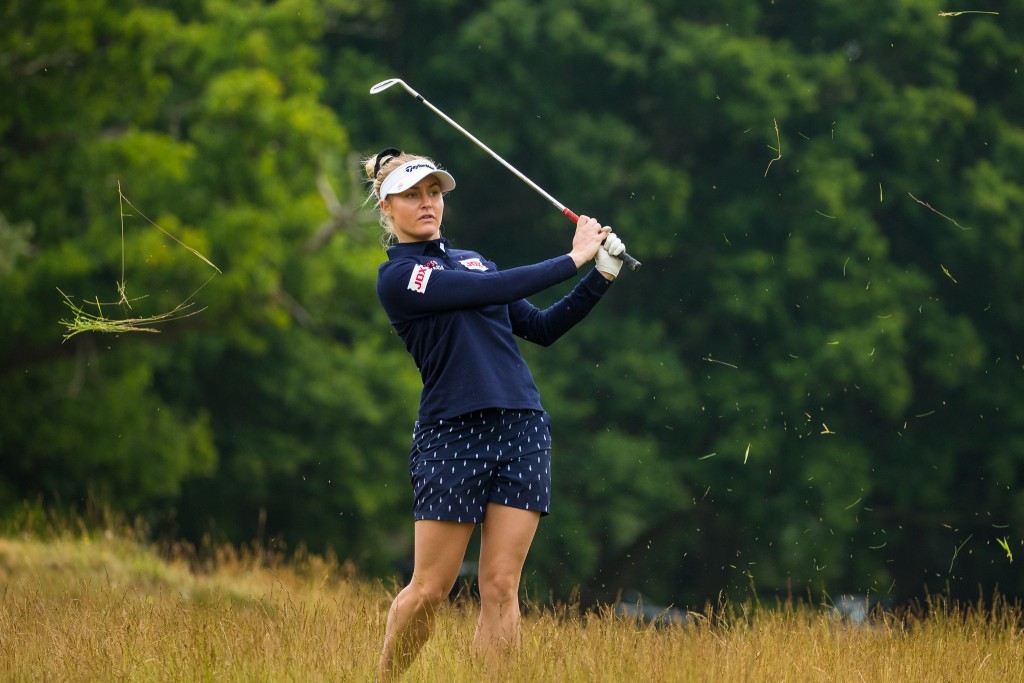 The Woburn ace defeated Hampshire heroine Liz Young with a birdie on the first extra hole at Brokenhurst Manor Golf Club, in the New Forest.

Spectators weren’t allowed inside the venue due to government social distancing guidelines.

But they would have been treated to a fantastic tournament and a thrilling finale which went to a play-off.

Both players carded level par rounds of 70 in overcast and windy conditions.

Young, who organised the event at her home club, played in the first group out and set the clubhouse target.

But she waited for three-and-a-half hours before Hull matched her score.

World No. 25 Hull was two strokes clear with two holes to play and looked to have the £5,000 winner’s cheque tucked in her back pocket.

But the Solheim Cup winner double bogeyed the par-four 17th hole, after hitting a rescue wood off-line right into a ditch from the tee.

She had a chance to birdie the 18th to win in regulation play but missed the putt on the hole.

The 18th is driveable when the county’s leading amateur players contest the Mike Smith Memorial Open, which was won by Hampshire junior Justin Rose, back in 1996.

After pitching on to the green, Hull took her chance at the first extra hole, rolling in a similar putt from 12 feet beyond the hole. 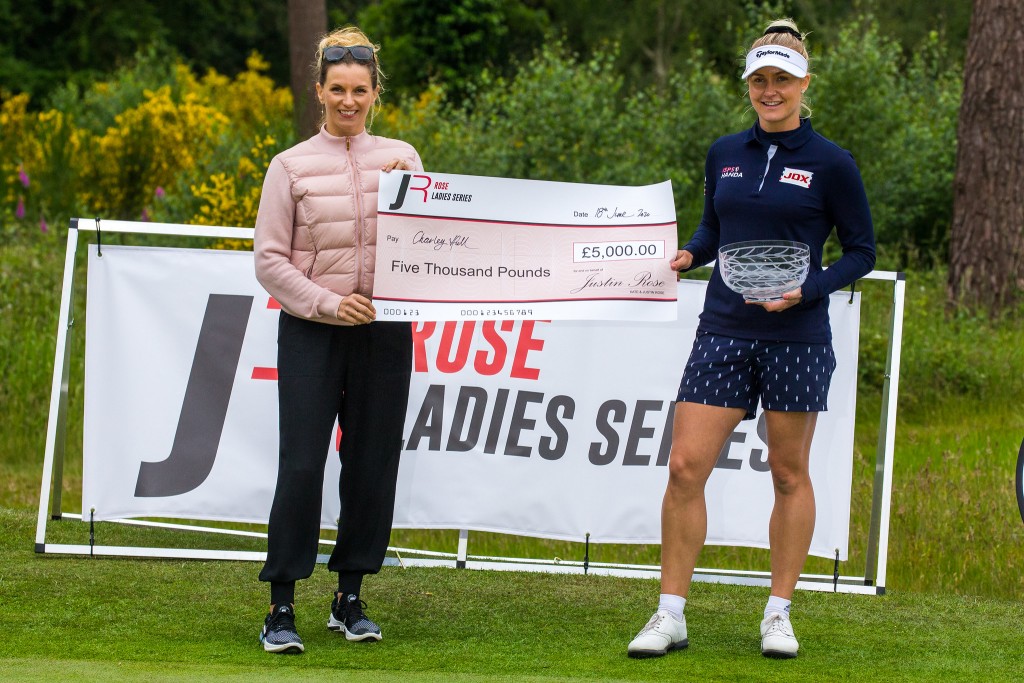 THE new champion was presented with a rose bowl and winner’s cheque for £5,000 by Kate Rose, wife of PGA Tour star Justin, who together, reportedly sponsored the series to the tune of £35,000.

That sum was believed to have been matched by sponsors American Golf enabling the Brokenhurst event to be rolled out into a series of eight tournaments in the next two months.

Hull hadn’t played a competitive round in almost five months – in fact since the Gainbridge LPGA at Boca Rio, in Florida, in January.

Charley said: “I’m just so happy to be playing professional golf again and have a scorecard in my hand.

“The golf course was in great condition and it was my first time round here today.

“I was quite happy with my score. I doubled the 17th because I  took a wrong line off the tee. But it was just great to be playing.

“I’ve missed it loads. I love playing golf. I’m pretty much golfed out because I’ve been playing every day. But I can’t wait to get back out on tour.

“I want to thank Justin and Kate Rose for putting these events on.

“You need to be playing to get back in the mindset. I’ve been playing a lot for the last few weeks and I played eight days on the trot.

“But it’s not the same as having a scorecard in your hand. I’ll go back to America in four weeks’ time, so hopefully this will get my brain back into tournament golf.”

Hull said she had never seen the course before but described the Harry Colt classic as a “hidden gem.” 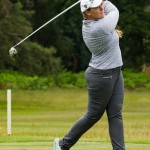 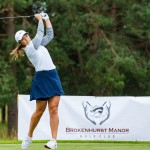 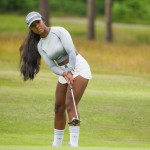 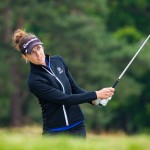 Up and down day 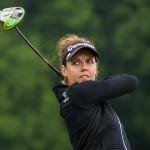 Meghan MacLaren has turned from the queen of the greens to a wizard with words to help give the Ladies European Tour a new brand and image. Picture by TRISTAN JONES 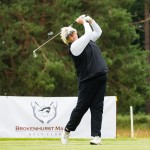 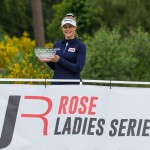 Charley Hull – winner of the first Rose Ladies Series event at Brokenhurst Manor – got to play with Somerset’s Mimi Rhodes, one of England’s top young talents. Picture by TRISTAN JONES 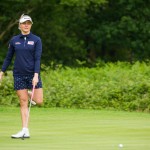 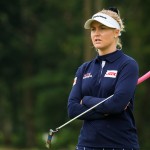 Off to the LPGA 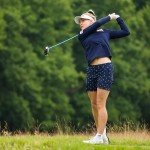 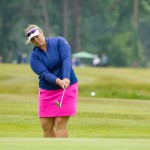 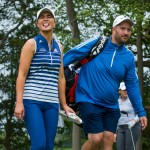 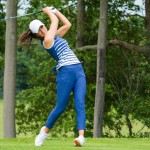 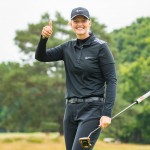 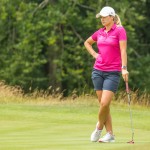 HULL and Young – who was Liz Bennett as an amateur – are both past English Women’s Amateur Champions.

Young, the World No. 503, was pleased with finishing second, especially as she hadn’t played a competitive round in more than six months.

“I was excited and really nervous,” said Young, who last played at the Magical Kenya Ladies Open in December.

“It has been a long time since a card was in the hand. I was playing on my own course, so had the home advantage.

“But I also know where all the trouble is. I was really happy with how I played and level par, because it was playing tough out there.

“I was playing well in practise and I just hadn’t put much time in on the course.

“It’s all coming together and I’m just excited that I’ve got another seven tournaments in which to play.

“This is the start of something great for UK golf and hopefully this will continue.”

Essex’s Gabriella Cowley finished third on 71, with Hertfordshire’s Hannah Burke in fourth a further shot back. 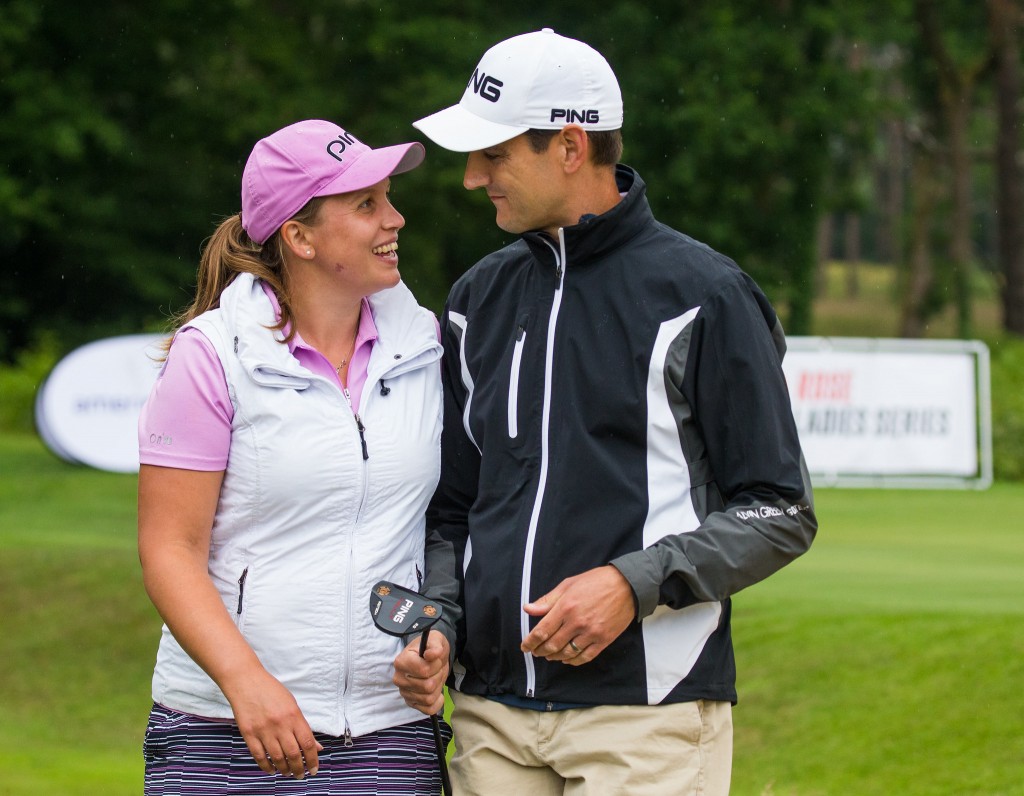 Liz Young with her husband and caddy Jon having seen the dream of creating the Brokenhurst Manor Women’s Open to help LET players get back into tournament golf.
Picture by TRISTAN JONES

Wentworth to stage final round of Grand Final

THERE will be a Rose Ladies Series Event played on Thursday each week, in June and July, leading up to the Grand Final on August 6-7.

The opening round will be played at The Berkshire, in Ascot, with the final round to be hosted on the famous West Course at Wentworth.

With Justin Rose’s management team Excel Sports teaming up with Young to put on the series, the England Golf ambassador was able to invite three of the country’s leading amateurs to play.