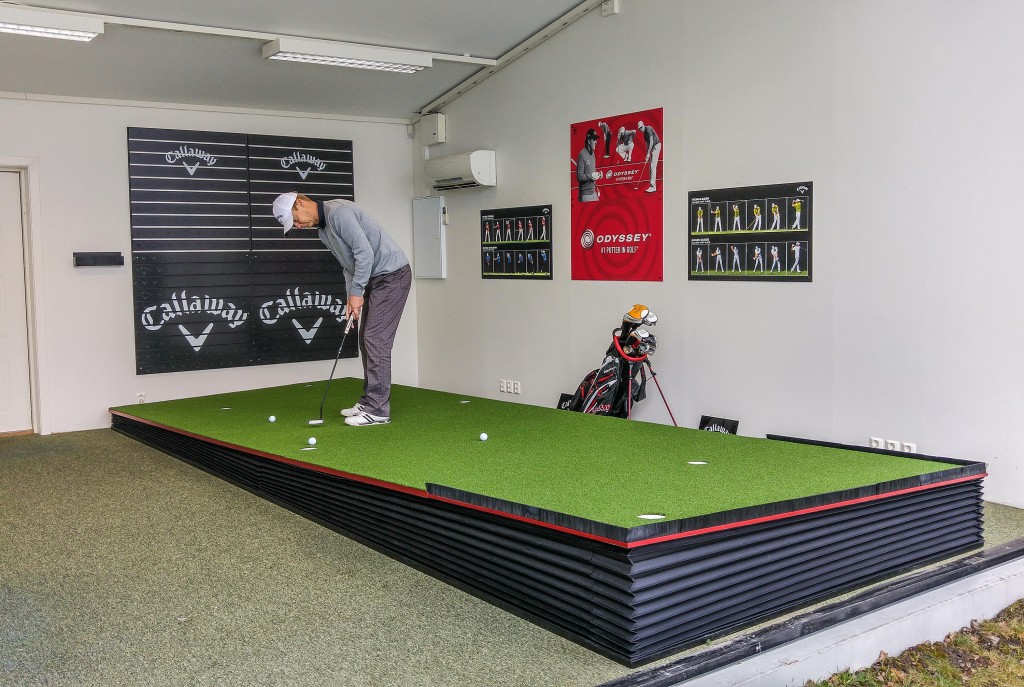 THE Zen Green Stage will make its first PGA Merchandise Show appearance next week in Orlando.

A 16-foot model has been custom-built for the exhibition, and will appear on the Smart2Move booth (No. 1273), accompanied by Zen’s Nick Middleton and George Stubbs.

Zen Green Stage – which regularly appears on Sky Sports Golf as the centrepiece of its TV coverage at big tournaments – is the world’s leading digitally-adjustable putting and full swing platform.

It is referred to as “the final piece of the jigsaw for your golf academy” by putting coach Phil Kenyon, who works with many leading players on tour.

Smart2Move, which is acknowledged as the gold-standard in force plates technology used in golf, is the only such technology which works on a slope – and Zen provides the slopes.

Zen founder Nick Middleton said: “Zen Green Stage plus Smart2Move is the marriage of two exclusive technologies which, when used together, enables you to see how golf coaching will be in the future.

“At last, it’s now possible to capture crucial data which has simply never been seen before,” said the Sheffield-based putting expert.

“Together with Trackman, this exclusive composite of Zen & Smart2Move technology will unveil new and exciting opportunities to enhance coaching performance and new revenue streams.”

Zen USA’s Tim Cutshall, the leading golf studio designer and systems integrator for golf and country clubs, golf schools and university programs in North America, will also be on hand at the PGA Show to explain why he now recommends the Green Stage to his customers.

He said: “Nowadays you should be designing your golf studio around the Zen Green Stage. No-one else out there has a product that can do this.”

The Zen Green Stage’s profile took after it became a fixture in the Sky Sports Zone, with fans queueing up to try it for themselves at The Open Championship since its debut at Royal Birkdale in 2017.

So what is the one thing that makes Zen Green Stage invaluable to players and golf coaches?

“The world isn’t flat” said Nick Middleton, “so why is your golf school?

“We can’t wait to show off the Zen Green Stage at this year’s PGA Show – most people who stand on it are simply flabbergasted.”

It will be on display at stand No. 1273 at this year’s PGA Show, at the Orange County Convention Centre, and will help “conquer the sloping lies in your life,” according to Middleton.

•You can see Zen Green Stage in use by clicking here.

‘Better putting at your fingertips’

AT the touch of an icon in an app, the Zen Green Stage takes just seconds to recreate virtually any putt on the planet under 20ft – including double-breakers.

And wherever you are set up in the world, PuttView shows golfers how to hole it.

The technology behind PuttView uses slope data to calculate and project an accurate, animated light path onto the putting surface.

It also offers additional visual guidance such as to the correct pace.

PuttView gives golf coaches a host of new visual aids to help create what Zen describes as “a new kind of putting lesson,” including a highly user-friendly ‘Sketch’ function.

That allows the PGA professional to literally draw his or her own graphics and instructions onto the putting surface, using a tablet.

But that’s not all. As well as showing golfers how to hole any breaking putt, the system also has several fun games up its sleeve.

For golfers looking to improve their putting under pressure, animated targets can appear anywhere on the putting surface – challenging players to learn both break and pace in a series of putts as the clock counts down.

And for golfers who want to try and hole famous putts from golf’s history, a wide range of classic Tour and Ryder Cup putts made familiar by TV and YouTube are pre-programmed on the Green Stage.

Zen Green stage comes with a variety of options to suit any available space from 12ft to 20ft.

Customised versions can also be built for any size of indoor golf academy, golf clubs, leisure facilities, hotels and resorts, cruise liners and airport lounges, as well as private individuals.

Zen Green Tec co-founder Nick Middleton, a putting coach, who was the co-designer of the revolutionary product said: “The Zen Green Stage with PuttView is not only for people who are already golfers – but also for anyone who just enjoys putting.

“When you experience the integrated system you will quickly discover how much fun it is to use – as well as how powerful it is as a teaching tool.”

On lifelike synthetic turf, the Zen Green Stage and PuttView together create an immersive, best-ever environment where coaches can teach golfers how to read breaking putts, and to enjoy interactive games which guide self-paced discovery.

The system was demonstrated at golf shows in Hamburg, Dublin and Glasgow three years ago.

But it was its debut on Sky TV in the summer of 2017 that captured everyone’s attention as the world’s leading players demonstrated their flat stick skills stood on the Zen Green Stage.

Lukas Posniak, of PuttView creators Viewlicity GmbH, said: “The marriage of PuttView augmented reality with the instant adjustability of the Zen Green Stage has created what we believe is a world-class, high-technology indoor sports attraction..

Zen’s Andrew McCague, the co-founder of the putting green, said: “The combined system of Zen Green Stage and PuttView has the potential to bring the adventure golfers and driving range addicts into an authentically-realistic putting environment.

“So this is not just an opportunity for professional golf coaches, but also for the wider leisure market.”

•Find out more about the Zen Green Stage by clicking here. 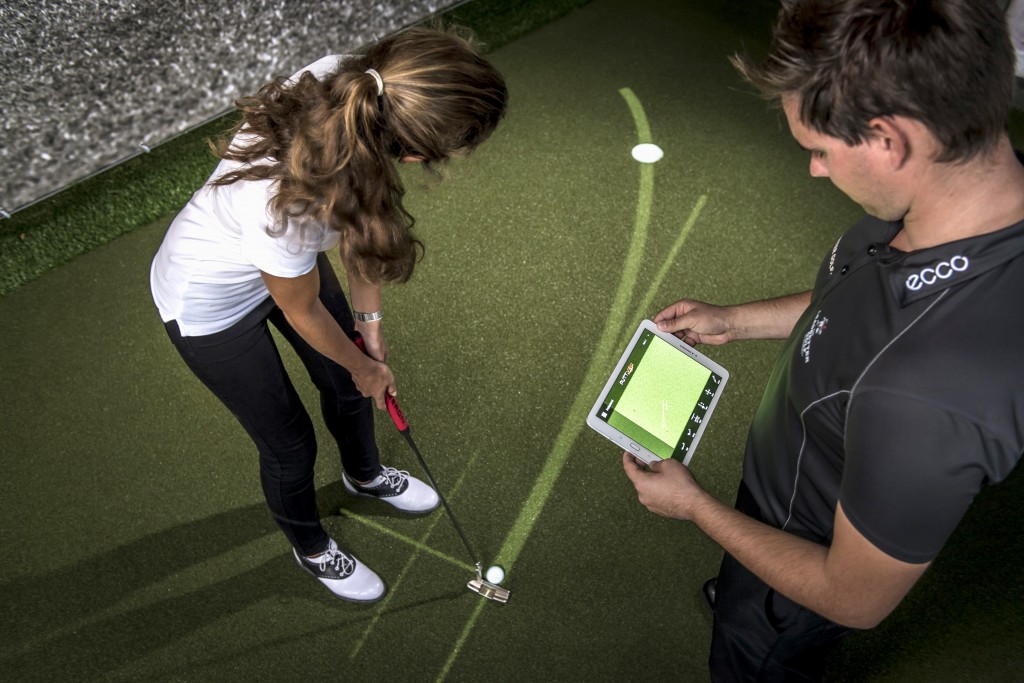