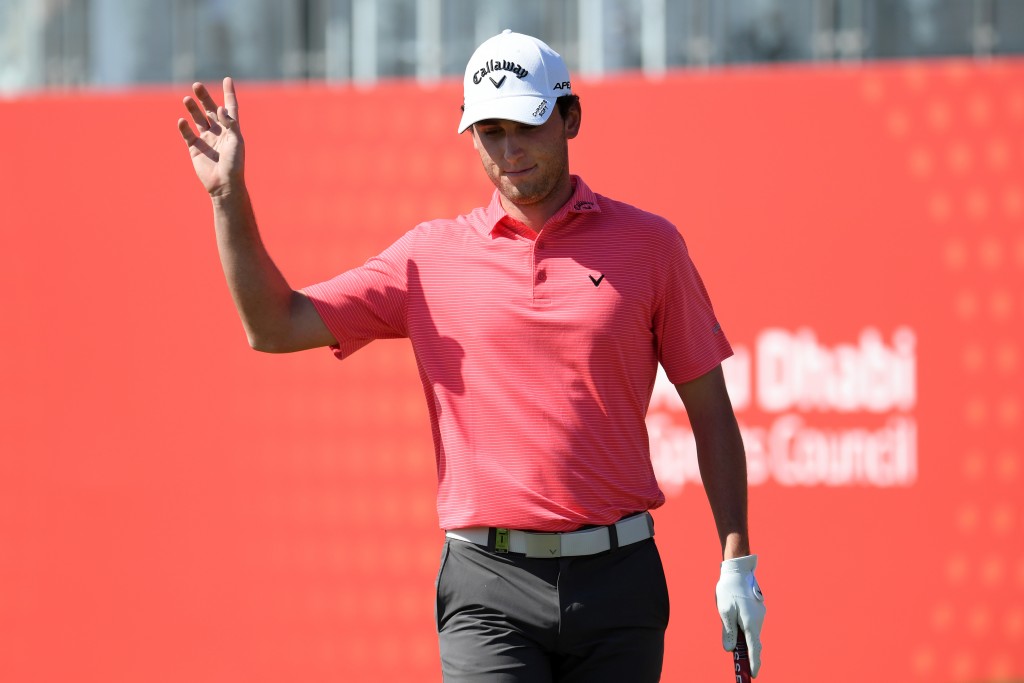 All the focus in the build-up had been on the big names bidding for the riches on offer in the United Arab Emirates during the first Rolex Series event of 2020.

But Norris and Paratore both fired rounds of 64 to share the lead after round one, holding off a chasing pack including World No. 1 Brooks Koepka – on the comeback trail after a serious knee injury.

Koepka was the centre of attention as he made his competitive comeback after a three-month injury lay-off in the Race to Dubai event.

But his bogey-free round of 66 wasn’t enough to match Norris and Paratore’s efforts of eight-under par.

Koepka, who won four Majors between June 2017 and May 2019, was still delighted with his display. “It’s good to be back. Missed the competition, obviously,” he enthused.

“I played really solid. Missed a few putts early if I really want to pick it apart.

“Drove the ball well. Controlled the ball flight and controlled distances really well – and that’s what you have to do out here.

Last year’s USPGA winner got a major boost after chipping in at the 17th.

Brooks added: “To chip one in there – I wasn’t expecting that. But the short game was really good.

“The strike was really good. I worked hard with Pete Cowen in trying to make sure that I know what I’m doing and understand what I’m doing – and can make it repeatable.”

“The knee feels fine. It was a little sore last night. Just did some treatment on it. That’s expected.

“This is a first week I’ve walked 18 holes and I’ve done it three times already.

“It’s a little tired,” said Koepka, who first suffered knee problems back in March – and was forced to miss the USA win in the Presidents Cup at Royal Melbourne, in December.

The knee had not recovered sufficiently in time following a flare-up when he displaced his knee cap playing in the PGA Tour’s CJ Cup in South Korea, in October.

And Koepka admitted earlier this week he was not sure how long it would take before his left knee was as strong again as his right – or if it would ever be.

Paratore birdied his last four holes to take the lead as he chases his second European Tour win, after missing out in a play-off in his last start at the AfrAsia Bank Mauritius Open, in December.

“Today I started really good and made some good putts the first holes, said Paratore.

“It gave me confidence for the rest of the day, and I kept making putts, so it’s been a really good day.

“I just tried to focus on my game on every shot, and I managed to finish really good and made some putts.

“In Mauritius I played really solid from tee to green,” added Paratore, who won the Nordea Masters, at Barsebäck in Sweden three years ago.

“It gave me some confidence, and then in the break, I worked on my short game and more on the body. This helped me.

“Today I hit some long drivers. I didn’t hit many fairways, but I cut some corners, so some short clubs helped me.”

PARATORE was joined at the summit by Norris, who has risen to 60th in the Official World Golf Ranking with a win, four second places and four other top 10s in his last 14 events worldwide.

Norris spent three months before Christmas in Japan, where he won the Top Cup Tokai Classic, in October.

“I hit the ball nicely. Gave myself a couple of chances. Didn’t fall over the first couple of holes,” said Norris, who is closing in on a place in the world’s top 50, which could earn him a spot at Augusta if he can make the mark by early April.

“I told my brother (Kyle), ‘I feel like I’m hitting the lines and starting to feel the greens’,” added Norris.

“As soon as I made the putt on eight, and then nine, I just started feeling like it’s snowballing. I started hitting better shots close to the holes.

“Really gave myself super opportunities after that,” said Norris, who admitted the win in Japan was tinged with sadness – having lost his dad in 2019.

Norris, who won the Sunshine Tour’s inaugural Africa Open back in 2008, added: “It’s been a rough year last year after losing my father.

“But my brother is back on the bag again and feels like everything is working at moment.

“We are having a lot of fun out there, and that’s the main thing. Really happy with what’s happening.

“I got my card in Asia about five years ago and started to play the Asian Tour, and won an event which was co-sanctioned with the Japanese Tour.

“A good friend of mine told me, listen, take a membership up. The Tour is very good, and the courses are phenomenal and you’ll learn a lot.

“Over the last four years, I think overall, my game has grown a lot. I’ve really learned a lot out there.

“It’s nice to be able to take it out and bring it out here,” said 37-year-old Norris, who won his European Tour card at the 2010 Qualifying School

Koepka and Australian Jason Scrivener are two shots off the lead.

Fleetwood, the back-to-back winner at Abu Dhabi Golf Club two years ago, is in 50th place after carding a one-under par 71 – one more than defending champion Shane Lowry, in a share of 33rd spot.

•For live scores in round two of the Abu Dhabi HSBC Championship click here. 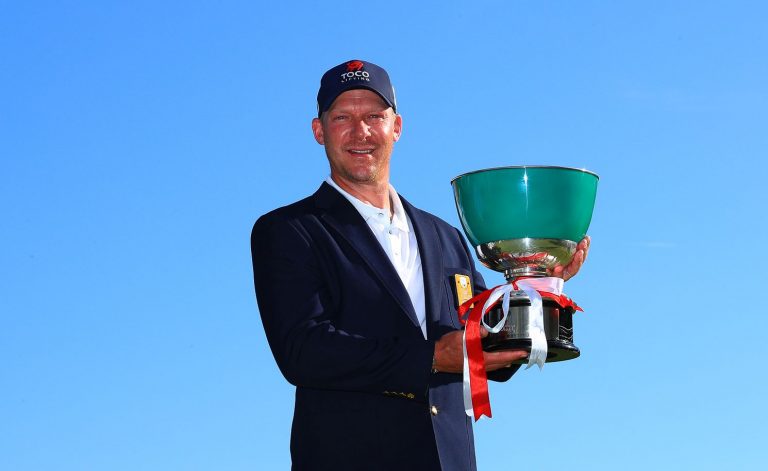 Norris praised brother on the bag after Japanese win

NORRIS dedicated his victory in Japan, in October, to his father who had died three months earlier – and praised brother Kyle for his help when he needed it most.

“I dedicate this victory to my father” said Norris, a two-time winner on the Asian Tour. “I wouldn’t have been able to seal this victory without the support of my brother.

“I can’t find enough words to describe this joy,” said after his win in the Top Cup Tokai Classic, at Miyoshi Country Club’s West Course – his fourth win in Japan since 2016.

“Our father gave us the chance to play golf. I really wish that he would still be alive,” added Norris.

“I lost concentration to play golf after making the double-bogey. I needed someone close to be with me.”