YORKSHIRE’S Ben Schmidt withstood a record-setting charge from Harry Hall today to hold on to a one-shot lead in the Brabazon Trophy at Alwoodley Golf Club.

Hall, from West Cornwall, swept up the leaderboard with an eight-under 63, which set a new course record and took him to 10-under in the English Men’s Open Amateur Strokeplay Championship.

Schmidt, meanwhile, shot two-under 69 – his third sub-par round – and is 11-under for the championship, which he is playing for the first time.

“It was tough out there today,” said the 16-year-old from Rotherham Golf Club.

Schmidt, who has the chance to become one of a small handful of teenagers – including Paddy Hine and Paul Way – to have won the Brabazon, added: “There was quite a bit of pressure and a fair few people watching, but I played pretty solid. I went out there and shot under par again – I haven’t given anything back yet.” 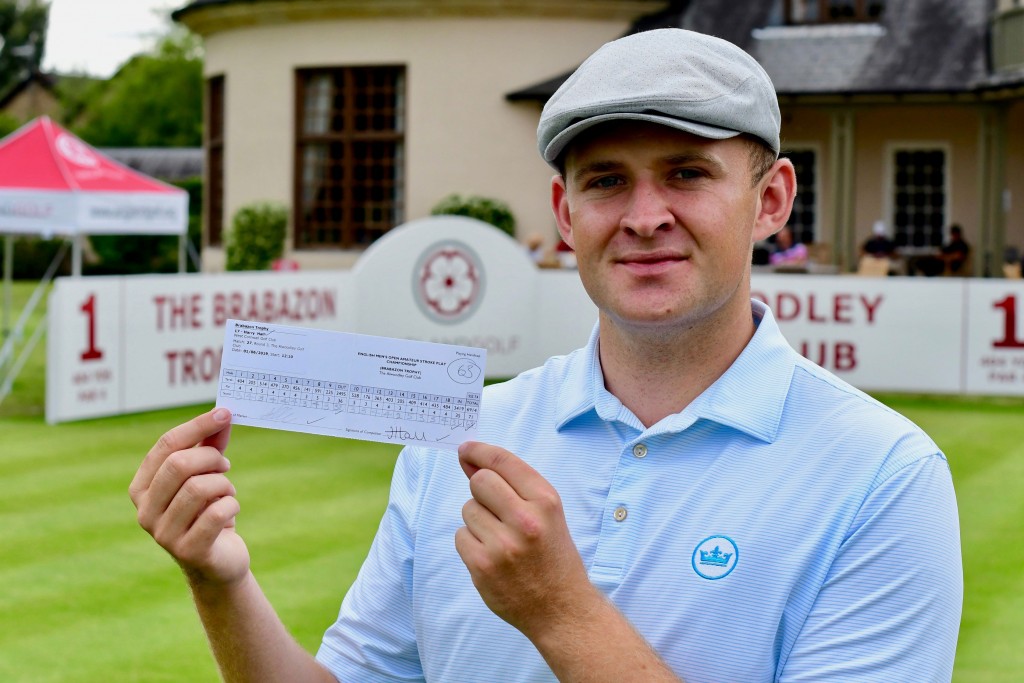 West Cornwall’s Harry Hall shot a brilliant 63 after fighting off the jet lag as the University of Las Vegas gradaute jumped up into second behind Rotheram’s Ben Schmidt at the Brabazon. Picture by LEADERBOARD PHOTOGRAPHY