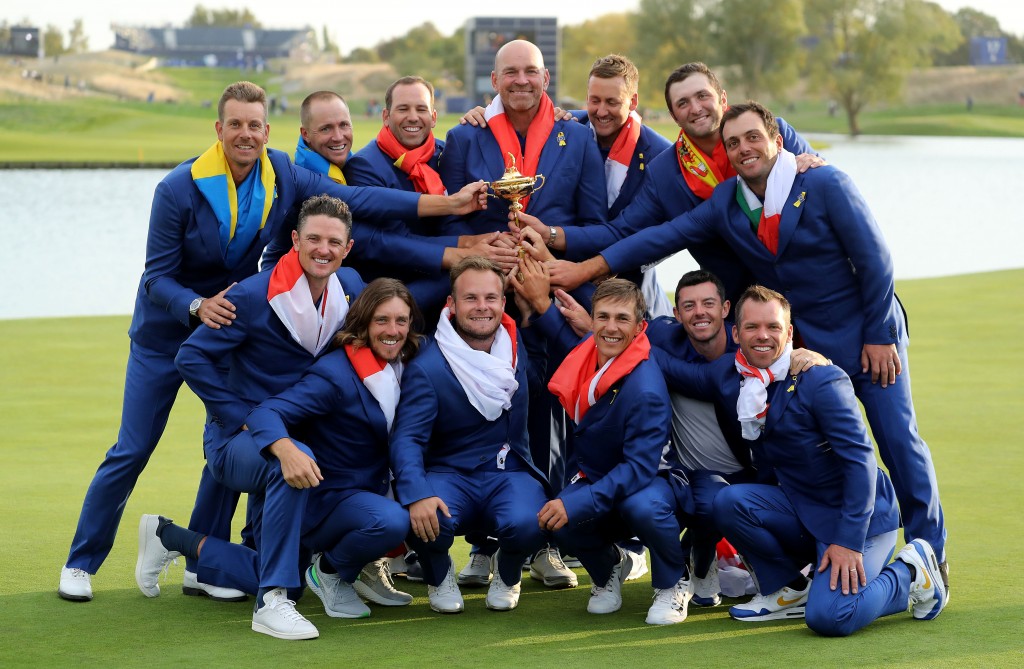 Thomas Bjørn’s team’s achievements in the 2018 Ryder Cup at Le Golf National was matched by the event’s commercial impact outside the ropes says a new study. Picture by GETTY IMAGES

THE 2018 Ryder Cup boosted economic activity in France by more than €235 million, according to a new report compiled by Sheffield Hallam University’s Sport Industry Research Centre .

It was only the second time the biennial contest had been played in continental Europe after Valderrama, Spain, in 1997 and the economic benefits to the host country have been outlined in a report commissioned by Ryder Cup Europe and supported by the French Golf Federation.

The report found economic activity in France as a result of the country hosting the 2018 Ryder Cup amounted to €235.7 million.

The figure takes into account spending by all spectators and event attendees, plus all the organisational spending, including by the French Golf Federation (FFG) and French authorities on course and infrastructure upgrades, and the development of 100 municipal golf facilities inspired by the bid to host the event, as well as other indirect or induced spending.

It represents a significant increase on the £106 million of economic activity in Scotland as a result of Gleneagles hosting the 2014 Ryder Cup.

European Ryder Cup director Guy Kinnings said: “The 2018 Ryder Cup was undoubtedly the biggest and most successful to be staged in Europe, with the considerable achievements of Thomas Bjørn’s team at Le Golf National matched by the wider commercial impact the event had outside the ropes.

“The figures highlighted in this economic activity report demonstrate the major benefits hosting a Ryder Cup brings to a country through spectator and visitor spending, in addition to the golfing legacy, which in France included the creation of 100 short courses.

“The significant increase from the 2014 economic activity in Scotland also underlines the continued growth of The Ryder Cup’s global appeal as one of the world’s biggest sporting events.”

France Ryder Cup 2018 committee president Pascal Grizot said: “From the beginning we always kept in mind that we wanted to show that our country, France, could benefit from welcoming the Ryder Cup.

“The teamwork across the board helped deliver that and as a result the event at Le Golf National was one of the best golfing experiences ever. It has also dramatically improved the audience of golf in France and served the development of the game.

“A separate report from the French Authorities will be released soon with comparable numbers, which confirms the very positive Economic Impact for the Region of Paris and the city of Saint-Quentin-en-Yvelines.”

Other key findings from the Ryder Cup Europe report include:

▪ Spectators arrived from more than 90 countries, with almost half of those visiting France residing in the UK (49 per cent)

▪ The other most prevalent places of domicile among visiting spectators were: the USA; Germany; Netherlands; Ireland; Belgium; Switzerland; Spain; Sweden and Denmark

▪ In total, spectators generated 220,000 commercial bed nights in the Paris region which included eight per cent of visitors who extended their stay beyond Ryder Cup week

▪ A total of 288,000 spectators attended the Ryder Cup – with some 88,000 different people visiting the biennial clash with America.

The report also concluded: “The legacy of Ryder Cup 2018 is likely to become more apparent over the next decade with a multitude of new municipal courses inspired by the event continuing to grow the golf market in France, while Le Golf National will host the Olympic Golf tournament during the 2024 Paris Games and continue to enthuse French people.”

The global reach of the 2018 Ryder Cup was also shown by a significant increase in social media engagement, with more than 22 billion global impressions across the week, whilst linear broadcast viewing figures were also up compared to the 2014 contest at Gleneagles.

Researchers from Sheffield Hallam University’s Sport Industry Research Centre (SIRC) compiled the study based on primary research involving more than 6,000 attendees and post-event consultations with stakeholders including Ryder Cup Europe, the FFG and many key suppliers across Europe.

It replicated the same event-compliant approach used in 2014 in Scotland to estimate the direct economic impact of The Ryder Cup at Le Golf National on France and the Paris region. 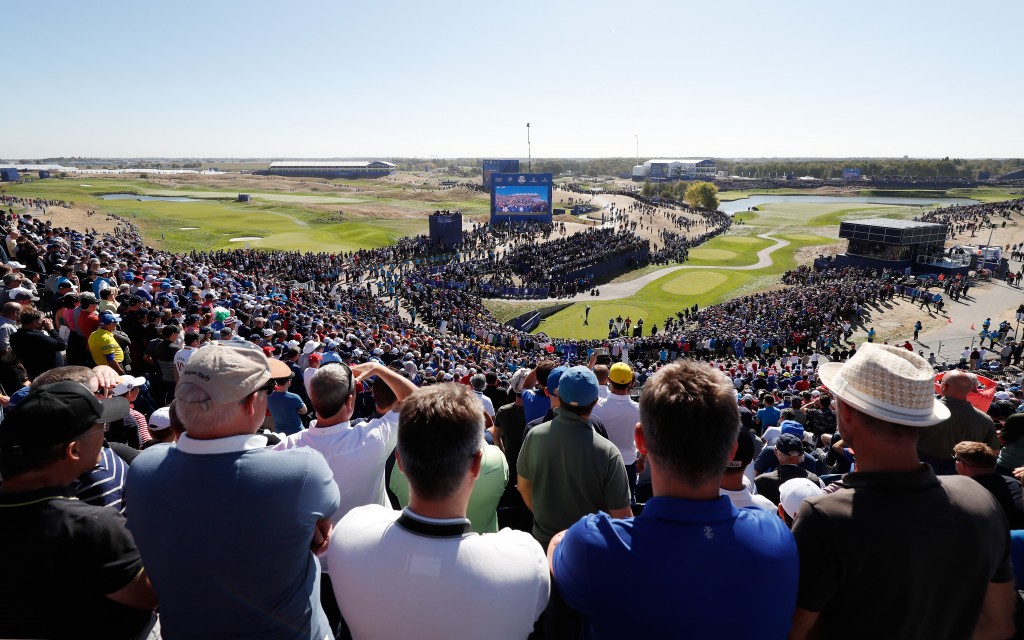 The 2018 Ryder Cup at Le Golf National, in Paris, attracted 288,000 spectators over the week, with 88,000 different people attending. Picture by GETTY IMAGES