Porthmadog Golf Club is situated only a mile or so from Clough Williams Ellis’ world-famous Italianate village at Portmeirion where TV series ‘The Prisoner’ was filmed – and Porthmadog’s intriguing mixture of heath land and linksland can be just as captivating.

Created at the turn of the century by James Braid, the genius course designer of his day, the course has two distinct halves. The front nine are away from the coast and although the soil is sandy the terrain is more accurately described as heathland. But it is none the worse for that, especially with the presence of water making itself felt on five of the holes.

The back nine head for the sea, and some beautiful scenery, and the course is transformed into pure links that have been likened to a miniature Troon. Certainly, there’s a lot to the locals’ claims that these are the most natural nine holes in Wales. None come tougher or more fascinating than the 14th.

Called the Himalayas, this is a 378-yards par four that demands you drive over a huge natural bunker that hides the fairway from the tee. Following immediately after the scenic delights of the cliff-top 13th tee this will ensure a memorable round.

Porthmadog and Borth-y-Gest Golf Club, as it was originally called, was opened in the very early 1900’s probably being played by 1905. Numerous changes and modifications have been carried out since those early days when members were expected to pay compensation for any grazing animals killed or injured by them. 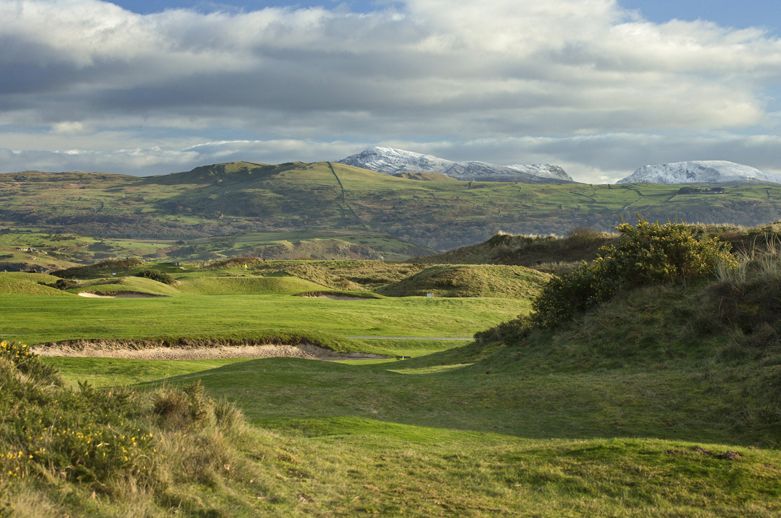