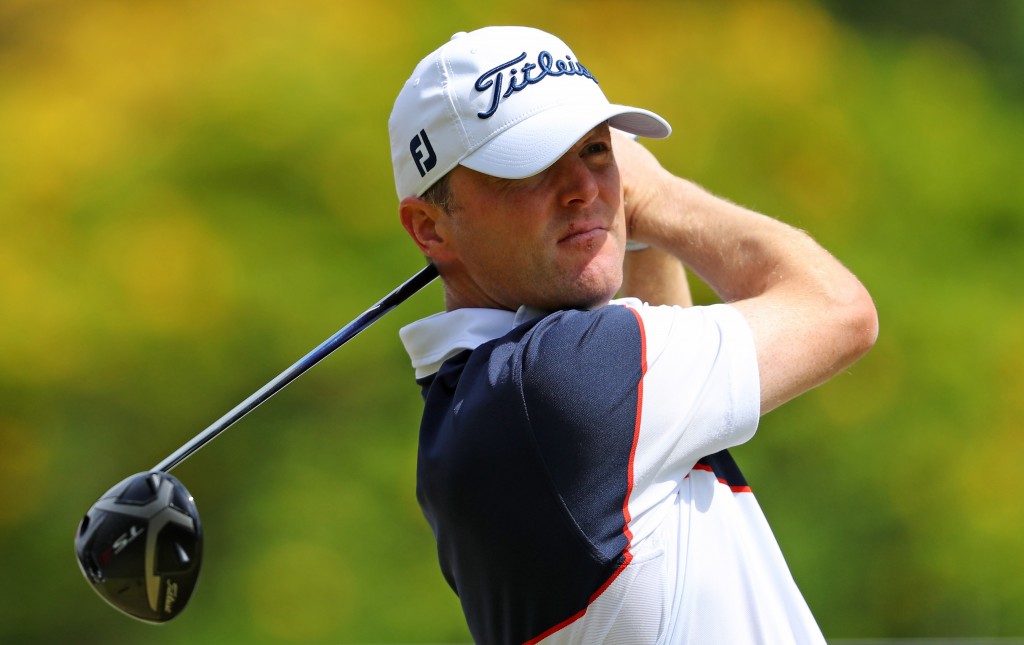 WITH three of the top five players on the European Challenge Tour rankings aged 35 or older, Michael Hoey says he has been inspired as he prepares to tee it up in the Hauts de France – Pas de Calais Golf Open.

The 40-year-old, a decorated professional who has won five times on the European Tour and three times on the Challenge Tour was quick to point out the motivation he is taking from 46-year-old Richard Bland’s runner-up finish to 36-year-old Ricardo Santos at last week’s Swiss Challenge.

“I’ve taken a lot of inspiration from Blandy doing so well last week, definitely,” he said. “Santos and Ross McGowan having won too, it just shows the great thing about golf.

“Everyone talks about young bombers, but it’s not like we’re short, and in golf, it’s still a mental game.”

“Richard Bland had his best year only a few years ago. He made over €1million, hardly missed a cut all year and was in contention nearly every week on the European Tour. He was world-class at that stage.

“Golf is fickle, but you can still play well for four days if your body is still good, and he has shown that.”

Bland currently occupies the fourth position on the rankings, one spot ahead of 35-year-old McGowan in fifth, while Santos is edging closer to the top spot, and currently sits in second.

Hoey, who has been playing professional golf for 17 years, thoughtfully explained the logic behind why older players are positioned so well in the rankings this year.

“Golf course set ups have been tougher this year,” the Northern Irishman said. “We’ve been trying to get the courses tougher to help guys make more money on the European Tour when they do get there.

“They were fortunate to have some firm greens and some thick rough at the Challenge de España. and the cut was over par.

“Last week there was very thick rough in Switzerland and more often now, winning scores have been closer to 12-under than 20-under, so that helps the older guys a bit because it’s not as much of a bombing contest.

“We’ve been trying to get more rough for years. If you get bad weather you don’t get the rough, but the rough helps the older guys a lot because you get a tougher test.”

It used to be said that professional golfers did not peak until they were over 30-years-old, and while Hoey knows how increased difficulty brings more players into a golf tournament, he is complimentary of the next generation, who he believes are reaching a high-level much sooner.

“I think you can peak a lot earlier now because the coaching is so good. Technology, measurement devices, physios, everything. The guys are peaking a lot younger, but golf is a very frustrating game, so you need to be mentally just very, very strong, and that’s why you see some of the older guys doing well.”

This week will mark Hoey’s seventh appearance in the Hauts de France – Pas de Calais Golf Open, which comes 15 years after he first played the tournament at Aa Saint-Omer Golf Club – consistently the most difficult golf course on the Challenge Tour.

“It’s a mental battle out here, a lot of guys give up because you get some bad bounces. That’s why I’m playing this year because I feel like I’ve got a chance to win,” added Hoey, who beat Wiltshire’s Ian Campbell in the Amateur Championship final, at Prestwick, to earn a spot in that summer’s Open at Royal Lytham, and the 2002 Masters at Augusta.