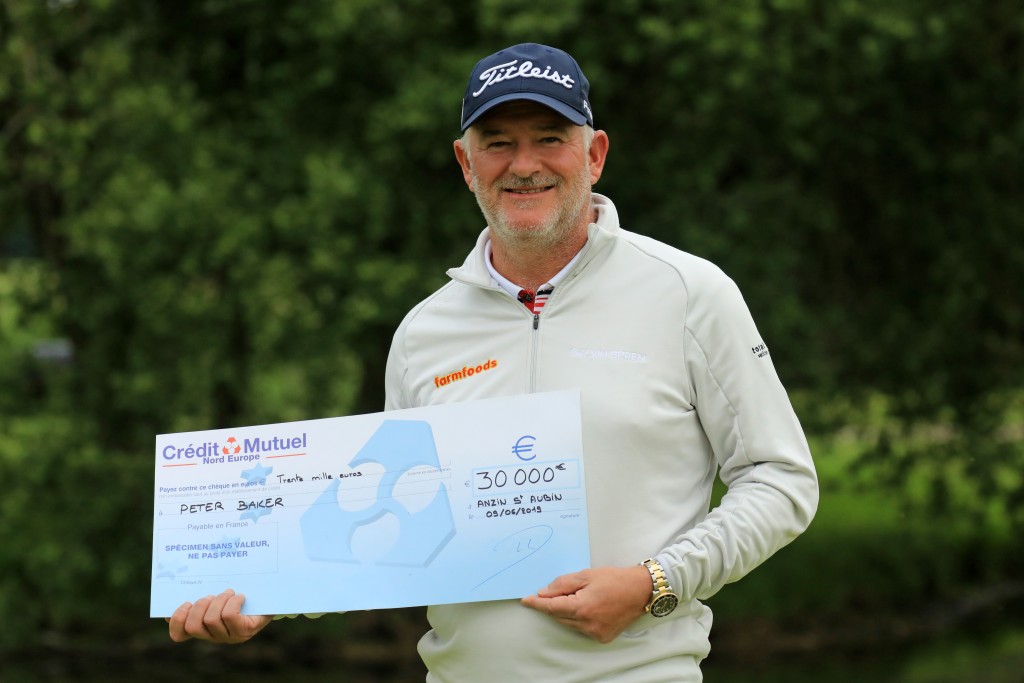 Peter Baker claimed the Senior Open Hauts de France by five shots to complete the treble of winning on the European, Challenge and Staysure Tours. Picture by GETTY IMAGES

NEARLY a decade after his last victory, former Ryder Cup player Peter Baker secured his first Staysure Tour title at the Senior Open Hauts de France – hosted by Jean van de Velde – after a final round 67, signing for a 13-under par total.

The Englishman, who joined the Staysure Tour in 2017 after turning 50, went wire-to-wire at Arras Golf Resort, having shared the first round lead with Miguel Angel Martín and then took a one-stroke lead into the final round before firing a five-under round to finish.

At the start of his final round, he quickly made amends after a bogey on the second hole with birdies on four of his next five, making the turn three under par. Baker then birdied the 13th hole and then made his sixth gain of the day on the 16th hole to move five strokes clear at the top of the leaderboard on 13-under.

“I’m delighted to get my first win on the Staysure Tour,” said Baker, who represented Europe at the 1993 Ryder Cup at The Belfry. “I’m relieved I’ve done it. I was in a strong position going out, I just wanted to play as well as I had done the first two days and it all came good.

“Hopefully this will give me some confidence to get up there again. No matter which Tour you play on it’s always hard to win, so you keep going, do the right things, and give yourself a chance.

“You do think about it every now and then – I’d won in the ’80s, ’90s, noughties, and I’ve won now, so that’s four decades. It’s amazing to think about it. It’s something to be proud of. To win on the Staysure Tour against these guys is something really special,” Baker added.

“When I birdied the 16th and was on the 17th tee I knew I was in a pretty strong position, so I knew a couple of pars would get the job done – but you still have to finish it off. I was really strong from about 130 yards in. It’s never really been my strong point but I pitched it really well and gave myself a lot of really good chances throughout the week.”

It was also Baker’s fourth victory in France, having won the UAP Under 25s Championship in 1990, the Tournoi Perrier de Paris with DJ Russell and 2007 Open AGF-Allianz Côtes d’Armor Bretagne.

“France has been really kind to me,” said Baker. “I like playing over here and it’s great to get my first win under my belt.

“I’ve known Jean since we were 14 or 15, so we have a lot of history together. What he’s done this week has been fantastic, he’s been a great host, and it would be great to come back.”

South African James Kingston carded a final round of 66 to take second place on eight-under, one stroke ahead of Austria’s Markus Brier.