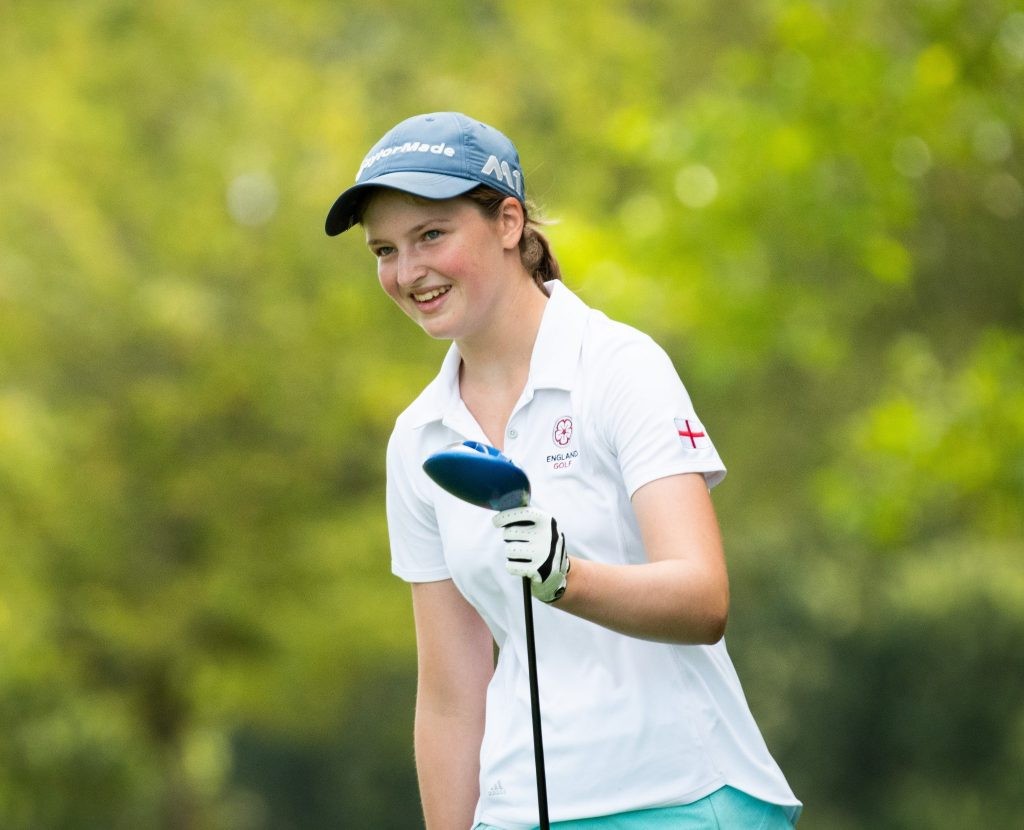 Lottie Woad is one of three amateurs to get an invite to the Brokenhurst Manor Women’s Open – the first of the new Rose Ladies Series. Picture by LEADERBOARD PHOTOGRAPHY

SURREY Ladies Amateur Champion Lottie Woad says it will be a thrill to kick-start her 2020 season competing alongside many of her golf idols in the first event of the Rose Ladies Series.

England Golf ambassador Justin Rose and his wife Kate are sponsoring eight such events between now and August.

Under 16 international Louise Burke, from Dorset, is the third England Golf representative in the field of 51 players.

It is the first post-lockdown event for players earning a living on the Ladies’ European Tour.

It’s an exciting return to action for the women’s game. Stars such as Woburn’s Charley Hull, Northamptonshire’s LET winner Meg Maclaren, and LET rookie Alice Hewson are heading to Hampshire.

Rose – the 2013 US Open winner and reigning Olympic champion – has sponsored the seven-event series and grand final with backing from retail outlet American Golf. 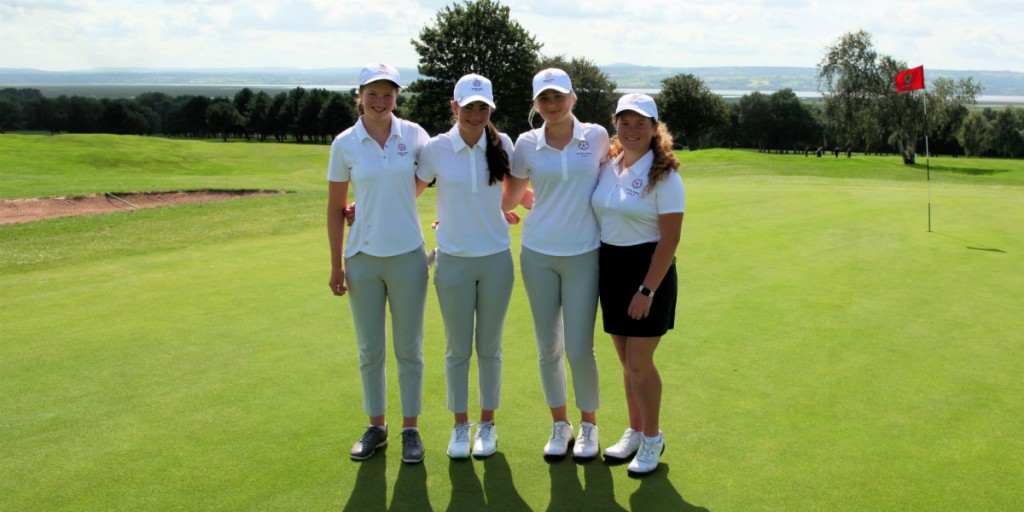 Lottie Woad (left) on England U16 duty last summer with Louise Burke (second from right), from Dorset, who is also in the field at Brokenhurst Manor

Woad working hard in her garden

WOAD has spent the past few months practising solidly in her garden at Her Farnham home.

And she is eagerly anticipating the day when she can return to competitive golf.

The fact that her comeback is in such a landmark event just makes the prospect even more exciting for the 16-year-old.

“It’s my first ever pro event and my first competition of the year,” said Woad, who became the youngest to land the Surrey crown, in April 2019, aged just 15

“I’ve not played an event since October when England took on Ireland at Hunstanton.

“I read on Twitter that these ladies’ events were starting up. I got in contact with the organiser – LET player Liz Young – to ask about amateurs being involved.

“Then Justin Rose came on board as a sponsor, and last Thursday I heard I was one of three amateur invites.

“It’s a brilliant way to start the season. I found out on Monday that I was paired with Meg MacLaren, which is really exciting.

“Meg was speaking to England players during an online session a few weeks ago. It was great fun and very helpful. So I’m looking forward to getting the chance to now play with her.”

Practice round will help Lottie with nerves 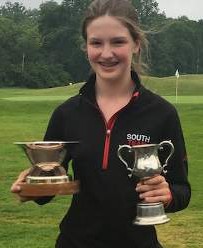 Lottie Woad has won both the Surrey Girls and Ladies titles

THERE may be some butterflies on the first tee for the England trio.

But Lottie Woad is just eager to get back on the course with a scorecard in her hand.

“I won’t overthink things and just try to play my own game – and not get caught up in the event itself,” added Woad, who will have dad Nick on the bag.

“I was down at Brokenhurst at the weekend to play a practice round. It’s less than an hour’s drive from where I live so really easy to get to.

“It’s a beautiful course and we even had a herd of deer join us on one of the holes.

“I feel my golf is in good shape as I’ve spent most of lockdown practising,” added Lottie, who won the Surrey Girls’ crown in 2018.

“My GCSE exams were cancelled, but fortunately I had good mocks to fall back on,” said Lottie, who added the Surrey Ladies’ title last spring.

“I was playing at Farnham Golf Club the first day golf was allowed back and birdied the first hole and shot two-under which was a good start.”

WOAD also made a splash on Twitter during lockdown with regular posts of her attempting a flop shot in her back garden.

Her exploits, picked up by the LET, Sky and The R&A, show off skills that Rose himself would be proud of.

“If I need to hit a flop shot then I should be ok,” joked Woad.

“I started hitting over a fence, then progressed to hit over a netball stand into a bowl.

“There’s no grass left in that bit of the garden now,” said Lottie.

The most successful British player in LET history is also down to play at Brokenhurst Manor. 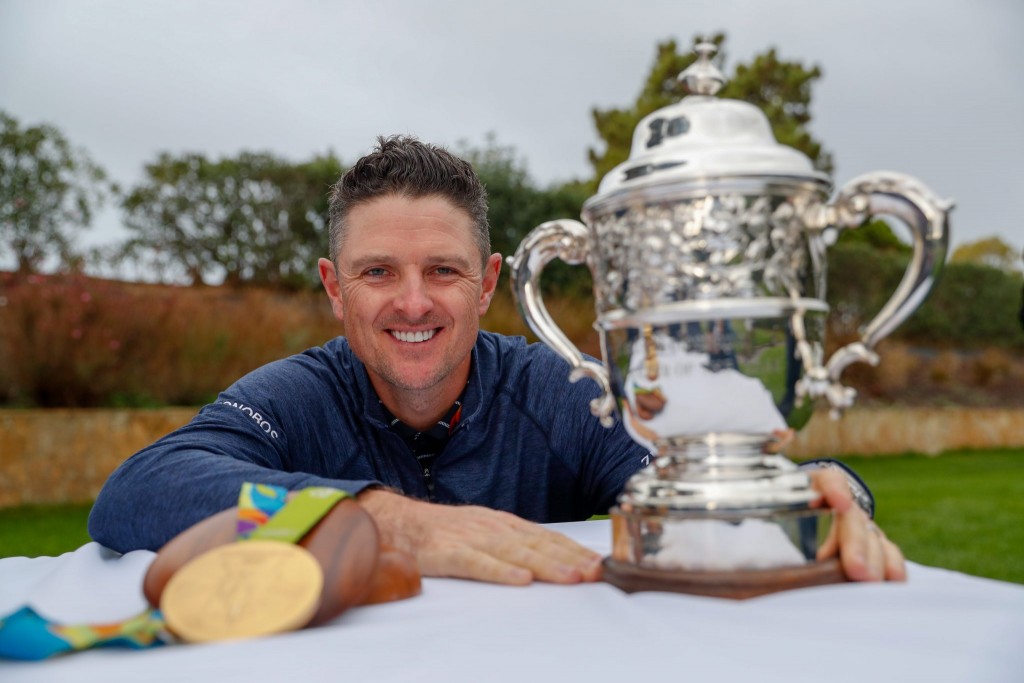