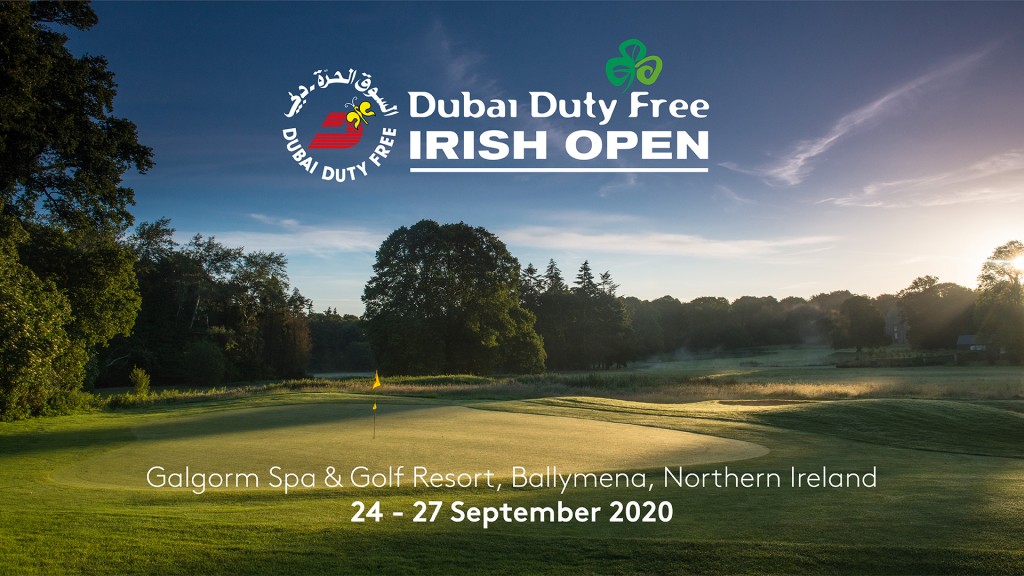 THE Dubai Duty Free Irish Open will be played in Northern Ireland for the fourth time since 2012 when the Galgorm Castle Golf Club hosts September’s tournament.

It will be the first time the County Antrim venue has hosted Ireland’s national Open with the event moving into the date vacated by the rescheduling of the 2020 Ryder Cup to 2021.

But the event will lose its Rolex Series status for this year and the prize fund has been cut – in line with the events put on as part of the new UK Swing this summer.

The 2020 Ryder Cup would have been a celebration of Irish golf with three-time Major Champion Padraig Harrington captaining Europe in the contest at Whistling Straits.

The winner of the Open in 2007 and 2008 will become the third European captain from either side of the Irish border in the past four contests.

While the Ryder Cup will now take place next September, the 2020 Dubai Duty Free Irish Open at Galgorm from September 24-27.will mark a new chapter in the tournament’s history after the European Tour’s announcement about the switch of venue.

It was originally scheduled to take place at County Kilkenny’s Mount Juliet Estate, from May 28-31.

But it was postponed because of the coronavirus pandemic at the end of March.

With quarantine restrictions for travellers into the Republic of Ireland ongoing – and the ban on mass gatherings still in place – the European Tour made the decision to move the tournament to Northern Ireland.

That will mean it will be subject to similar guidelines to the current ‘UK Swing’ events, including being played behind closed doors. 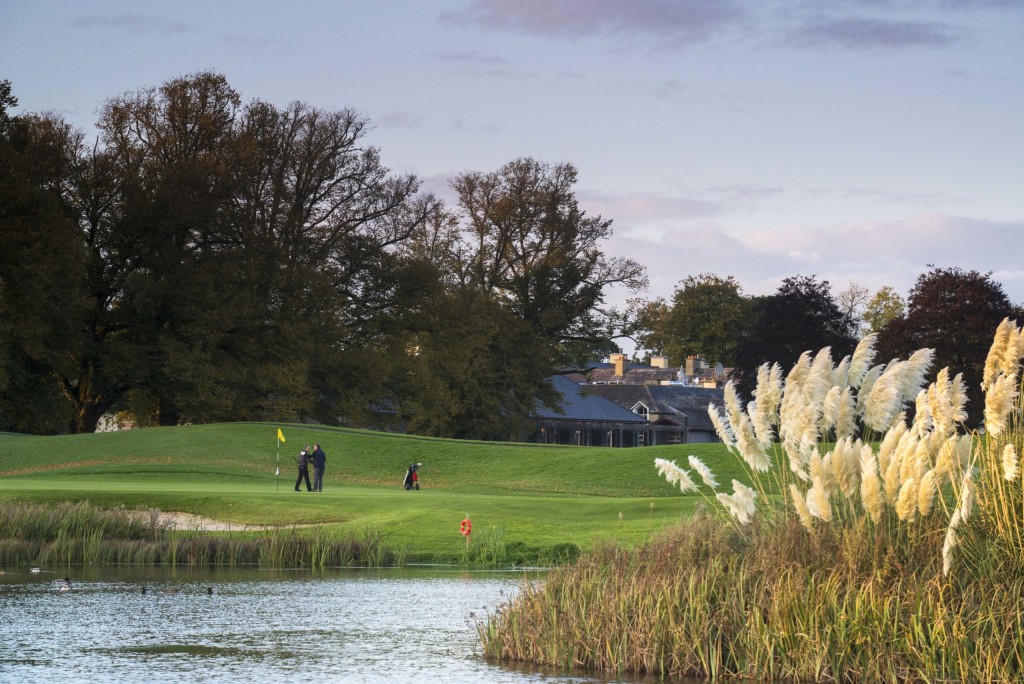 European Tour hope to return in ’21

PLANNING remains on-going for the tournament to return to Mount Juliet next year, providing all health guidelines in place at that time can be met.

This year’s Dubai Duty Free Irish Open will have a prize fund of €1.25million and therefore will not be part of the Rolex Series.

The European Tour will announce full plans for the Rolex Series in due course, it said on Friday.

The Dubai Duty Free Irish Open will, however, continue to drive Ireland’s status as a future Ryder Cup host country. The Ryder Cup’s centenary and the centenary of the Irish Open both fall in 2027.

Chief executive Keith Pelley said: “The Dubai Duty Free Irish Open is an integral part of the European Tour’s schedule and despite the obvious challenges of staging any event in the current circumstances, we felt it was important to continue with the tournament providing we could do so safely.

“We did that, first and foremost with the support of Colm McLoughlin and everyone involved with our title sponsor Dubai Duty Free who once again showed commitment and understanding of the current global situation.

“We also did it with the support of the Northern Ireland Executive, who deserve our sincere thanks.

“With the ongoing restrictions in the Republic of Ireland, we opted to move the tournament to Northern Ireland, and are extremely grateful to Gary Henry and everyone at Galgorm Castle Golf Club for stepping up to host us.

“I also want to thank Damien Gaffney and everyone at Mount Juliet, our original venue.

“Everyone at the Kilkenny course was ready to host the tournament this year until circumstances outside their control made that an impossibility.

“Hopefully, things will be different next year to allow us to return.”

DUBAI Duty Free chief executive Colm McLoughlin emphasised that staging an event that put the safety of players, staff and volunteers was paramount.

Mr McLoughlin said: “We have been working closely with the European Tour over the past several months to find a way of staging the Dubai Duty Free Irish Open this year.

“The priority of course has been to stage an event that strictly follows all government protocols in light of COVID-19 and to ensure the safety of players and all those involved in the event.

“We are pleased the Galgorm Castle Golf Club has been selected as a suitable venue, with the Galgorm Spa & Golf Resort as the official accommodation.

“Without a doubt, the tournament will be different this year, but we think the players and fans are going to enjoy this return to world-class golf on the island of Ireland.”

“After the success of the Open Championship at Royal Portrush last year and of recent Irish Opens in Portstewart, Royal County Down and Royal Portrush, Northern Ireland is proving once again that it is made for golf.

“I want to thank the European Tour and Tourism NI for its work in bringing this prestigious event to Northern Ireland – and to Galgorm for stepping in to host it.

“This will be another opportunity to showcase to the world how Northern Ireland and international golf work well together. I know it will be a huge success.” 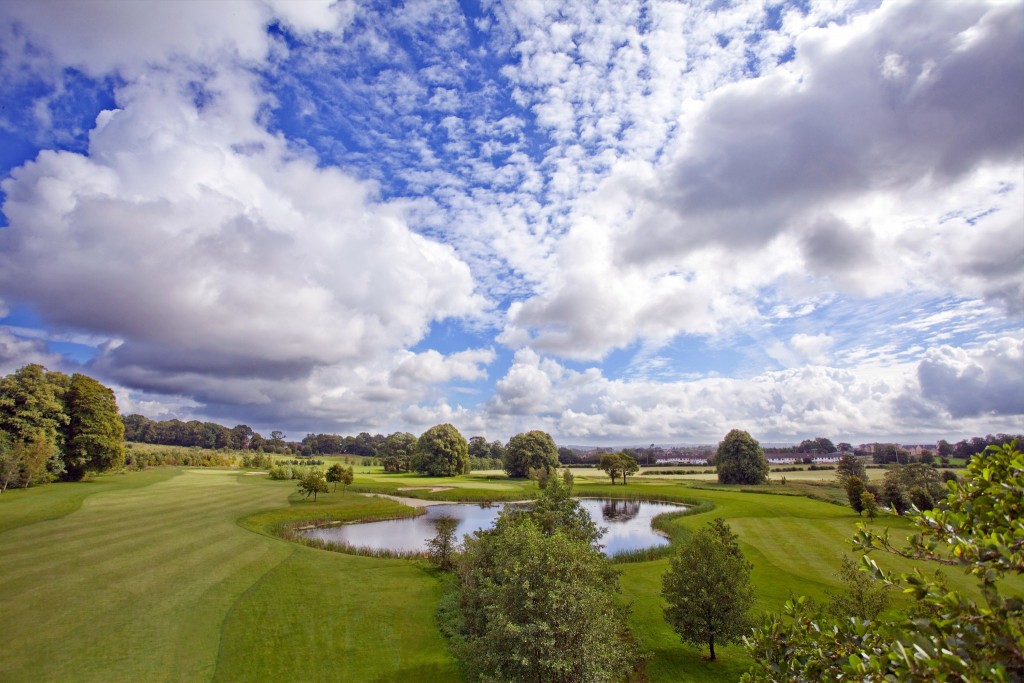 GALGORM Castle’s managing director Gary Henry said: “We are delighted to be the host venue for the 2020 Dubai Duty Free Irish Open.

“This outstanding tournament is steeped in history and we look forward to welcoming some of the best players in the world to Galgorm Castle Golf Club.

“To host the Dubai Duty Free Irish Open is an historic moment and wonderful opportunity to showcase the world-class facilities at Galgorm and demonstrates that Northern Ireland is open for business.”

The Challenge Tour’s Northern Ireland Open, supported by The R&A, will also be played at Galgorm at the start of September, he said.

Mr Henry added: “So the Dubai Duty Free Irish Open will be another welcome boost to the local economy.”

“But we totally understand and appreciate the reasons why. We will continue to work with the European Tour and put our energies into staging the event here next year.”

Galgorm Castle Golf Club has hosted the Northern Ireland Open on the European Challenge Tour since 2013.

Last year it staged the innovative – the ISPS Handa World Invitational Men|Women tournament, presented by Modest! Golf Management, which featured both a men’s and women’s competition.

Royal Portrush became the first course north of the Irish border to host the Irish Open since 1953.

The event returned to Northern Ireland in 2015, when Dane Søren Kjeldsen won at Royal County Down. And in 2017 Spain’s Jon Rahm triumphed at Portstewart Golf Club, the first of his two Irish Open victories to date.