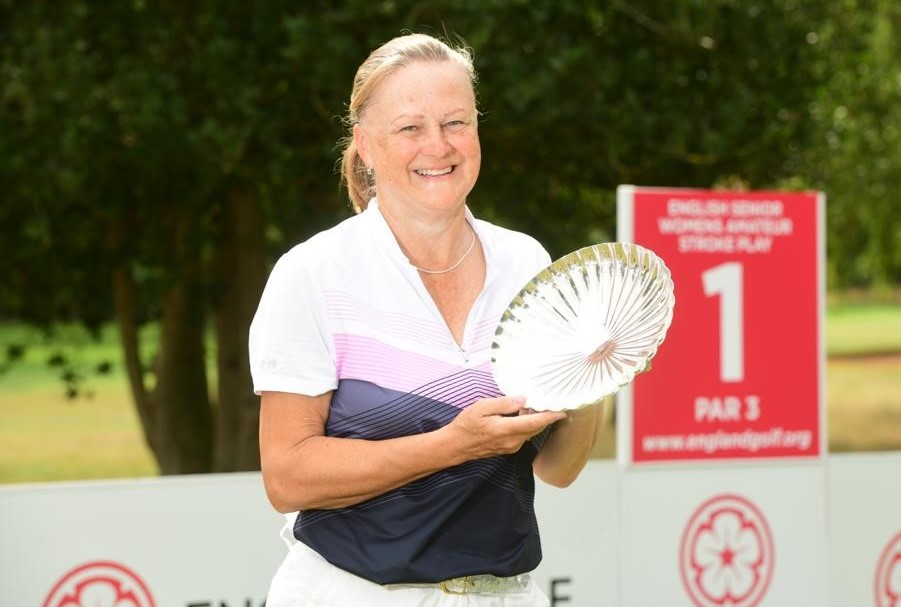 Minchinhampton’s Jane Rees won the English Seniors Strokeplay title by six shots at Frilford Heath – and her two-under par total on the Green Course finally gets her down to scratch. Pictures by LEADERBOARD PHOTOGRAPHY

On top of her victory the Gloucestershire golfer got her handicap down to scratch for the first time in her career.

Three rounds of 71, 69 and 68 allowed Rees to post a 54-hole total of two-under par on Frilford Heath’s Green Course.

That saw her romp to a six-shot victory at the Oxfordshire club where European Tour winner Eddie Pepperell is a member.

Jane’s final two sub-par rounds will mean a memorable cut in her handicap.

“First time ever down to scratch at the grand old age of 62!” said the Welsh international with a broad smile. “I’m delighted with that.

“I’ve been steady all week – the greens have been perfect for me as they are very receptive and not too quick.

“So, fire them into the pins and they are not too slippery. I didn’t three-putt again and my driving was better today.”

The Minchinhampton GC member’s final two rounds saw off the threat of her nearest competitors. 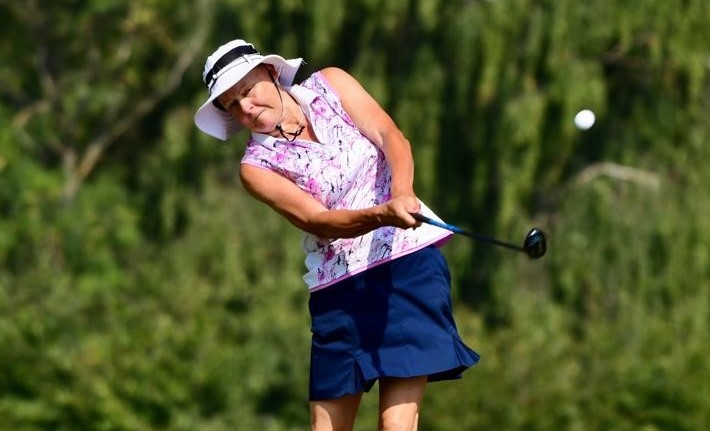 Rees was model of consistency

OVER three days played in sweltering conditions Rees was a model of consistency in the heat of battle.

Rees never dropped outside the top two all week after an opening round of 71. A sign of things to come was noted from her first three holes – all birdies.

Her second round 69 was characterised by four birdies in her opening five holes – and allowed Rees to carry a one-shot advantage into the final day.

Mercifully, the heat which marked the opening 36 holes of play had calmed down by the final round.

In the cooler air, Rees was able to start her round with a birdie at the second to put more daylight between herself and rivals – including last year’s champion Aileen Greenfield, from Sussex, and Hertfordshire’s two-time winner Jackie Foster.

Evans had been pushing hard for the title all week on her home course, but Rees was able to reel off three birdies in a row from the eighth to give herself a cushion going into the back nine.

Webb’s final round of 69 was the only other score under par as the tournament drew to a close.

With husband David supporting from the sidelines instead of on the bag, Rees said: “It feels very good. I’m quite excited.

“I was a bit lucky, a few trees helped me but I was much steadier today. It was not my normal game, I can assure you.

“My husband would normally caddie, but he was here to watch.” 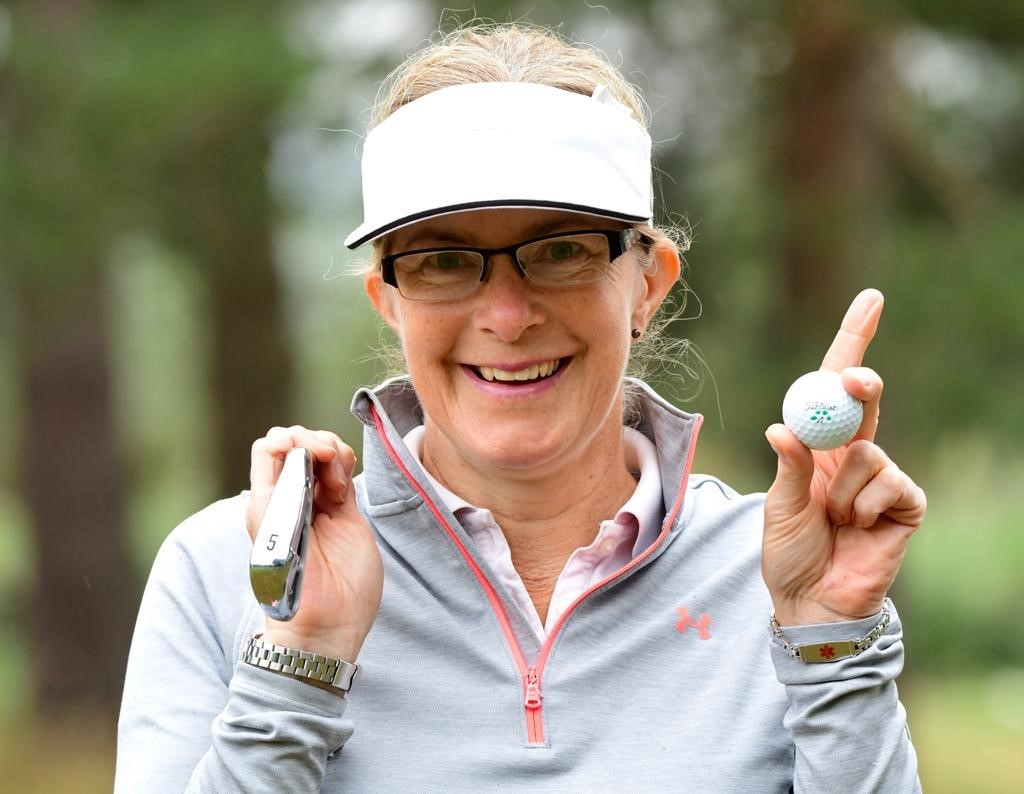 Royal Cromer’s Tracey Willliamson made a hole-in-one at Frilford Heath’s first hole on the Green Course, during the final day of the English Seniors’ Strokeplay Championship

THE final day of the English Seniors’ Strokeplay Championship was also a day that Tracey Williamson will recall fondly.

The Royal Cromer member had an ace at the 164-yard first hole with a beautifully struck five-iron.

It was the fourth hole-in-one of her career and second in an England Golf tournament.

The pair are past winners of Royal Mid-Surrey’s famous Mothers and Daughters competition.

The 36-hole event was shortened to 18 holes after thunderstorms moved into Frilford Heath before the conclusion of the second round on Wednesday.

Lucey – who plays off 10 at Addington Palace – took the honours with her nett first round score of level par.