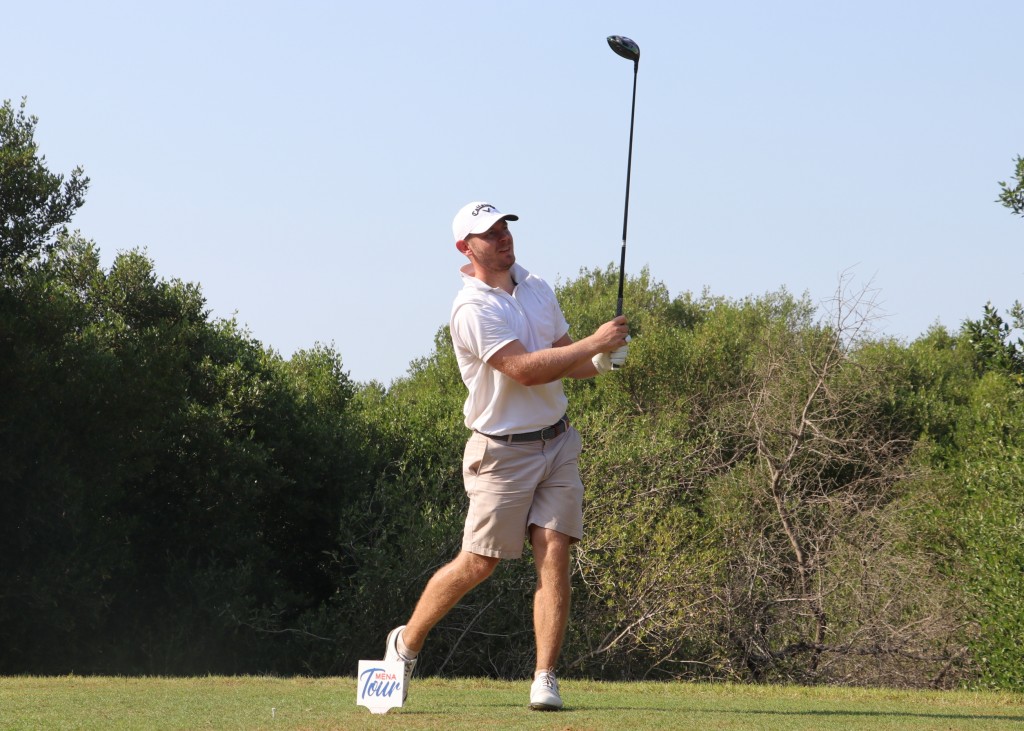 SCOTLAND’S Scott Henry climbed to the top of the leaderboard after enjoying some serious family time during the Ras Al Khaimah Open.

The Challenge Tour regular followed his opening-round 65 with a six-under par 66, at the United Arab Emirates’ Tower Links Golf Club, on Tuesday.

The 32-year-old from Clydebank had brother-in-law Christopher Walker on the bag in the Arena-sponsored MENA event, the penultimate tournament on the Journey to Jordan before next month’s Tour Championship.

Henry’s idea of having fun was to add seven birdies and an eagle to his seven-birdie round on Monday, to take a one-shot lead over young Swede Niclas Weiland (67) and overnight leader Marco Iten (68) of Switzerland after posting a 13-under total.

Wellingborough GC’s Kyson Lloyd (65) moved into fourth place on 11-under after an excellent 65, while Burhill GC’s Australian Daniel Gaunt – trying to chase down South Africa’s MG Keyser in the Journey To Jordan – moved to tied fifth place at nine-under alongside Sweden’s Gabriel Axell, after they both shot 68.

Henry, winner of the 2012 Kazakhstan Open – which used to be the most valuable tournament on the European Challenge Tour – showed his class with a superb display from tee to green, especially on the front nine, including an eagle on the seventh.

Henry said: “I was five-under par through seven holes and I think it was the best I could have ever played tee-to-green.

“The back nine was a bit up and down and I played some scrappy shots coming in. But a birdie on the last was a good way to finish and I am looking forward to the challenge tomorrow,” added Henry.

“I have my brother-in-law on my bag this week and we had great fun on the course. He caddies for my wife (Kylie) on the Ladies European Tour, so he knows his business and he helped me enjoy my round.

“It doesn’t matter whether I am in the lead because I will have to go and play some aggressive golf and shoot some low number tomorrow.

“There are a lot of birdies on this golf course, so the only way I can protect my lead is if I make a few myself and stay ahead.”

His playing partner Weiland had an equally good start and was also five-under through seven, but could not keep pace with Henry on the back nine.

Even though four shots worse than his opening round 64, Iten was happy with his 68.

“The only disappointment was a bogey on the 17th when I really wanted a birdie there and the last,” said Iten.

“At least I got one on the 18th. I am playing good golf, so let’s wait and see what tomorrow brings,” said the Swiss player looking for some form going into next week’s European Tour Qualifying School, in Spain, after losing his Challenge Tour card last week.

Sweden’s Erik Lindwall made a hole-in-one on the par-three eighth hole, hitting a perfect six-iron from 214 yards. That helped him finish the round on four-under.

The cut was applied at level-par with 48 professionals and nine amateurs making it to the final round on Wednesday.

Hampshire’s 2017 Amateur Champion Harry Ellis has ground to make up if the former Florida State University player is to improve on his back-to-back runner-up finishes on the MENA TOUR.

The 24-year-old from Southampton, who is a member at Wentworth GC, carded a 68 to go with his opening 69 to sit in a share of eighth place, six shots behind Henry.

•For full live scoring from the final round of the Ras Al Khaimah Open click here. 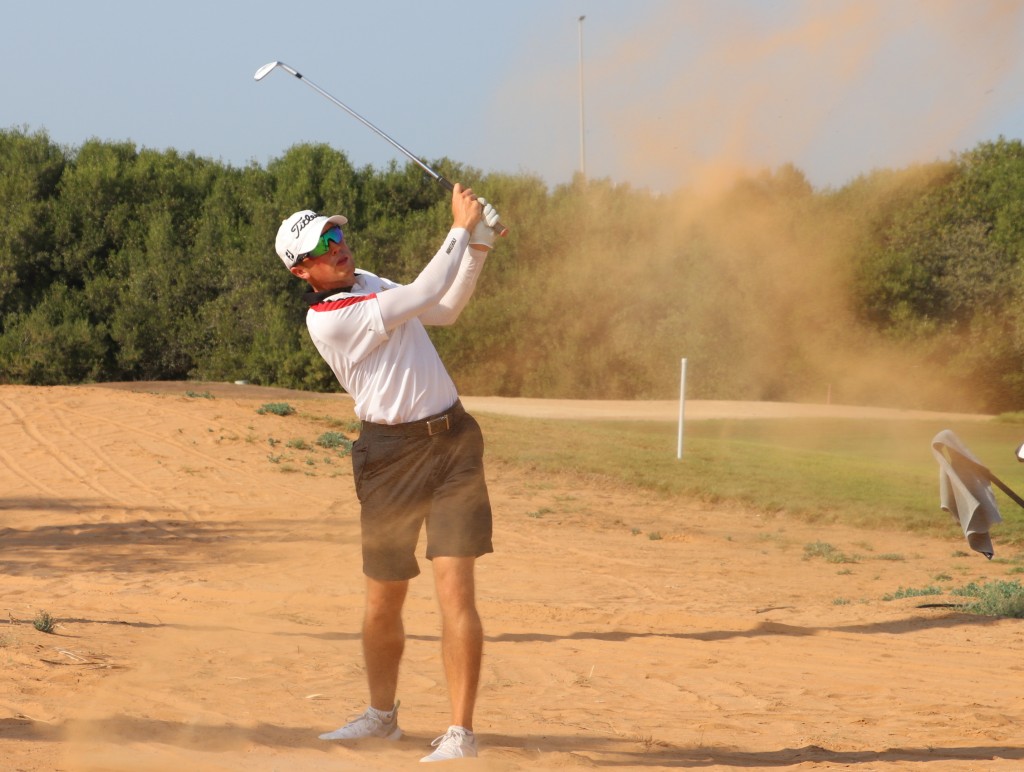