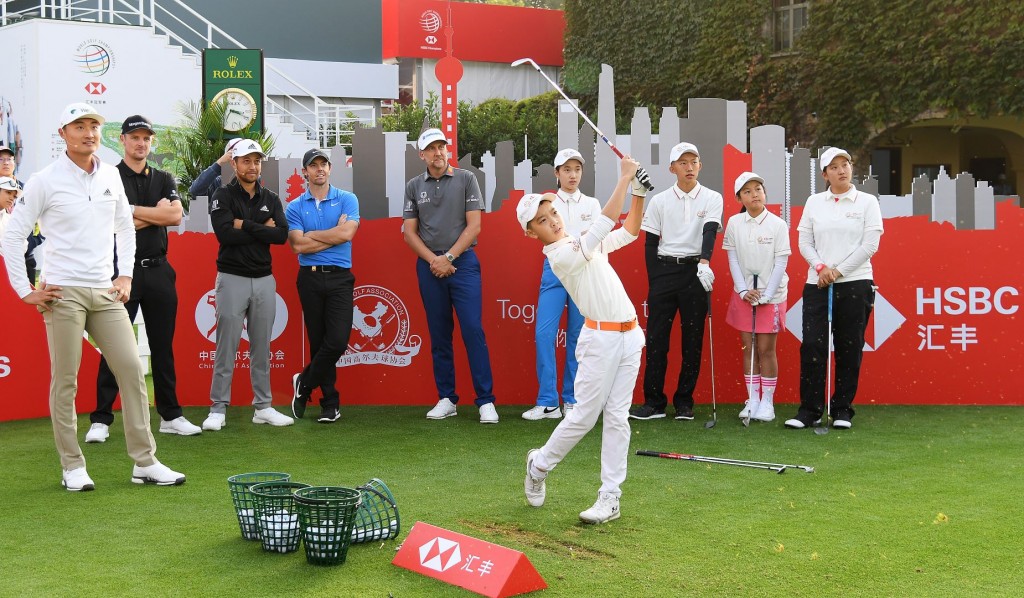 SOME of China’s leading young golfers got some first-class tips from the world’s best Tour players, including Rory McIlroy and HSBC Champions’ defending champion Xander Schauffele, in Shanghai.

And local hero Li Haotong surprised some of China’s most promising young players at the driving range at the first practice day of the World Golf Championship tournament.

Celebrating 15 years of world-class golf in Shanghai, the event has brought some of the game’s biggest stars to China.

And the “best golf lessons ever” were given to five junior players as a reward for showing outstanding progress during the junior program’s 2019 season.

The unique range clinic served as the ideal warm-up for later in the week, when the aforementioned stars tackle the testing Sheshan International Golf Club at the final World Golf Championships event on the 2019 Race to Dubai.

Li, a graduate of the CGA-HSBC China Junior Golf Program, said: “When the first HSBC-Champions took place in 2005, I was just nine years old.

“In that time, it has been incredible to be part of a huge rise in interest in golf in China,” said Li.

“I am extremely proud to see the growth of the game I love and to see so many kids coming through.

“It was a privilege to connect with some of the future stars of Chinese golf today, and hopefully help set them off on their own golfing journeys.”

McIlroy, who has finished in the top five on three previous occasions, came through the Faldo Junior Series more than a decade ago.

The Northern Ireland star who has been unable to add to his tally of four Majors since his last in 2014, said: “Whenever you play WGC-HSBC Champions you feel like the eyes of the entire country are on you.

“It’s great to compete in front of this growing and energetic audience of golf fans who are extremely knowledgeable and committed to the game.

“All the work that has been done to support golf in the country is certainly paying off, both in the growth of the fanbase and the talented young golfers we met today.”

Schauffele, an American whose Chinese-speaking mother witnessed his victory in Shanghai last year, said: “WGC-HSBC Champions will always hold a special place in my heart having won last year in front of my family.

“It’s great to be back and to be able to meet some of these young Chinese stars. Thanks to the work done to encourage the game here in China there is now a really strong pool of talented players across the country.

“I’m sure that some of the kids I met today will be winning global tournaments before we know it,” added Schuaffele.

•For tee times at this weeks HSBC Champions click here.