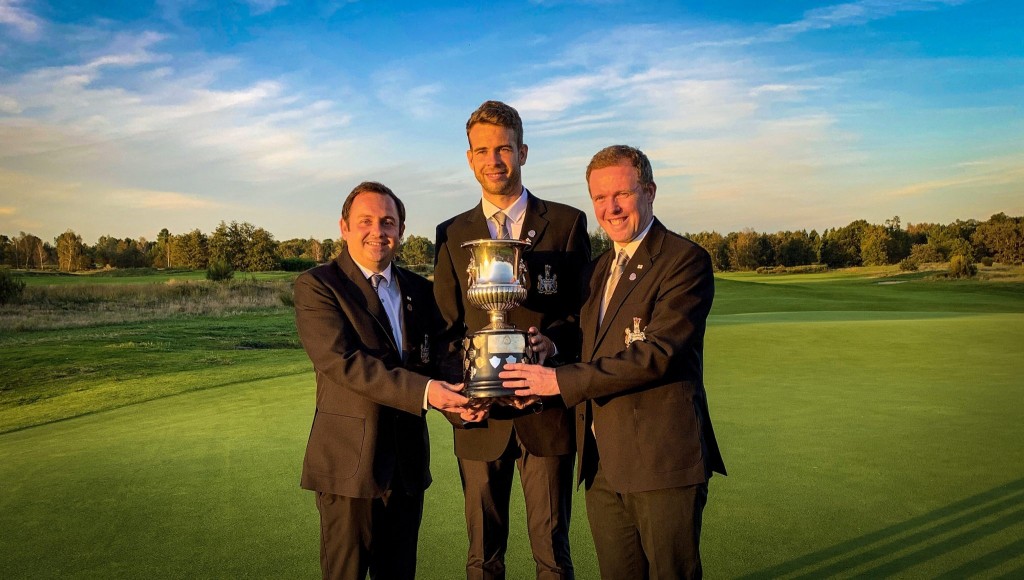 CITY of Newcastle GC were crowned European Club Champions after a stunning fightback saw them defeat rivals from 24 other nations to win the Albacom Trophy at the finals in France.

England’s representatives from Northumberland started the day six shots adrift of Germany’s Stuttgarter GC at the Golf du Medoc resort near Bordeaux, as the cream of the continent battled for the European Men’s Club Trophy.

With two-out-of-three scores counting towards the team total, a pair of level par rounds from Alex Dixon and Andrew Minnikin left City of Newcastle in among the pack and requiring some final day fireworks.

Dixon duly obliged with a brilliant five-under par round of 66 and – allied with a one under par round of 70 from Phil Ridden – it allowed the English champions to add European glory to the national title won in some style last month, at Romford GC, in Essex.

A team total of six-under par for the two-day tournament was enough to leave all their rivals in the shade. Icelandic team GKG finished four shots adrift in second place.

Dixon’s final round included five birdies on the front nine and also helped him finish second in the individual event just a shot behind Frenchman Raphael Le Bot.

The three-man City of Newcastle team – all of whom have plus-three handicaps – stopped a winning run from home favourites Racing Club de France La Boulie, who entered the 45th staging of the event looking to win their fourth title in five years.

The “Geordie boys” have made City of Newcastle just the third English club to be crowned European Champions since 1975.

And they are the first winners since Ealing carried off back-to-back wins in 1990, at Alhoa – the Middlesex club’s win came at the Spanish club, which hosted the Albacom Trophy for the whole of the ’80s.

Irish champions Galway finished 11th while Welsh chamions Mountain Ash were 17th out of the 25 European golf federations represented. Scotland did not enter a team.

Ireland’s Shandon Park won the event twice in the 21st Century after back to back wins in 2000 and 2001 while Scotland’s only win came at Vilamoura in 1994 when Kilmarncock were crowned European Champions.

•To see the full results from the 2019 European Men’s Club Trophy click here.