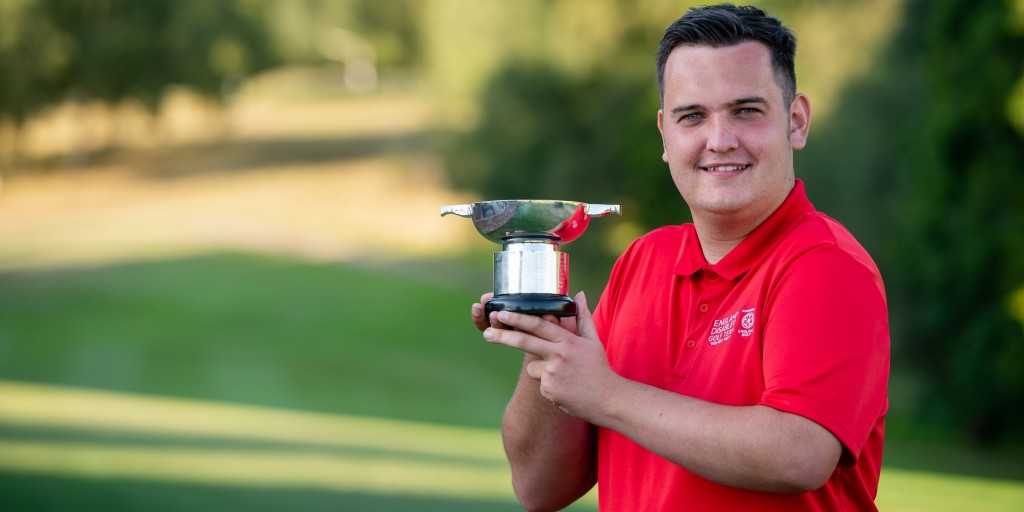 WORLD No.1 George Groves claimed his first title on home soil when he beat a strong international field in blustery but dry conditions in the 2019 English Disability Open staged over Stoke by Nayland’s Gainsborough course.

Groves’ rival finished on seven-over par with Woking’s Ami Bullock taking third place a further four shots behind to make it a one-two-three for Surrey with Oxfordshire’s Andrew Gardiner, from Kirtlington GC, a further shot back in fourth.

The victory made up for the disappointment of being pipped to the title 12 months ago by Beardsall Priory’s Michael Horsley at The Warwickshire.

And it should also earn Groves a place in the field for the disability event being run in tandem with the European Tour’s season-ending DP World Tour Championship in Dubai, in November.

“It was great to get my first English title under the belt,” said new champion Groves. “There’s a lot of competition out there for my World No. 1 slot and hopefully this is enough to secure my place to Dubai.

“I really loved the course and the competitors here at Stoke by Nayland and am really happy with the result.”

The English Disability Open, which was part of the England Golf championships calendar for the first time, was open to players who are eligible for the World Rankings for Golfers with a disability (WR4GD).

It attracted 42 male and female competitors from across Britain, France and The Netherlands, including new players Ellie Perks, from Worcestershire’s Hagley GC, and Cheshire’s George Blackshaw, from Delamere Forest GC.

The Shropshire’s Tony Lloyd finished on one-under par to win the handicap prize for players off 20 or less after carding a nett total of 143.

In the Stableford competition for players off more than 20, Llanwern’s Kevin Cook recorded rounds of 34 and 29 points to win the title by two points with his total of 63 points.

The presentations were made by John Williams, past president of England Golf, and Susanna Rendall, director of Stoke by Nayland Hotel, Golf and Spa.

England Golf’s inclusion manager Jamie Blair said: “This event truly shows that golf and the handicap system focusses on your ability as a golfer and not your disability.

“Stoke by Nayland have been fantastic hosts and I would like to say thank you to the management, staff, members and volunteers who have embraced this event, creating a welcoming environment for players new and experienced and making it a huge success.

“I would also like to say thank you to our referees and to the R&A for their support.

“Without them, we would not be able to run a championship that showcases the game at the highest level of competition for golfers with a disability in England.”