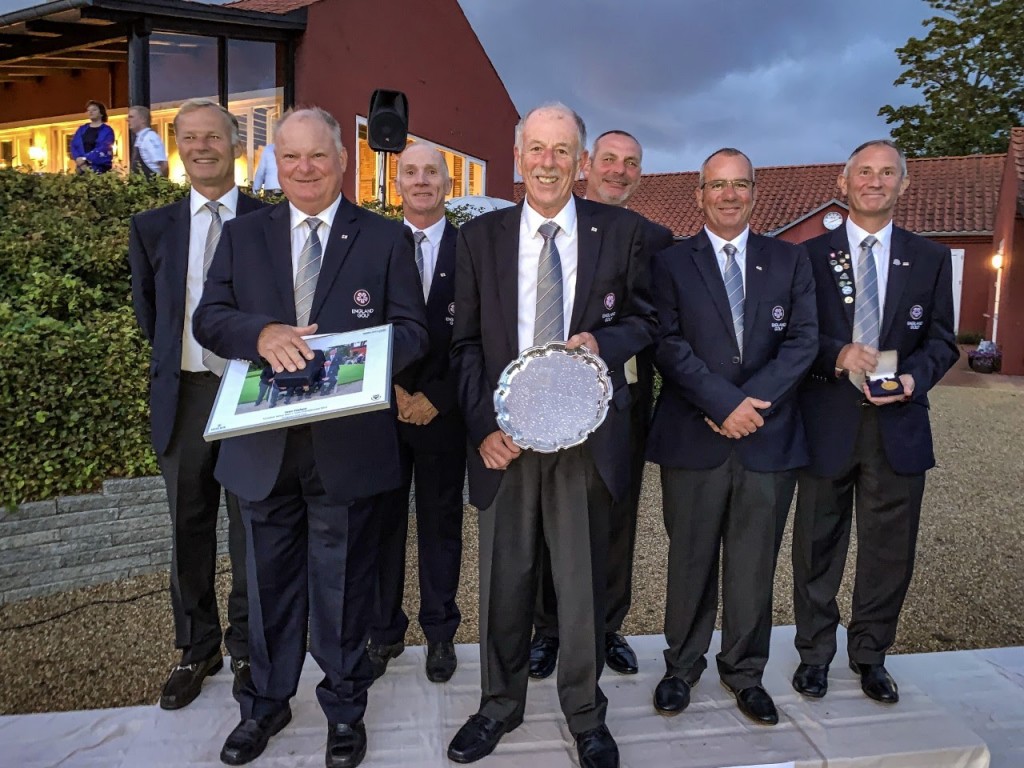 The men started their tournament slowly, finishing in fourth place behind Scotland, Ireland and hosts Denmark after the 36-hole stroke play qualifier at Rungsted.

However, they went on to beat both Sweden and Scotland 4-1 in the opening two rounds of the knockout match play before finishing the job with a 3½-½ victory over Ireland in the final.

Surrey’s Ian Attoe and Hampshire’s Alan Mew were in commanding form as the beat Karl Bornemann and Jim Carvill 6&5 in the foursomes.

Sunningdale’s Rupert Kellock claimed a 2&1 win over Peter Sheehan in the singles.

And that was followed by a 5&4 win for Rotherham’s Rich Jones against John O’Brien and a half for Beverley & East Riding Golf Club’s Richard Norton against Steven Graham.

Meanwhile Alan Condren claimed a consolation point for the Irish with a 3&2 victory over Paul Wharton, from Lincolnshire’s Woodhall Sap.

England captain Roy Smethurst, from Cheshire, attributed the team’s success to their consistency and strength in the knockout foursomes.

Smethurst said: “All the players played well, it was the consistency of the team that was key to success. Particularly the foursomes pairing in the knockout matches. Everyone played well in strokeplay.

“We wanted to make the top eight in the strokeplay and there were some good scores there. I was disappointed to finish fourth as on paper I thought we had the best side.

“But since the matchplay started I put a strong team out in the foursomes and in all three matches they got us off to a strong start.”

It was England’s first victory in the championship since their win on home soil at Fairhaven in 2010 – and it was a huge success considering the team hadn’t made the final for several years.

“We won it in 2010 and I’ve been captain for the last five years and I’m delighted to finally secure the win,” Smethurst added: “The four years prior we hadn’t been in the final at all – to win was a real achievement.

“It was a fantastic week. To beat the Scots and the Irish is always a big thing and we get to play them again this week in the Senior Home Internationals.” 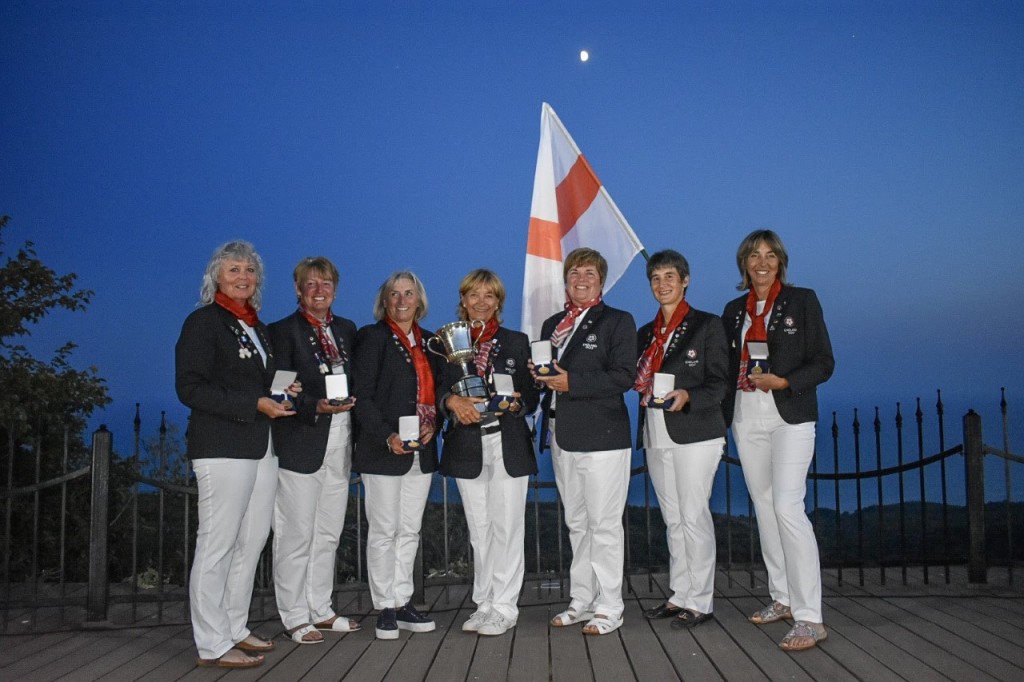 Meanwhile, out in south-eastern Europe, the England Senior Ladies’ Team were securing their own success by defeating Spain to secure their first Senior European Championship since 2014.

The ladies’ team started the tournament at BlackSeaRama in Bulgaria by finishing third behind Sweden and Ireland in the 36-hole strokeplay qualifier.

They then went on to beat both France 3-2 and Ireland 3½-1½ to reach the final. There they defeated Spain, looking for their first-ever triumph, by the same scoreline to cap a wonderful weekend for the senior English teams.

Cheshire’s English Senior Women’s Amateur Champion Caroline Berry (Bromborough GC) and Wakefield’s Julie Wheeldon got England off to a great start when they combined to beat Xonia Wunsch and Maria Trallero 2&1 in the foursomes.

Macarena Campomanes beat Leicstershire’s Helen Lowe (Scraptoft GC) by one hole in the first singles before Worthing’s Paula Carver and fellow Sussex ace Aileen Greenfield (Pyecombe GC) got England over the line with 4&3 and 3&1 victories over Maria Castillo and Lourdes Barbeito, resepectively.

Bishop’s Stortford’s Jackie Foster – runner-up to Greenfield at the English Women’s Strokeplay this summer, as well as a semi-finalist at the English Senior Amateur – halved the final singles against Maria Orueta.

England captain Debbie Richards, from Surrey, was pleased with the team’s immediate connection across the week.

Richards said: “Team spirit was the secret this week. Everyone got on well on and off the course – we all just jelled so well. Everyone came into the tournament playing well and we just kept it going.

“When you get to the last eight, anyone can win. The talent and the golf is amazing, it’s like watching lady pro’s play.

“It proves how much talent there is in ladies golf at the moment, and we’re only amateurs.”