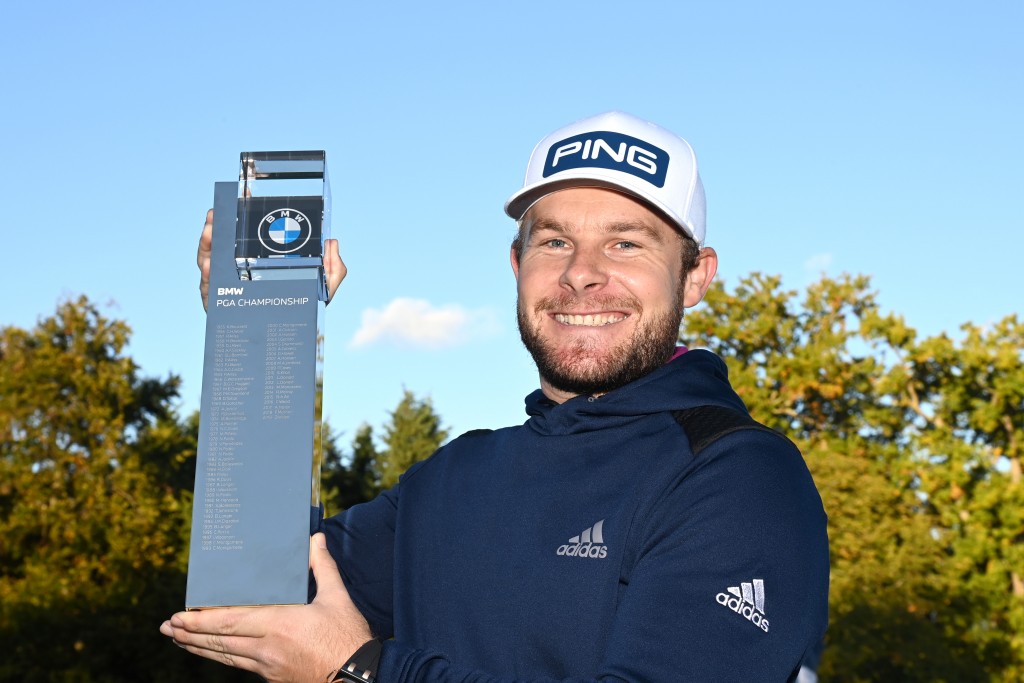 Tyrrell Hatton watched the BMW PGA Championship at Wentworth as a child – he dreamed of being good enough to end up inside the ropes and one day winning it. Now he has. Pictures by GETTY IMAGES

Hatton, who first started watching the BMW PGA at Wentworth as a five-year-old, held off the formidable challenge of Frenchman Victor Perez to earn a dream victory at his home event.

Back in 1996, Tyrrell was already playing in Wee Wonder qualifiers and at Wycombe Heights Golf Centre.

Five years later he was competing in the Grand Finals at St Andrews, with his former caddy Jonathan Bell, from Kent, who is now on Tom Lewis’ bag. 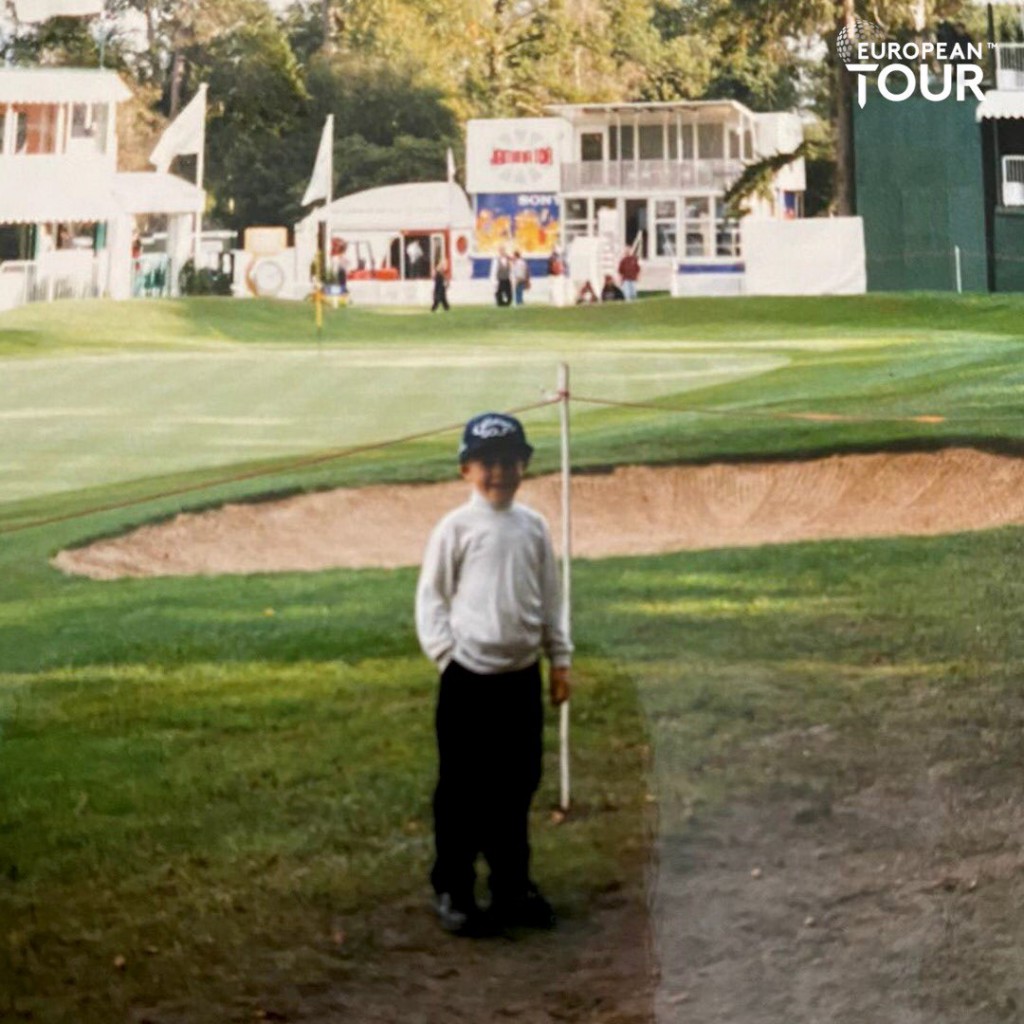 A young Tyrrell Hatton stood at the ropes by the 18th green at Wentworth when he was a kid Picture: EUROPEAN TOUR / Twitter

He loved going to Wentworth to watch the European Tour’s flagship event at Wentworth every May – seeing Colin Montgomerie win the Volvo PGA three years in a row.

Hatton would dream as a child of just being good enough to end up inside the ropes during his annual visit to the famous Surrey club with his dad Jeff.

Now he stands proudly as the King of Wentworth and holder of one of the world’s premier golf titles – just three days shy of his 29th birthday on Wednesday.

Hatton etched his name alongside some of the greats of the game courtesy of a five-under par final round of 67.

That was good enough for a four-stroke victory in the third Rolex Series event of the 2020 Race to Dubai, despite a near disaster at the last.

“It’s been a dream of mine since I was a kid to play the tournament – and hopefully win it one day. And thankfully, this year is my year.”

Hatton joins 2019 Race to Dubai winner Jon Rahm as a three-time winner of the Rolex Series, which begain in 2017. 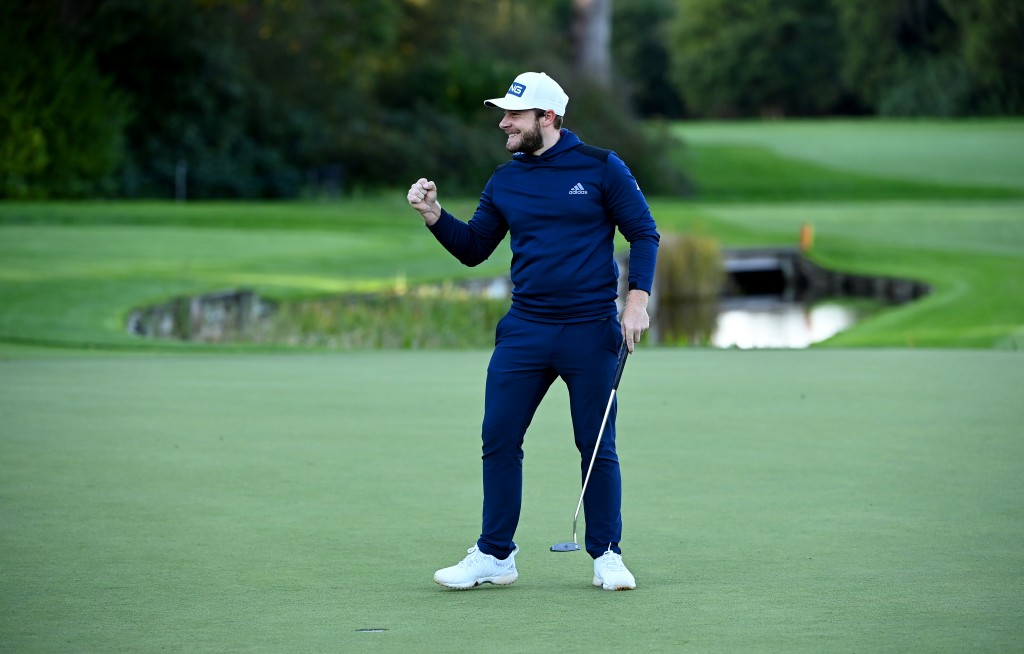 Hatton celebrates victory on the 18th green having hit the worst shot into 18 by a champion elect – said Tyrrell, who was winning Wee Wonder events when he first went to Wentworth

HATTON admitted the biggest win of his career had not been all plain sailing.

Tyrrell said: “The last few holes, I didn’t know exactly where I stood. I was really nervous playing the last few.

“Although I didn’t know that I had a three-shot lead playing the last hole, I was pretty nervous.

“The second shot that we’ve hit into the last is probably the worst shot in the history of the tournament for the champion.

“But once I fatted my second shot, and we got very lucky that it didn’t go in the water, I found out I had a three-shot lead.

“So that settled me down a little bit. It was nice to get up-and-down after a terrible golf shot.

“So it is what it is. I’m kind of glad I followed it up with a nice up-and-down.

“My short game has been really good all week, and just a nice way to sign off.”

In more benign conditions on the famous West Course – where past champions have also included Seve Ballesteros, Sir Nick Faldo, Luke Donald, Paul Casey – and defending champion Danny Willett – the chasing pack staked a claim for the title early on.

But Hatton – who admitted that he had been more nervous ahead of the final round than he had been on his Ryder Cup debut two years ago – was composure personified as he pulled away from the pack thanks to three successive birdies around the turn.

The former B.B.&O. amateur, from Harleyford GC, never looked back. A birdie at the final hole saw the former Wee Wonder card a 19-under total.

That sealed a fifth European Tour title – and a third win worldwide in his last 13 starts and elevated the Arnold Palmer Invitational winner to eighth in the Race to Dubai rankings. 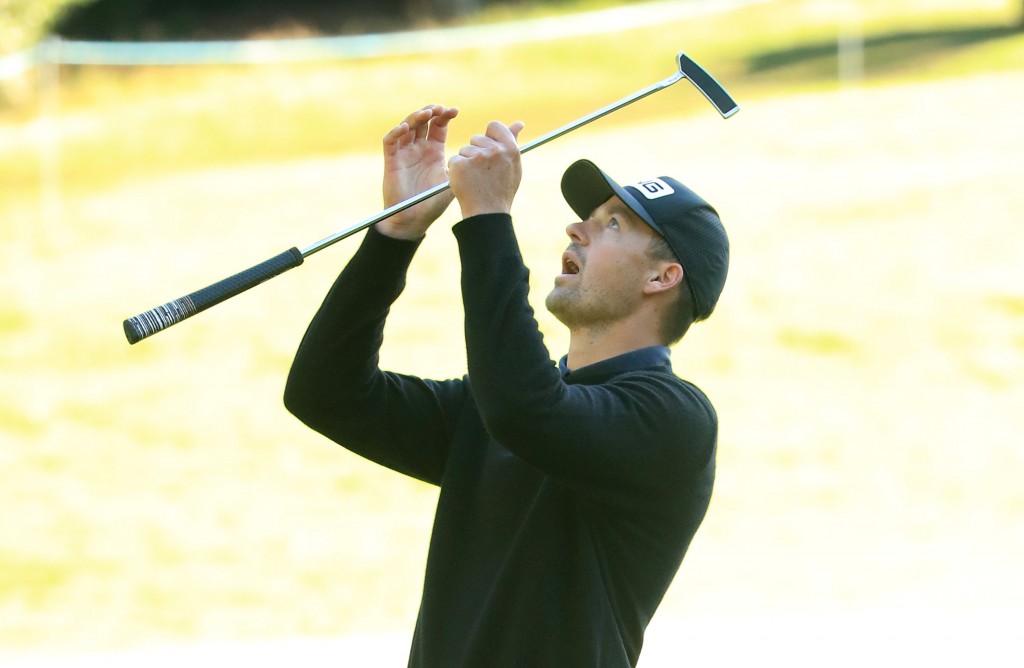 PEREZ – who has now finished runner-up in three of his 11 Rolex Series appearances – put up an almighty battle having started the day three shots behind Hatton.

Last year’s Alfred Dunhill Links Championship winner reached the turn in four-under after an eagle at the par-five fourth hole.

But the Scots-based Frenchman’s challenge faded down the stretch, and he signed for a 68 and a 15-under total.

Perez, who moved to Dundee to be near his student girlfriend, said “Obviously I knew I had to get off to a quick start.

“I was kind of like thinking, you’re three shots back starting the day. If you can pick up those three shots as early as possible – and obviously birdieing two, eagling four, got me right there – and whatever Tyrrell was doing, I was quite pleased with – regardless of whatever he was doing.

“If he was three-under through four, as well, then so be it.

“But I knew I was at least giving it a run, and then made a couple good putts to end the front nine – a good save on 10, birdieing 11 and 12, getting up-and-down and I was obviously flying.

“You kind of take for granted the level of play you put on on the front nine. You’re six-under through 12 and you seem like you can do it all the way to the end.

“But it’s still very difficult you have to hit shots. I knew starting today – a little different wind – the back-side was going to being playing harder with the wind coming in off the left towards the end – and it was challenging.

“I just didn’t execute coming down the stretch, which is part of the game. It’s a ball-striker’s course. Didn’t really go my way towards the end, but obviously very pleased. 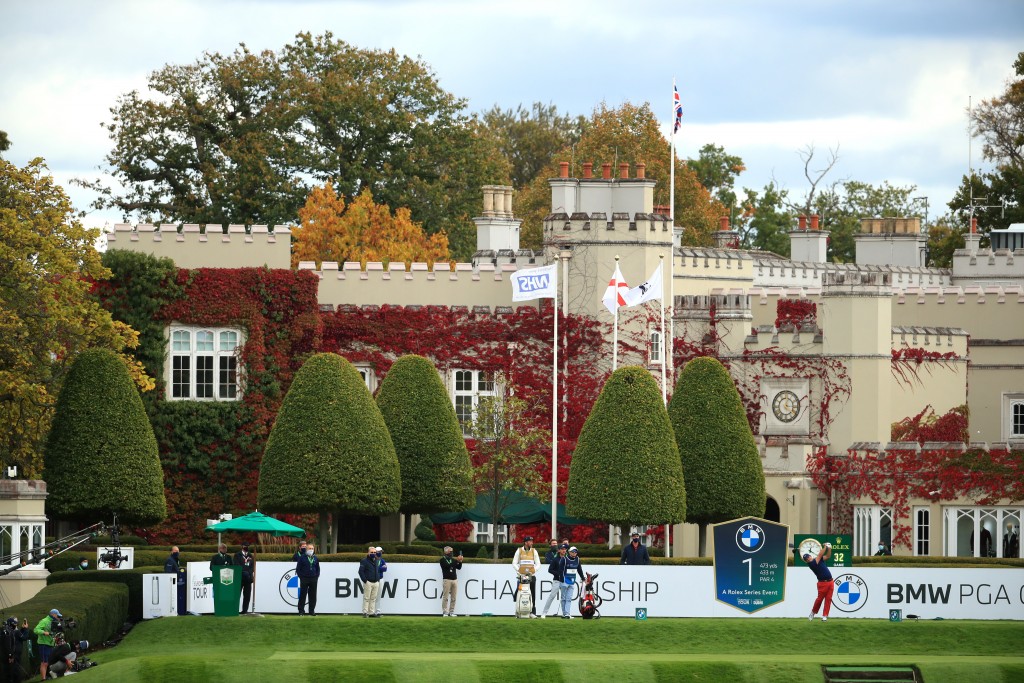 Patrick Reed tees off in the fourth round of the BMW PGA Championship, at Wentworth

AMERICA’S Masters champion Patrick Reed extended his lead at the top of the Race to Dubai rankings.

The Green Jacket winner in 2018 shared third place on 14-under, alongside Andy Sullivan, from Nuneaton.

The English Championship winner at Hertfordshire’s Hanbury Manor, back in August, a recorded his best finish at Wentworth.