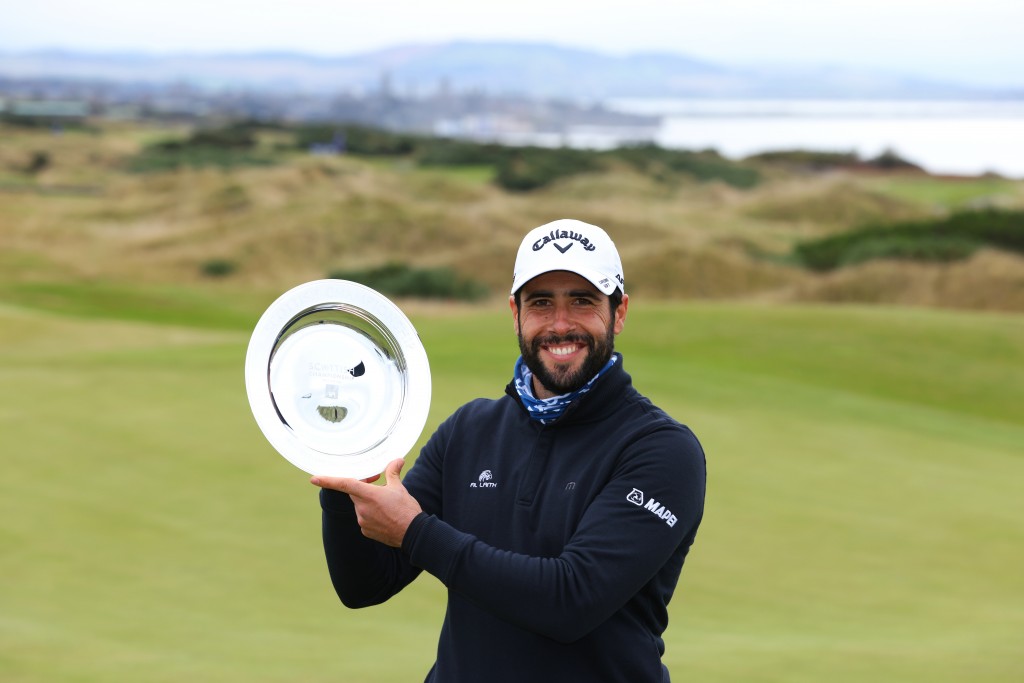 Adrian Otaegui finally added a strokeplay victory to his two matchplay wins on the European Tour – reeling in Matt Wallace’s five-shot advantage in the Scottish Championship.
Pictures by GETTY IMAGES

ADRIAN Otaegui produced a brilliant closing round of 63 in the Scottish Championship to storm to his first 72-hole strokeplay victory on the European Tour.

The Spaniard has shown himself to be an expert at head-to-head battles. He won both the 2017 Saltire Energy Paul Lawrie Matchplay and the 2018 Belgian Knockout.

After those first two European Tour victories, Otaegui showed all those skills again as playing partners Matt Wallace and Garrick Porteous fought out a three-way showdown at Fairmont St Andrews.

Otaegui entered the day four shots behind overnight leader Wallace. But eight birdies in 11 holes from the fifth helped him finish at 23-under par – four clear of the Hertfordshire ace.

“I’m very happy to win here in Scotland, the home of golf, next to St Andrews, said Otaegui. “It feels like a very special win for me.”

“Strokeplay is my favourite way of golf, I think it’s the proper way. You have to play very solidly and very consistently all four rounds, which I think I did.

“I’m very happy to be able to win strokeplay as well, my third win on the European Tour. I have no words.

“The whole week went very well. Started with a very good round and I just tried to do a reset after every day and start from zero.

“I felt very good on the golf course, hit some very good shots. Today again, I just wanted to give myself some opportunities, chances. 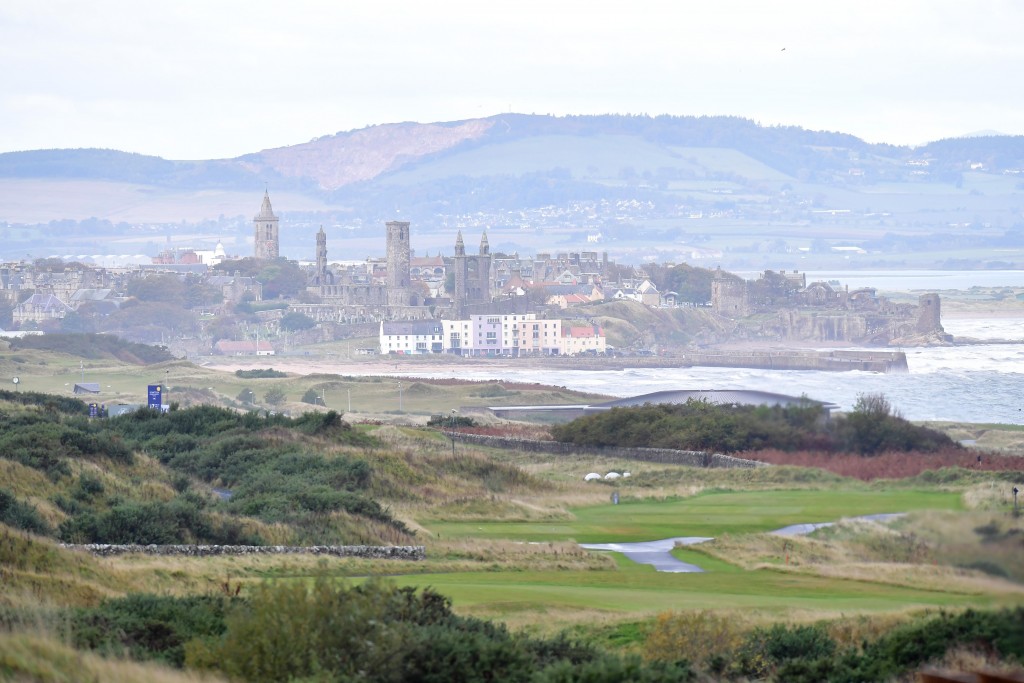 A view of St Andrews from Fairmont’s Torrance Course, host of the Scottish Championship

EVENTUAL winner Otaegui admitted he had not looked at the leaderboards as he made his way around the Torrance course overlooking St Andrew’s Bay – and the town synonymous with the Open Championship.

He added: “I knew more or less how Matt and I were. But I just tried to do the best I could.

“If I played my best, I knew I was going to be up there. You can’t control what others are going to do.

After an opening round of 62, Otaegui’s Sunday 63 bookended his week beautifully as he dashed any hopes of a Wallace win in Scotland, evoking images of Braveheart.

The final round of nine-under par saw him get over the line after three runner-up finishes in strokeplay events, including this season’s English Championship at Hertfordshire’s Hanbury Manor.

And it also meant Otaeguis joined countryman Rafa Cabrera-Bello as a Spanish winner of the Scottish Open. 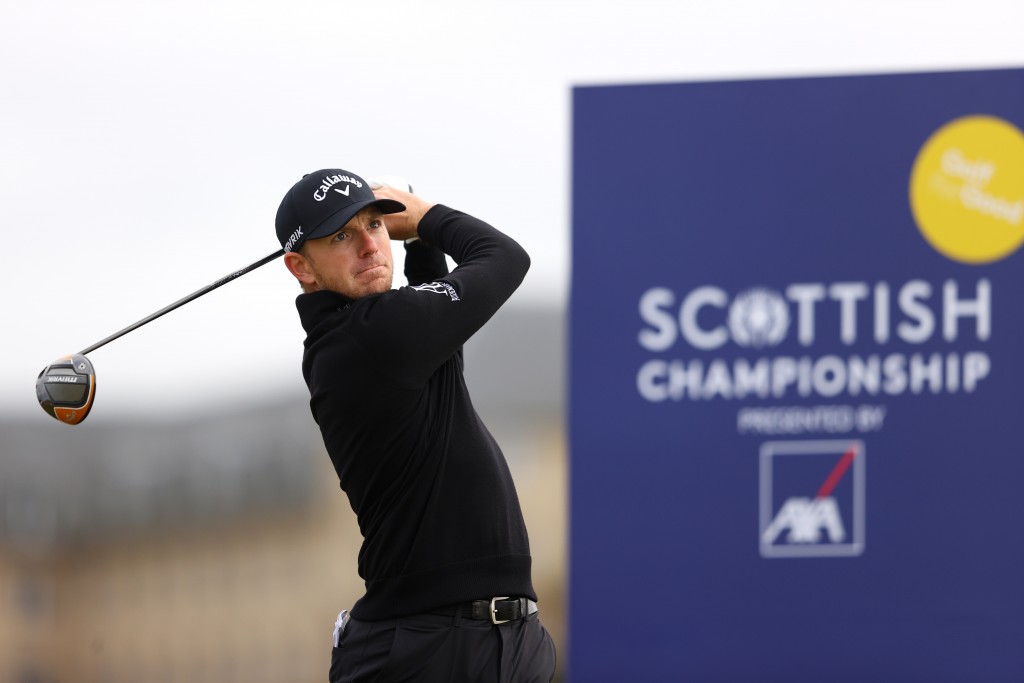 Rai edges ahead of Porteous and Paisley

WOLVERHAMPTON’S Aaron Rai continued his recent excellent form to finish in third place on 17-under par.

The West Midlands-based pro claimed a Wee Wonders title at St Andrews as a youngster.

And he looked capapble of contending for the second time in three weeks before finally finishing six shots adrift.

The recent winner of the Scottish Open finished a shot clear of Northumberland’s Chris Paisley and Porteous. The latter challenged for the title until falling away down the stretch.

Porteous won the Amateur Championship in 2013. He has one Challenge Tour victory to his name in the 2017 Prague Golf Challenge.

But the Bamburgh Castle GC member made an expensive double on 16th. He then made his third bogey of the day on the penultimate hole to share the €88,000 prize for fourth place with Paisley.

It was still the 30-year-old’s biggest pay day of his career so far. It more than doubled Porteous’ earnings for 2020, having finished 14th at Qualifying School last year to earn his first full card. 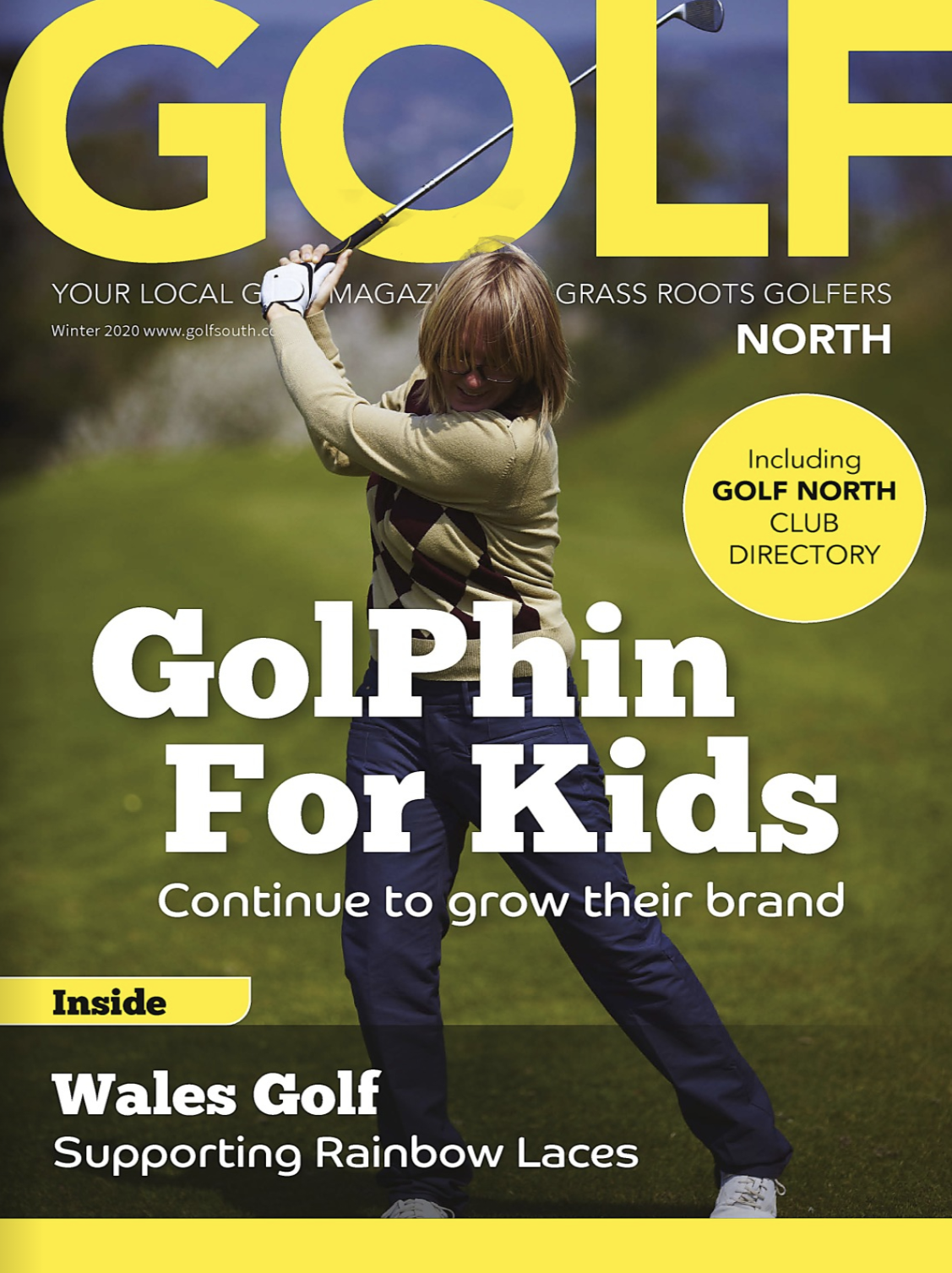