By Andrew Griffin on 8th October 2020 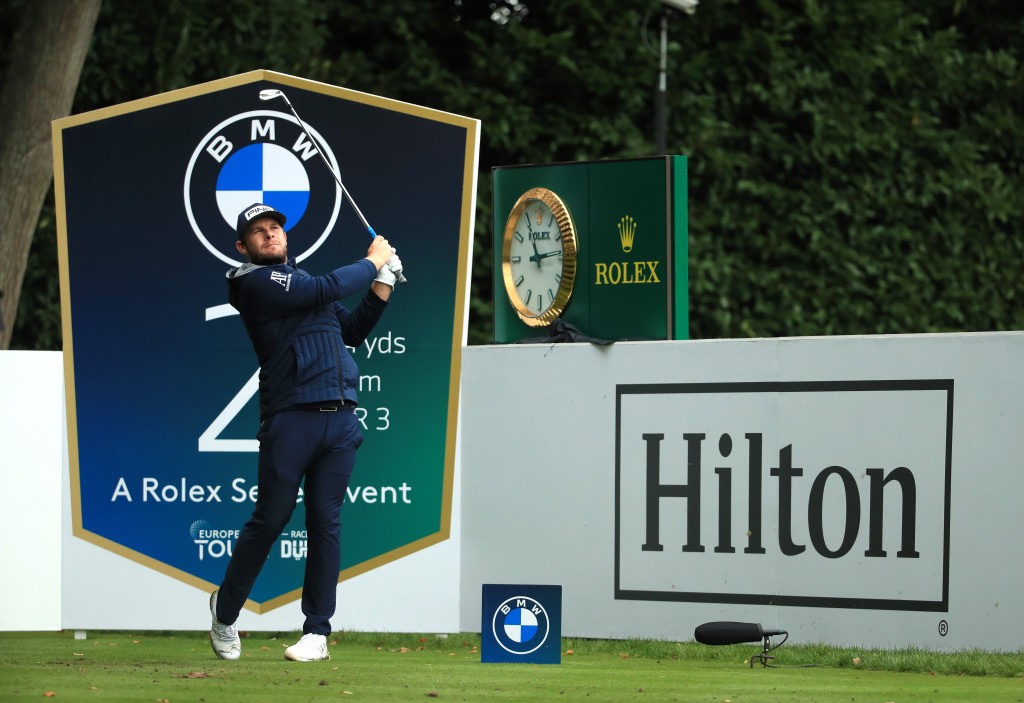 Tyrrell Hatton started the BMW PGA Championship with a fine 66 to share the lead at Wentworth with Adri Arnaus and Justin Harding. Pictures by GETTY IMAGES

BUCKINGHAMSHIRE’S Tyrrell Hatton enjoyed a happy homecoming in his first round on British soil in 2020 at the BMW PGA Championship at Wentworth.

The former Wee Wonders champion shot an opening round of 66 on the West Course to share the lead with Spain’s Adri Arnaus and South African Justin Harding.

The 28-year-old carded an eagle and five birdies, including one at the eighth – his final hole – en route to a six-under par round as he chases a third Rolex Series title, in the third Rolex event of the year.

Hatton, a member at Harleyford GC, said: “Obviously, it was tough this morning, and I hit a few poor shots.

“But the key thing was I recovered really well. I followed it up with a really good shot. That kind of kept momentum going.

“It was easy to make mistakes out there. So I’m very happy with my round.

“I think for me, I just feel pretty comfortable out on the golf course,” said Hatton, who grew up – like most of his peers and Justin Rose and Paul Casey before him – watching their idols tackle Wentworth’s premier course.

Tyrrell, who won the Turkish Airlines Open last year, added: “I’ve been around it so many times now, so kind of almost has that home course feel, and you just feel like you know it so well.

“It was a nice start and hopefully I can keep that going for the next few days.” 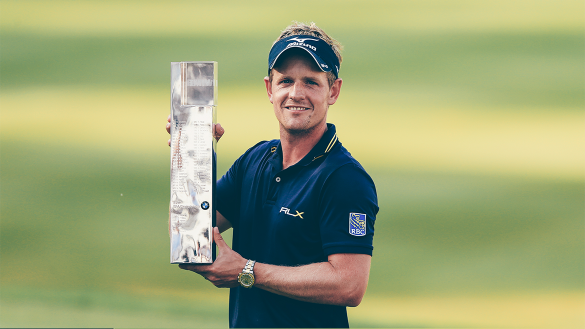 Hatton a visitor to Wentworth for 23 years

ASKED what it would mean to follow past winners Paul Casey and Luke Donald – the latter played for B.B.&O. as an amateur like Hatton – he said: “It would be special.

“This is a tournament I’ve been coming to since I was five years old. To lift the trophy here is a goal of mine in my career.

“And hopefully I can play well the next few days and give myself a chance to do that.”

The World No, 15 won his maiden PGA Tour event at the Arnold Plamer Invitational before the coronavirus pandemic brought golf aorund the the world to a halt.

His other Rolex Series win came in the Italian Open three years ago.

Hatton was joined at the summit by South African Harding and Spaniard Arnaus, both of whom enjoyed flawless six under rounds in the more favourable afternoon conditions.

FOUR players sit a shot off the pace, including reigning Open Champion Shane Lowry, who continued his strong form on Wentworth’s West Course by opening with a five-under 67.

His round comprised five birdies and a bogey in his final six holes.

Lowry – who famously claimed the Claret Jug when The Open returned to Royal Portrush last summer, said: “I’m very happy with that.

“You know, I came here, only arrived here Tuesday night and I played a practice round yesterday – and couldn’t believe how different it was playing it this year – long and soft and difficult.

“We were very lucky with our side of the draw. I think the morning starters had it harder than we did.

“So I was happy to go out there this afternoon, and we sort of played the last few holes with not much wind. And I took advantage of that.” 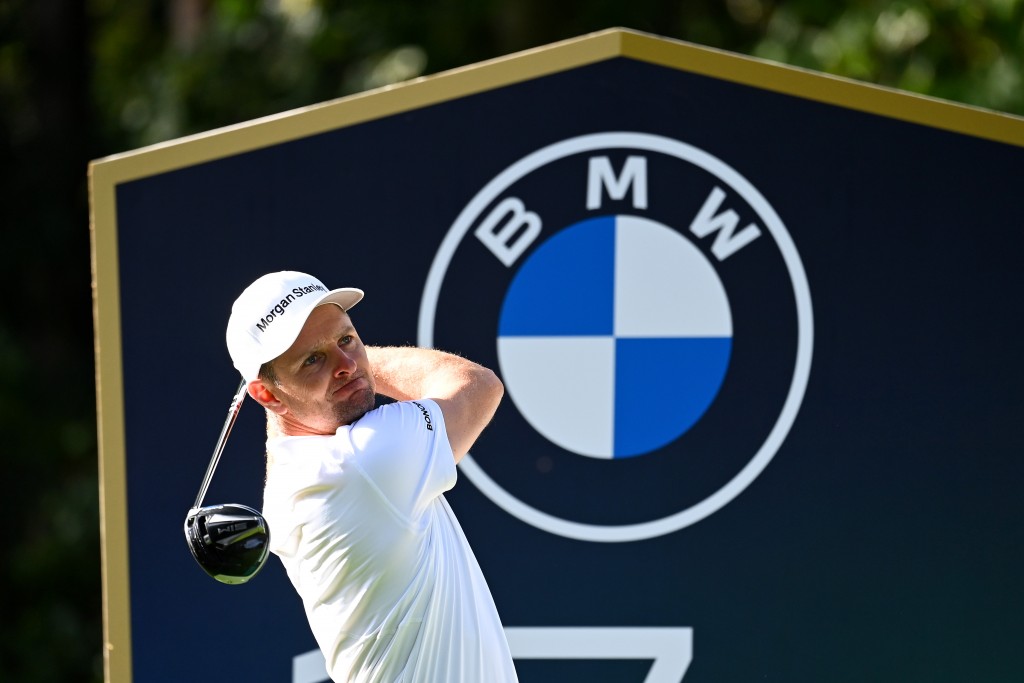 AARON Rai, who won his maiden Rolex Series title at last week’s Aberdeen Standard Investments Scottish Open, and former World No. 1 Justin Rose were among those players a shot further back on four-under.

Rai, like Hatton – and top English women amateurs Annabell and Samantha Fuller – began his career to the top by winning the HSBC Wee Wonders junior competition at St Andrews some 15 years ago.

Last week’s Rolex winner said: “I’m really pleased. It’s been a different build up over the last few days to this event after last week.

“So it was nice to get started on the course and get off to a good start,” said Rai.

“I think for success on any style of golf course, there are a lot of things you’ve got going right in your game.

“And that can be taken forward to any week, such as the short game, good putting.

“I think strategy on the Monday and Tuesday, learning the course, is imperative to play well this week – and prepare for these kind of conditions.

“It was nice just to be able to put it all together today. For me it was important to get here on Monday and Tuesday to practise exactly how I normally would.

“I think it was more to show myself, really, that I’m here to try and perform as well as possible on this given week, regardless of what had happened on Sunday at the Scottish.

“To be in contention, to have a good result and to win an event is an incredible thing to take forward to this week and for the rest of the year.” 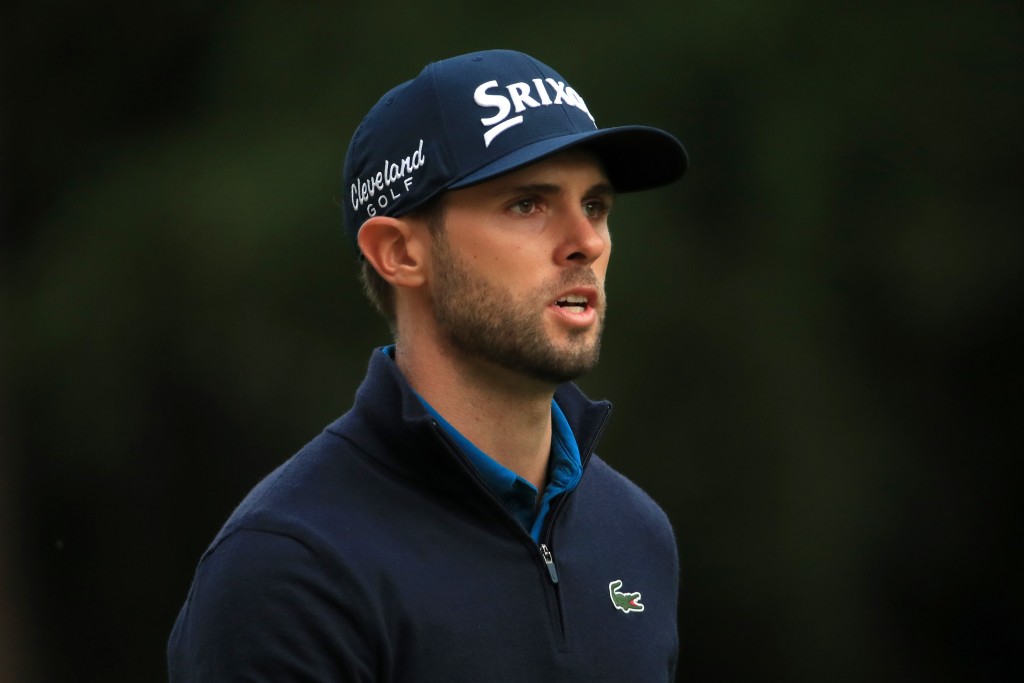 DEBUTANT Arnaus is looking for his maiden win after some good displays over the past two years.

He said: “It’s always good news when you’re not adding any strokes to your scoreboard.

“So yeah, very, very pleased with how I played. I was very on point from tee, hitting on to the green and then I rolled some putts.

“So enjoyed it a lot, my first competitive round around here, and it was very, very fun.

“The course is definitely playing a bit longer, I would say because it’s a touch wet.

“But it’s the only way I’ve seen it, so I don’t know how it was playing the other years.

“They have told me it was running much more on the greens a bit firmer. Just a matter of putting it in place and then attacking from there.”

•Follow live scoring in the second round by clicking here.