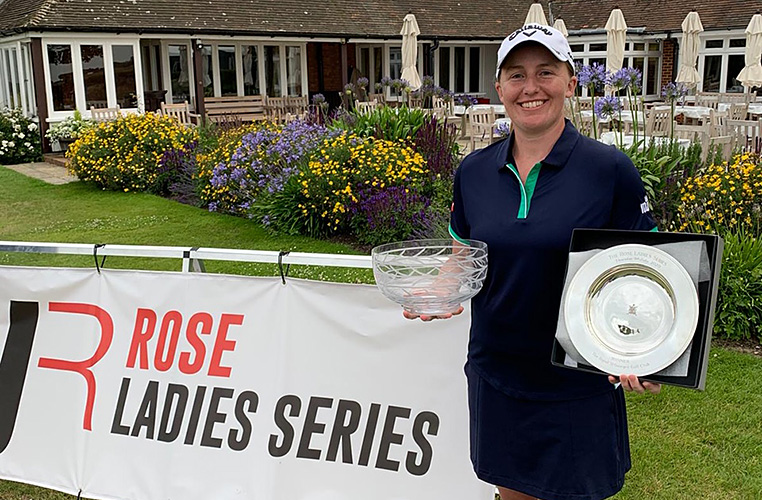 Gemma Dryburgh became a Rose winner for the second time when the Ladies Series became the first ever women’s pro event to be held at Royal St George’s. Picture by LET

SCOTLAND’S Gemma Dryburgh won for a second consecutive week on the Rose Ladies Series after posting a brilliant one-under par 69 at Royal St George’s in Kent.

The famous Sandwich course was due to host the Open Championship next week before the postponement because of the COVID-19 pandemic. But the cancellation did allow Royal St George’s which has hosted the Open 14 times the chance to host its first professional women’s event.

Following her triumph at The Buckinghamshire last week, the 27-year-old Scot finished one stroke ahead of English Solheim Cup stars Georgia Hall and Charley Hull, who won the first event at Brokenhurst Manor.

Dryburgh, who now leads the Rose Ladies Series’ American Golf Order of Merit, said: “I’m delighted to be the first-ever female professional to win a tournament at Royal St George’s in their first-ever ladies’ professional event.

“It’s just so special to be the winner at a great and prestigious course, which was in immaculate condition.”

Dryburgh, who sits in fifth position on the LET’s 2020 Race to Costa del Sol Rankings, bogeyed the par-four first hole on the famous links and then picked up her first birdie on the par-five seventh to go out in a level-par 35.

A pair of birdies on the 10th and 13th followed by a bogey on the par-four 15th saw her come home in 34 to set the target.

“Winds were blowing 20-30 miles per hour, so it was tough and I hit my woods well. I used them a lot coming in,” said Dryburgh.

“A great par putt from 18 feet on 16 helped to secure the win and then on the last two holes I hit 3-woods into the par fours and holed good putts.

“It was great playing with Georgia and Charley and we were neck and neck all day and feeding off each other, so it certainly felt like a big event and it was very special.”

DRYBURGH later received the Rose bowl from club captain Tim Dickson and posed with her mum Marjory and dad, John, who acted as her caddie.

The tournament venue was identified and organised through connections of Kate Rose, who would have been watching her husband, Justin, play in The Open, had the event not been postponed.

The Roses put £35,000 of their own money into the Series to help British female professionals gain valuable playing opportunities during the coronavirus pandemic.

For Dryburgh, who also has a card on the LPGA and is expected to return to the States in the coming week, the tournaments have provided the perfect preparation for her first AIG Women’s British Open, due to take place at Royal Troon, next month.

•The action moves north for the first time next week when the JCB Golf & Country Club, at Uttoxeter, in Staffordshire, hosts its first professional event. Then there are just two regular events left at Bearwood Lakes, in Berkshire, and The Shire London, at Barnet.

The Rose Ladies Series Computacenter Grand Final then takes place over three days from August 5-7 – at North Hants, in Fleet, Ascot’s The Berkshire and then Wentworth’ West Course, which will also host its first women’s professional event, at the regular home of the European Tour’s flagship BMW PGA Championship. 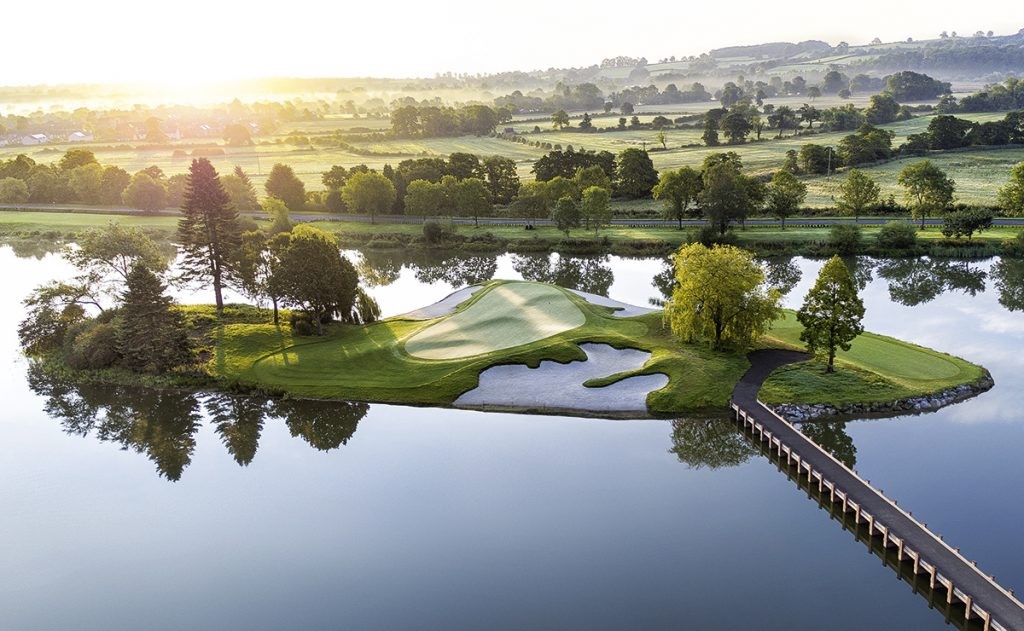