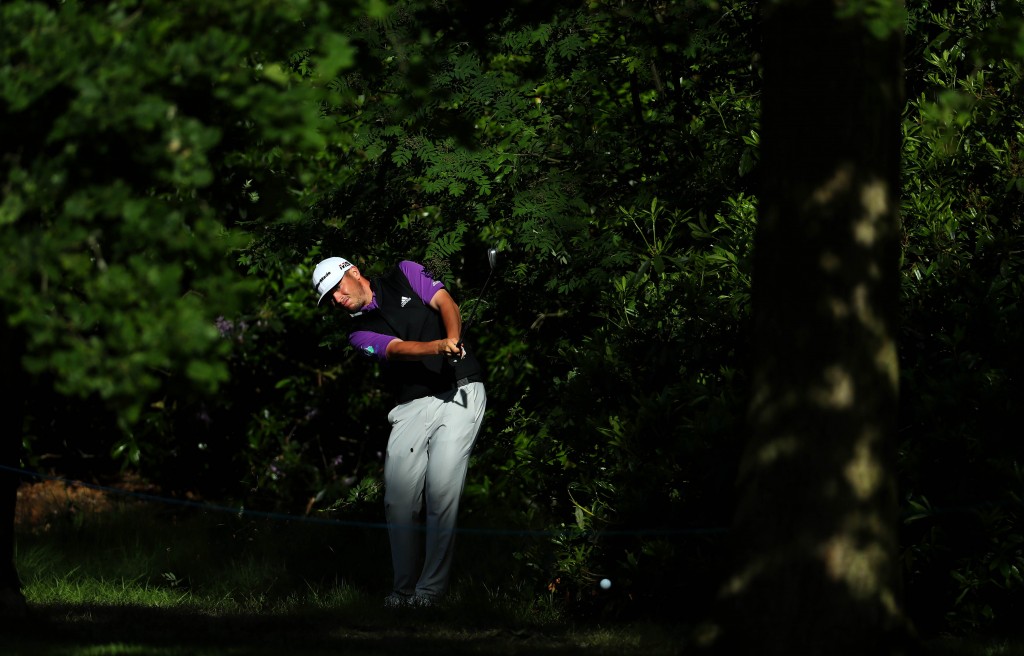 EWEN Ferguson believes a first professional victory is not far away as he prepares to tee it up at the Swiss Challenge, which takes place at Golf Sempach, Lucerne, from June 6-9.

The Scot secured his best career finish to date at last week’s Belgian Knockout on the European Tour as he defeated three-time winner Grégory Havret in a third place play-off at Rinkven International.

Ferguson attained seven top 10 finishes on the European Challenge Tour last season and only missed four cuts along the way, with last week’s podium finish being the high point of a two-year upward curve.

“Last week was really good for me,” Ferguson said. “I’ve been playing really well for the last couple of years now. I keep knocking at the door and it’s not opened yet, but I feel if I keep doing what I’m doing I’ll get a win somewhere along the line.

“Me and my caddy Tim were just doing the things we always do. The course was nice for me – it was tight and I’m usually quite straight off the tee.

“I holed a couple more putts than usual from a longer distance and two shots in golf, at this level, is loads.

“It was a free week for me really. The only pressure was the TV cameras and you know everyone’s watching but you just have to get on with it.

“I really enjoyed the buzz that everyone was getting back home. To know I can do it when all that is on you probably gave me the most confidence.”

The 22-year-old now returns to Challenge Tour duty at the picturesque Swiss resort and has been impressed with the event so far.

“It’s a stunning place,” he said. “I love how the rough is up and the course is so well-manicured. I like coming to a course and getting good vibes and you definitely get nice vibes here. It’s quite pretty and I feel really chilled here.

“The backdrop is lovely and the people who are running the tournament are so friendly. All the shuttle bus drivers are so nice and it’s been so good so far, I’ve loved it.

Many players teeing it up this week have commented on how thick the rough is, but the Glaswegian has praised the course set-up as it offers a true test of golf.

“You’ve got to hit it straight off the tee this week,” Ferguson added. “It’s really fair because the fairways are wide enough so if you hit the fairway, you’re fine, if you hit a little bit of an out one, you’re still okay, but if you hit a bad tee shot you’re getting punished – and that’s how I like it.

“You don’t just hit it as hard as you like, it goes off-line and you go ‘oh it’s okay I’ll just go down there and hit a wedge into the green’. You actually have to think about your next shot,” added the Scot who is managed by Nial Horan’s Modest! Golf.

The Swiss Challenge begins at 7.25am local time on Thursday, June 6, with Ferguson beginning his round at 1.20pm Swiss time.