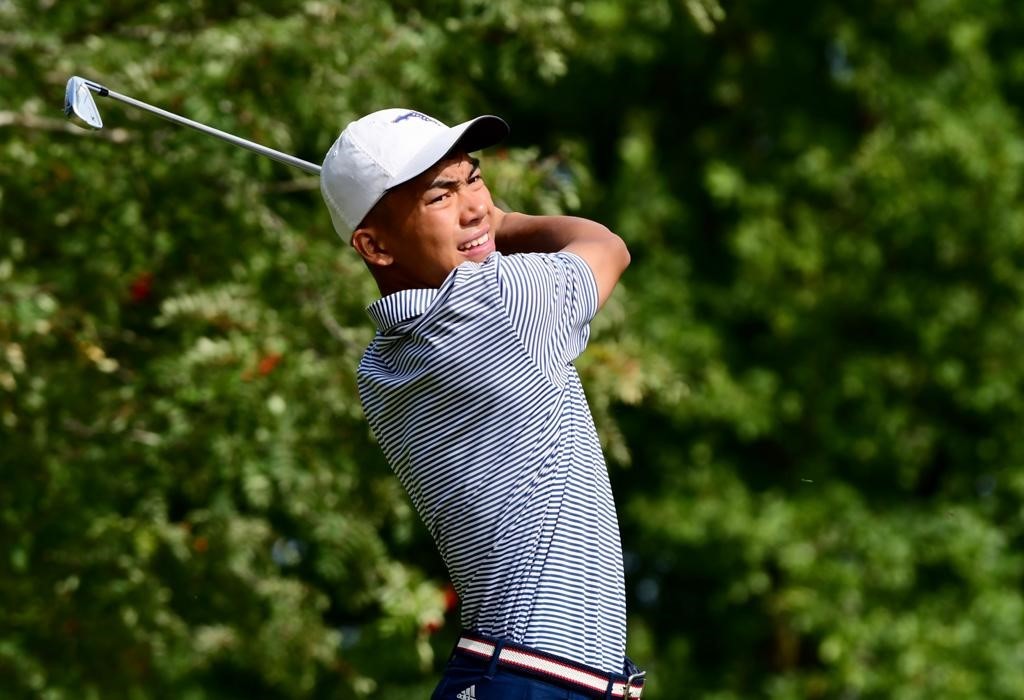 Walton Heath’s Enrique Dimayuga is tied at the top of the leaderboard with Denmark’s Christoffer Bring in the Brabazon Trophy. Pictures by LEADERBOARD PHOTOGRAPHY

ENRIQUE Dimayuga hopes a “bargain buy” three-iron can help him enjoy some long-awaited success in Friday’s final round of the Brabazon Trophy.

Surrey’s Dimayuga shot to the top of the leaderboard on day three of the English Amateur Strokeplay Championship at Sherwood Forest Golf Club – thanks to a brilliant five-under par round of 66.

Denmark’s Christoffer Bring joined the Walton Heath golfer at the summit. The Dane carded a best-of-the-day round of 65 to match Dimayuga on 11-under.

Yorkshire’s England squad member Sam Bairstow is just one shot further back on 10-under after shooting 67 for a second consecutive day.

France’s David Ravetto and halfway leader Jack Dyer, from Boyce Hill, are still very much in the hunt on nine-under par after 54 holes.

In total, there are 14 players within six shots of the lead teeing up what could be a dramatic final day in the fight to win one of amateur golf’s most prestigious trophies.

However, the bubbly Dimayuga will be the man to beat in the final round if a used club he bought for £50 from his local pro shop continues to behave.

“The shaft on the iron is really whippy so I just keep hitting these long looping draws,” said Dimayuga with a smile after confessing his poor form with the driver has resulted in him using it only once this week.

“The head on my regular three-iron snapped recently. So I went with this one,” said Dimayuga, who was an England junior international until joining the men’s ranks this year.

“But it’s working well. I felt like I’m having fun. I’m not even thinking about what I’m doing.

Dimuyaga was happy with his play at the Nottinghamshire course.

“My iron play has been really solid and my swing is good,” he said. “And I’m dialled in in terms of yardages and judging the wind.

“I haven’t won anything in a long time and my form over the last calendar year has been pretty good.

“I’m just waiting for an opportunity to be in that final group and be in a position to take the win and I feel like it’s coming, hopefully, tomorrow.

“I can’t guarantee anything and I wouldn’t bet on myself just yet.”

When reminded that Tiger Woods won an Open Championship at Royal Liverpool 14 years ago hitting an iron off every tee, Dimayuga said with a smile: “I won’t go as far as saying I’m Tiger Woods – I’d hope I can play to some of that form.”

Bring’s day included an eagle at the fifth hole and a birdie on the 14th after he holed from a greenside bunker.

“I feel confident and will go out and see what happens,” admitted the golfer from Naestved, 70 miles south of Copenhagen.

Bring added: “I got off to a slow start and then I made an eagle on the fifth and that kind of got me into the round.

“I made a lot of putts from the fifth through to the 12th and holed a bunker shot on 14 – so that was great.” 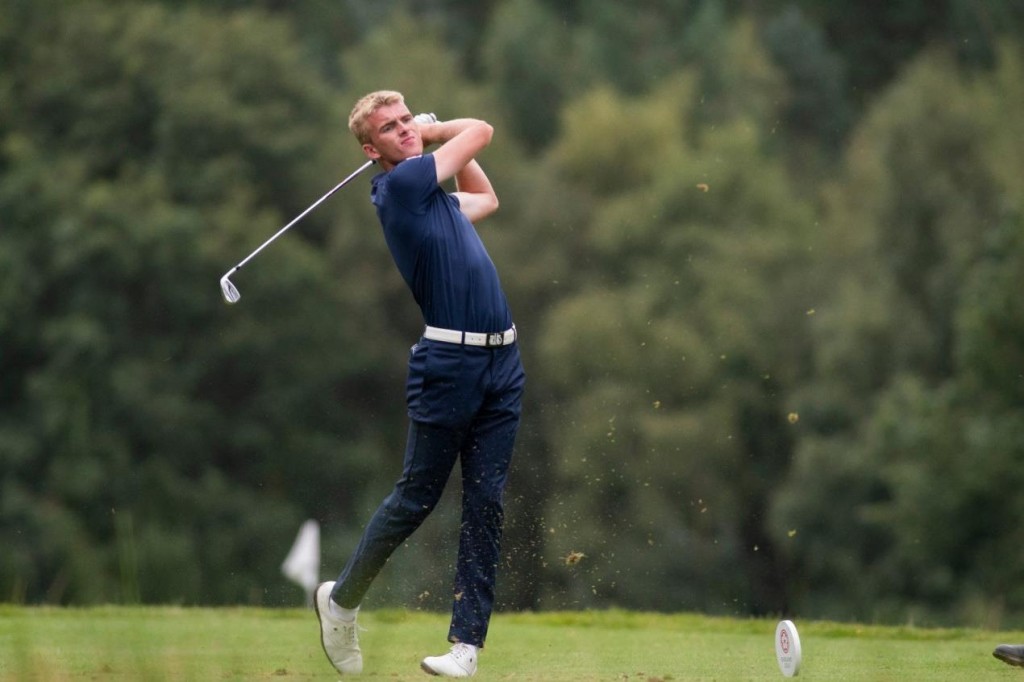 Essex’s Jack Dyer is still in touch with the leaders at the English Amateur Strokeplay Championship at Sherwood Forest, trailing Dimayuga by two shots

IT was a classic “moving day” at the Brabazon, with the entire field of 68 players harbouring hopes of going low.

Many of them did – no fewer than 27 golfers shot rounds under-par.

Yorkshire’s Barclay Brown certainly made a move – a round of 66 taking him to seven-under for the championship and into a tie for sixth.

Yet Hallamshire GC’s former England junior international will look back on his third round with a mixture of quiet satisfaction and total disbelief.

The Stanford University student was disarmingly honest about a day that saw him eagle the fifth with a putt that was charging 10 feet past.

A fluke hole-in-one on the 131-yard seventh hole best summed up the 2018 Carris Trophy winner’s day.

Brown laughed: “I’d like to say it was a great shot but I knifed it.

“It’s my sixth hole in one, but not the prettiest. I wasn’t playing my best and had to grind it out.”

Only nine players have ever won the Carris and Brabazon Trophy – including Rotherham’s Ben Schmidt.

Twelve months ago, the England international became just the fourth to complete the double in the same year.

The winner of the 2020 New South Wales Amateur also became the youngest player to win the Brabazon, at Alwoodley, in 2019.

Cope climbs leaderboard after making cut on the mark

ANOTHER player emerging from the pack to give himself a slim hope of victory is newly-crowned English Amateur champion Jack Cope.

The Gloucestershire ace made the cut right on the number thanks to a birdie on the 36th hole. He then shot a third round of 66.

When asked to compare his last two rounds, Players Club member Cope said: “Black and white – not just golf, but in terms of attitude as well.

“I’m very pleased to shoot 65 and get up the leaderboard.”

•For live scoring in the final round of the Brabazon Trophy click here.