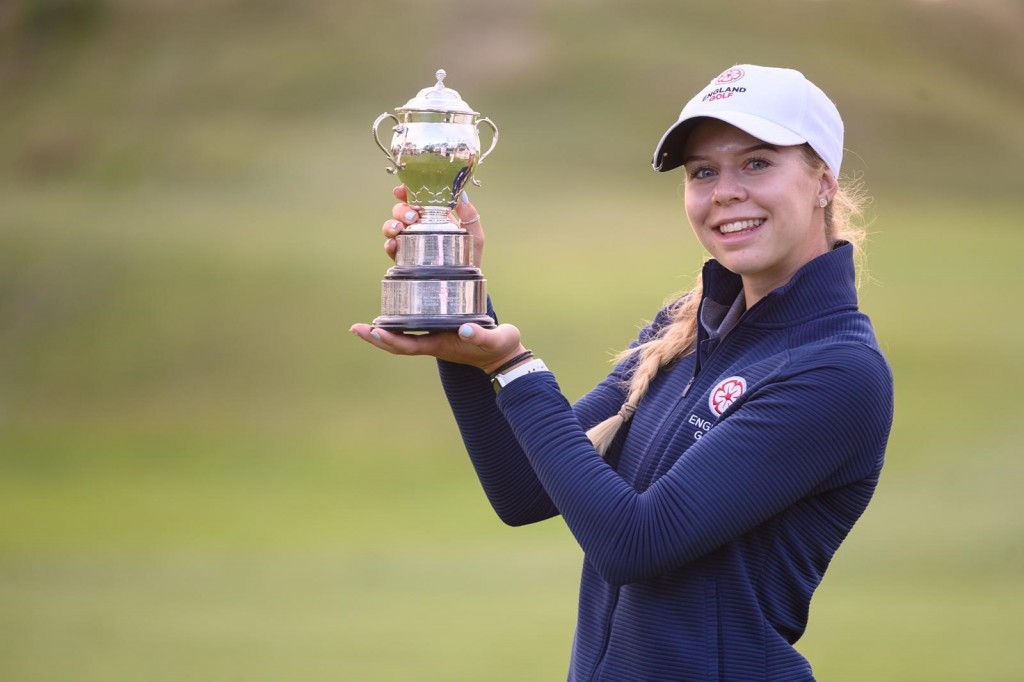 Roehampton’s Curtis Cup and Solheim Junior Cup player Annabell Fuller believes her English Women’s Amateur Strokeplay Championship is one of the biggest wins of her career.
Pictures by LEADERBOARD PHOTOGRAPHY

Allen shot four-over in her final round to drop back to three-under.

Fuller performed to a high standard in wet and windy conditions on the Somerset coast.

Despite the challenging climate, she avoided big numbers on her card.

The University of Florida golfer holed some clutch putts.

The England international was deservedly left holding silverware after a testing final day which saw those that made the cut on Wednesday evening play 36 holes on Thursday.

“It’s amazing, I can’t express how amazing it feels,” said the Surrey ace, who played against the USA in the 2018 Curtis Cup and last year’s Junior Solheim Cup.

“You come up here and you never really know what will happen. Only one person wins out of 120 or so. It’s a great achievement.”

Annabell’s third round bounce back

AFTER a difficult start with three bogeys in the first three holes in her third round, Fuller showed grit and determination to bounce back with an eagle on the fourth and birdies at five and seven.

Annabell added: “The fourth is a par five. I thought if I can pick up a shot here and try to strike it a bit better and hole a few putts, then I could get back in to it.”

However, Fuller got off to a flying start in the final round, going four-under through the front-nine.

“My approach heading into the final round changed slightly,” revealed Annabell, whose older sister Samantha has also represented England.

“I tried to make sure that in the beginning I didn’t drop any shots. The front nine is a lot easier as it’s down wind.

“I tried to make a couple of birdies which thankfully I did and that got me rolling on to the back nine.”

A bogey on the 18th wasn’t enough to spoil the party for the England Women’s Overseas squad member.

“It’s definitely one of my best wins, I mean the English Women’s Open is such a huge title,” said a smiling Annabell.

“I feel so privileged to be able to have won it myself.” 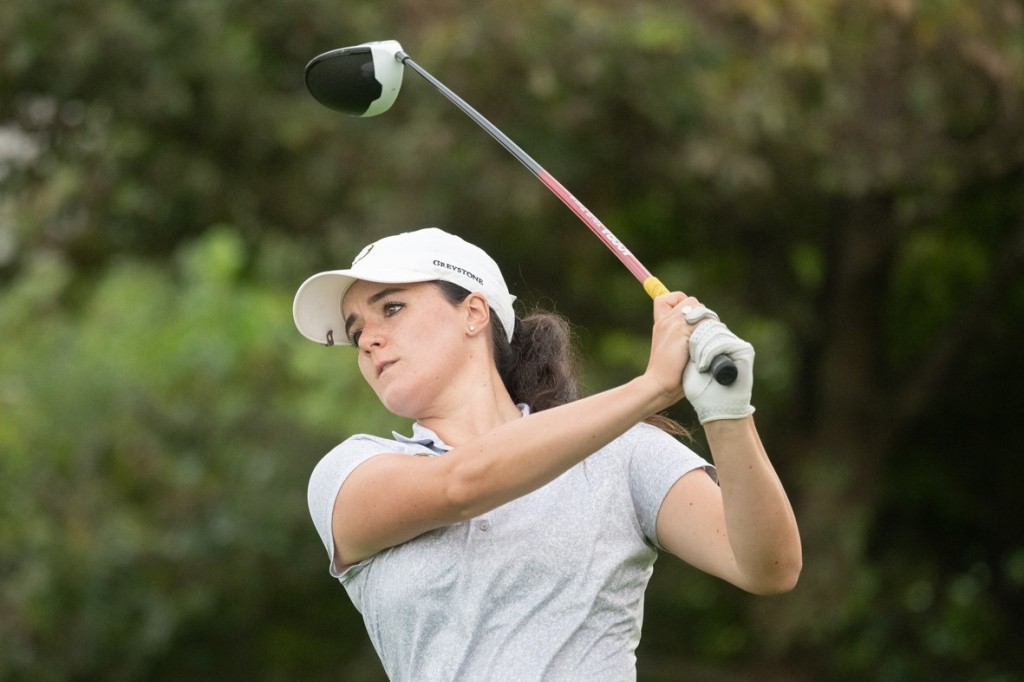 Hull among famous past champions

FULLER joins an impressive list of past winners who have gone on to star on the Ladies European Tour.

After torrential downpours in the second round, Fuller was one of only four players in the field who finished under par for the week.

The others were Allen (-3), Essex’s England international Lily May Humphreys and Gloucestershire’s Caley McGinty, who were both one-under.