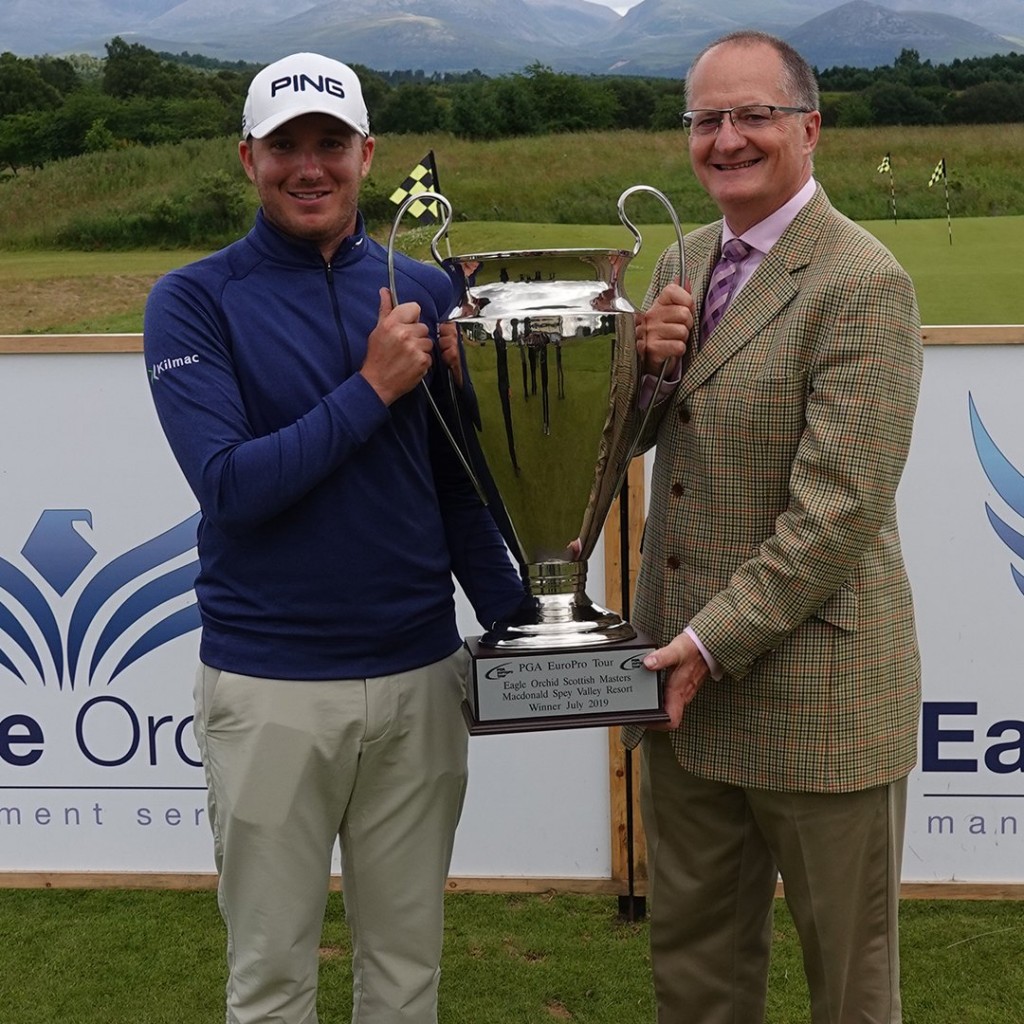 Daniel Young (left) claimed his maiden professional win in the Eagle Orchid Scottish Masters at MacDonald Spey Valley with a 12-under total to beat last week’s Richard Manswell, winner by two shots after he shot a best-of-the-week 64 in Friday’s third round.

Young, who is attached to Kingsbarns Pro Academy, made light work of it at times with rounds of 65, 67 and 69 to finish on 12-under par.

The total was good enough to clinch his first title on tour at Spey Valley – which has staged a European Challenge Tour for the past 10 years, and hosted the EuroPro Tour for the first time this week at one of Scotland’s most picturesque courses.

It was a shaky start for the 27-year-old Scotsman, who won the South African Amateur Championship back in 2015, with a bogey on the second – before recovering with three birdies on the back nine – to be two-under for the day.

Young a former Perth Academy pupil, who spent time studying and golfing at Lynn University, in the USA, said: “It’s never over until it’s over especially on a golf course like this. Just glad to get it over the line, to be honest.

“It’s always a relief to win but I’ve been playing well the last four or five weeks. All of us golfers say we’re very close and it’s coming but over the last four weeks it has been very close so.”

“It was very difficult. Today was probably the easiest day weather-wise. The first day was brutal. It was just a case of head down and grind away.

“I was very happy with my day’s work on Wednesday,” added Young a member at Craigie Hill, Golf Club.

Young has been in good form in recent weeks, narrowly missing out on a qualification place for both last week’s Scottish Open and The Open at Royal Portrush in Final Qualifying, earlier this month.

Young, whose best result in his rookie season was tied sixth in the Newmachar Golf Club Challenge in September, was tied eighth in The Golfcatcher Championship at Dudsbury, in June

Last week’s winner Richard Mansell, from Beau Desert Golf Club, finished second with the best round of the week – a seven-under 64 – to cement himself at the top of the Race to Desert Springs Order of Merit with eight birdies.

Northern Ireland’s Jonathan Caldwell, from Clandeyboye Golf Club, was third with rounds of 65, 69 and 70.

Roehampton’s assistant pro Billy Hemstock – who moved to South West London last year having gone from the junior ranks at Teignmouth to turning pro in 2011 having been named in that year’s orginal Walker Cup training squad – pushed himself up to a fourth-place finish – his best of the year so far, having won five times on the EuroPro in the past seven years

Elsewhere, Hampshire’s Sam Robertshawe, from Aldershot’s Army Golf Club, who is sponsored by Puttenham Construction, posted a final round of 66 to finish up tied fifth along with Brendan McCarroll, from West Cliffs Golf Links).

Brooks has been supporting Mansell in their fundraising efforts for their friend Charlie who was struck down by a massive brain haemorrhage two months ago, and who inspired the Staffordshire golfer to his maiden win last week. 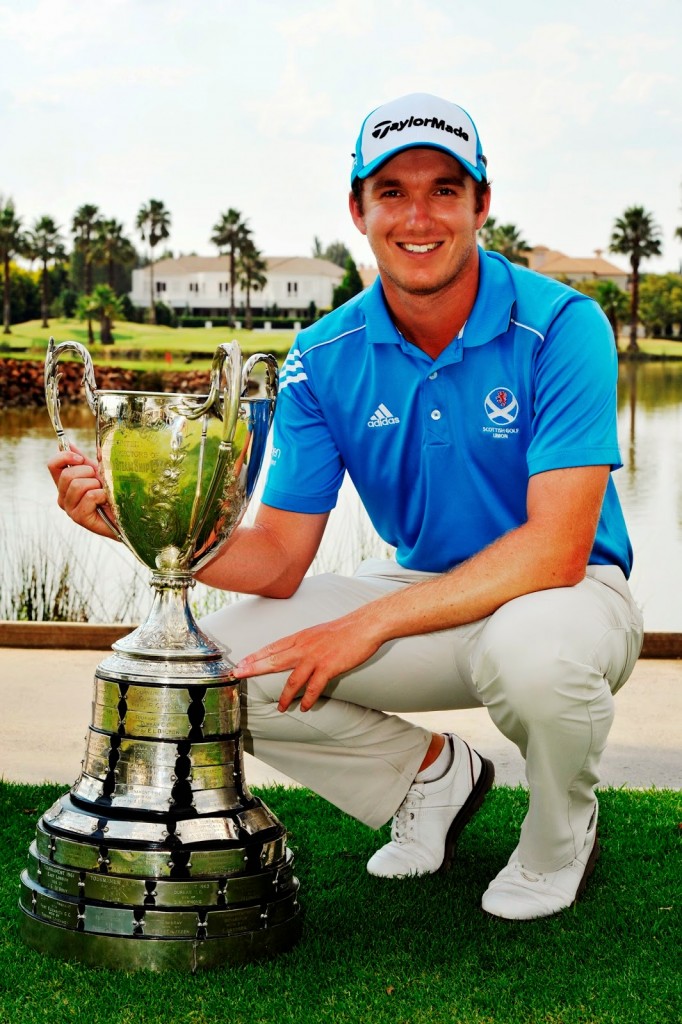