By Andrew Griffin on 25th September 2019 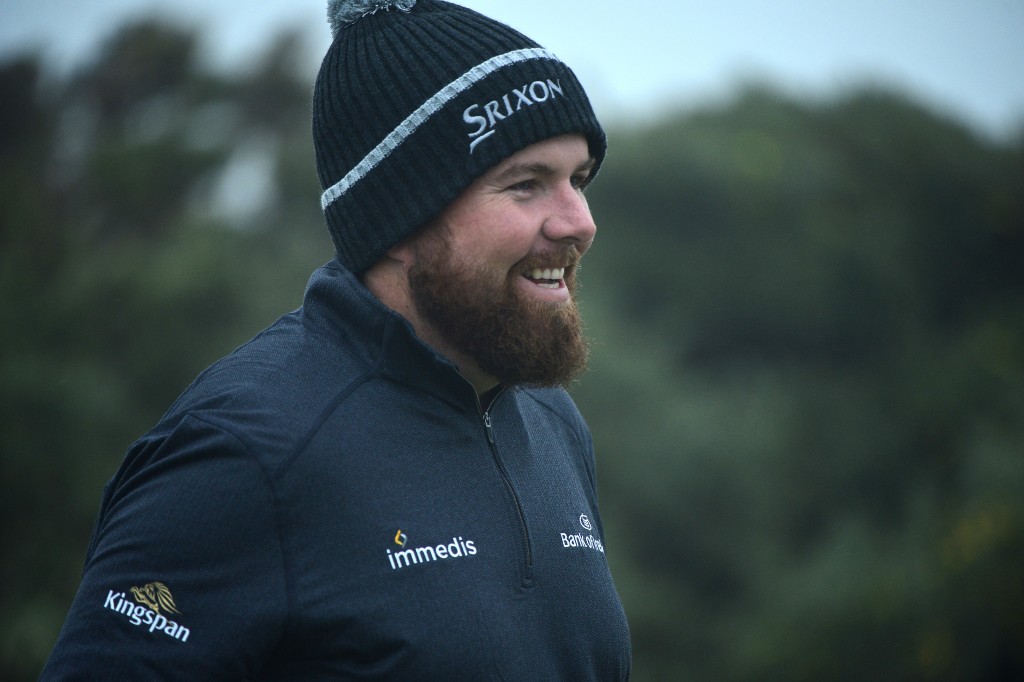 Open Champion Shane Lowry won’t take things easy in the Dunhill Links despite the relaxed pro am format… the Irishman wants to win the Race to Dubai. Picture by GETTY IMAGES

SHANE Lowry will tee it up at the Home of Golf for the first time as Open Champion this week when the Irishman features in a star-studded field of golfers and celebrities at the Alfred Dunhill Links Championship.

The 32-year-old claimed his maiden Major title at Royal Portrush two months ago, and has been riding the crest of a wave of positivity and celebration since.

He posted a tied 11th place finish in his first European Tour appearance since becoming Champion Golfer of the Year at last week’s BMW PGA Championship at Wentworth.

And now he is relishing a return to links golf – which has provided him with two of his stand-out achievements thus far, his famous Irish Open victory as an amateur in 2009 as well as his Open Championship triumph.

Lowry said: “It feels like every tournament I play now is a big event.

“Obviously I had a decent week at Wentworth last week, so I was happy enough with that and hopefully I can take that form into this week and have a good week here.

“It is relaxed here but we’re all very competitive people – I know I am – and I desperately want to go out there this week and do well.

“I want to consolidate my place at the top of the Race to Dubai but I have a couple of months to do that and there are going to be some big tournaments.

“There are some great players behind me but if I can do my own business hopefully I’ll do OK.

“I am playing in every tournament I was going to play in before I won the Open so my schedule hasn’t changed at all.

“I’m playing in everything – Dubai and one of the other two as usual – so I’m just trying to go out there and shoot the best scores I can and if I do that I feel like I’ll have a good end to the season.

“Obviously I’ve some recent success on links terrain so any time you come here – especially on days like today at St Andrews, the home of golf – it’s just special.

“So I’m going out for a game this afternoon and I’m looking forward to it.”

Bjerregaard said: “It’s really nice being back, some fond memories of last year even though it was very cold.

“I’ve not been playing as well as I’d like the last couple of months so hopefully some of those good memories can spark a little something in my game.

“It’s little things here and there, it’s not quite come together. It’s not far away and that’s what’s been frustrating.

“It feels like it’s right there and I just can’t really put it all together at once. Hopefully I’ll figure it out this week.

“Becoming a father has helped me mature a lot as a person but also as a golfer. It’s helped me in a lot of ways.

“It’s nice to have them around, they weren’t here last year but they’ve come here this year. It’s a great place and fun town with some good restaurants so we’ll have a brilliant week.”

Former Walker Cup player Robert MacIntyre will lead the home hopes, aiming to become the first Scottish winner of the event since Colin Montgomerie took the title back in 2005.

McIntyre, who was a member of the Great Britain and Ireland Walker Cup team two years ago, said: “It’s great to be here, but it’s not just about being at St Andrews, being in front of a home crowd the support will be good again and hopefully we can have a good week.

“You’re out here with stars, celebrities, but it’s just about me being here to play golf and enjoy myself. Having a chat on the way round as well, which I like.

“It’s been a quick year. At the start I was just trying to keep my card and then after the British Masters you sit back and go well, now I need to push on and try to win.

“Going from just trying to keep your card to trying to win on the European Tour is a drastic move, but I’m enjoying myself.

“I’ve not reflected too much, which is probably a good thing. We just keep going. You’re turning up trying to win at the end of the day, but we just try to enjoy ourselves, especially this week on home soil and this kind of format.”

All the players in the field play each course once, before the cut falls at the conclusion of round three on Saturday, and the battle for the title returns to St Andrews for the final day.

Among the Walker Cup players who have turned pro since GB&I lost to America at Hoylake earlier this month, Somerset’s Tom Plumb, West Cornwall’s Harry Hall and Scot Euan Walker, from Kilmarnock (Barassie), have been handed invites to play in the Alfred Dunhill Links.

Royal Liverpool’s Matthew Jordan, a winner on the Challenge Tour, and Remedy Oak’s Jack Singh-Brar, the former Hampshire Junior Champion, are the other two members of the 2017 Walker Cup team to get invites this week – along with Frenchman Romain Langasque, who won the Amateur Championship at Carnoustie, in 2015.