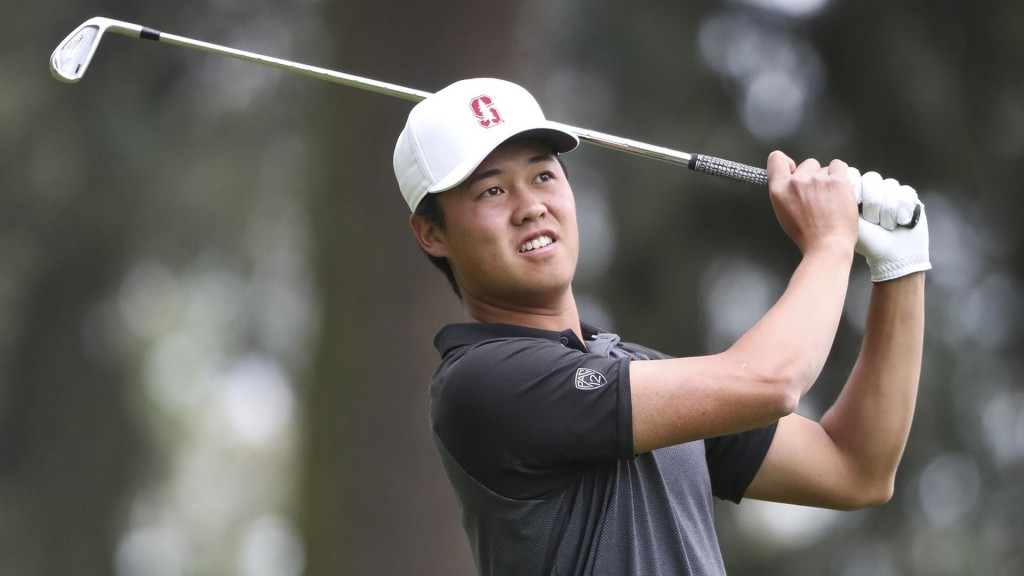 The Stanford University student followed a brilliant 64 in the morning with a 67 to finish three shots clear of the field on nine-under playing a composite of the Kittocks and Torrance Courses at the course overlooking St Andrews during Final Qualifying.

Wu, who qualified to play in the US Open at Pebble Beach last month, said: “It has been a crazy run and today was fantastic, playing on a beautiful course with beautiful views.

“It is like a dream come true to qualify for The Open having watched all the greats play in it.

“This was the only competition I played over here on this trip, though I came over a week ago and got acclimated, as we say in the US. I kept it out of the long stuff and holed everything in the second round.”

The success came hot on the heels of the Californian helping Stanford win the NCAA Championship in his senior year before being presented with his graduation diploma as he came off the 18th green at Pebble Beach – after playing with Dustin Johnson in the final round of last month’s US Open.

Wu carded seven birdies in his opening effort, which earned him a three-shot lead at the halfway stage before the World No. 6 ranked amateur added four more in the afternoon.

The two other spots on the Fife coast were claimed by young Scots Connor Syme and Sam Locke as they both passed the test for a second time in recent years.

Syme, who shared top spot with Suri at Gailes Links in 2017 to make his major debut at Royal Birkdale, finished second on this occasion after two 67s.

Meanwhile Locke, last year’s Silver Medal winner at Carnoustie, came out on top in the battle for the third and final spot with rounds of 69 and 67, ensuring a cushion of two shots back to three players tied in fourth.

Syme said: “The experience of qualifying at Gailes really helped me. I didn’t feel nervous at all today, which was great. I stuck to my game plan and doing what I was doing.

“I got to the semi-finals in The Amateur Championship at Portrush in 2014. It was my first year as a senior golfer. I struggled a bit at the start of that year but that was a kind of breakthrough.”

A winner on the Challenge Tour in Turkey this season, Syme started his second circuit with a burst of three straight birdies while Locke – a protege of Claret Jug winner Paul Lawrie, who turned professional straight after last year’s event in Angus – lit up his afternoon round with an eagle three at the 11th – his second hole – before getting up-and-down over a wall to save par at the last.

Locke said: “Having come through Final Qualifying last year, it was good to go out and do that again today and I am over the moon.

“I had been playing some nice stuff coming into it but just not quite putting it together into a full tournament. I knew I wasn’t far away from doing something good and, thankfully, I picked the right day to do it.”

Just missing out was Woburn’s Stevie Lewton, who has been playing in Asia since losing his European Tour status in 2011 – five years after he finished runner-up behind Rory McIlroy in the Euroepan Amateur Championship.

After shooting rounds of 70 and 68, Lewton, the former B.B.&O. amateur who is now based in Bedfordshire after a spell living in Australia, was tied on two-under with Scottish EuroPro Tour player Lawerence Allan, from Alva, and Limerick’s Tim Rice.

Euan Walker, the beaten finalist in The Amateur Championship at Portmarnock two weeks ago, missed out again on earning a spot at Royal Portrush after rounds of 69 and 70 left the Kilmarnock (Barassie) man on one-under.