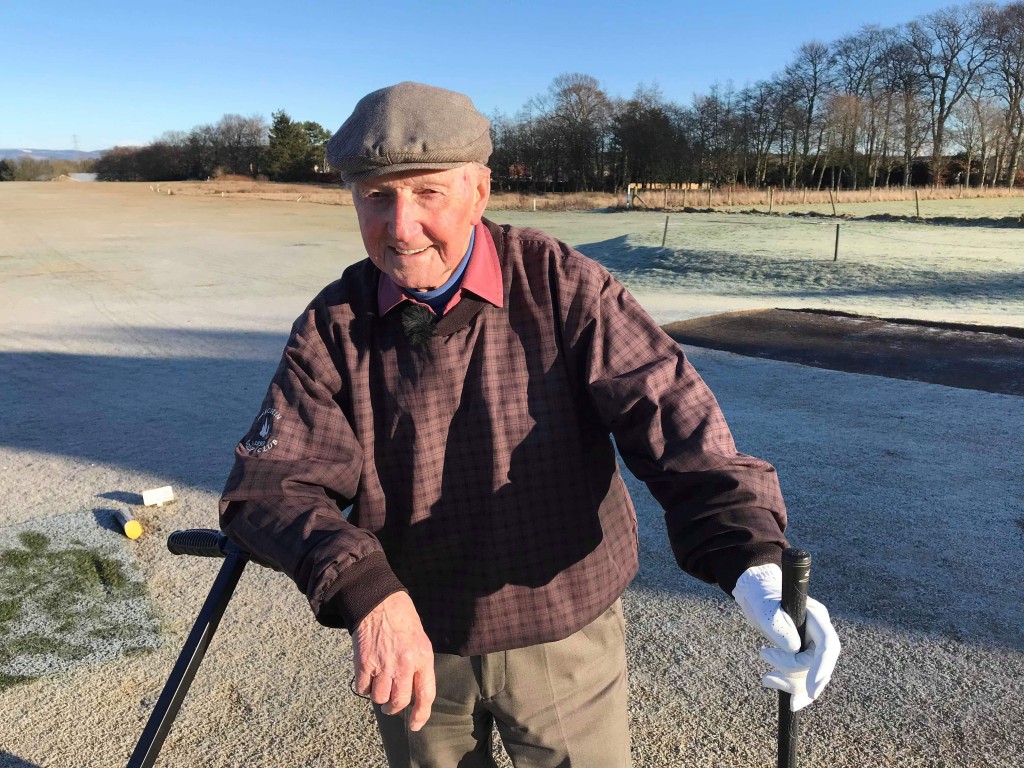 At that start of each year, many of us are into health kicks and trying to exercise more but frequently this falls by the wayside once January has passed.  However for honorary vice president of Brechin Golf Club, Les Skelton, this is something he’s been doing for 75 years.

Last month Les, a celebrated war hero, celebrated his 95th birthday with his wife and family at the club where he’s been an active member for all of those 75 years. 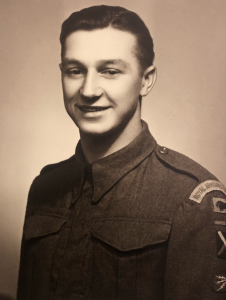 Les Skelton whilst in the army

Les served as part of the Tank Core in the Fife and Forfar Yeomanry during WWII and served in Normandy as part of the breakout troups.  His troup then fought their way through France, Belgium and Holland where sadly he was badly injured having his shoulder blown off.   He spent several months in hospital where they fixed his arm onto his shoulder blade.  Once invalided out of the army Les took up golf under his surgeons advice who recommended he take up the sport to strengthen his arm and since then he’s been hooked on golf.

Les loves the game of golf and at his peak played off a 7 handicap. He’s been a member of Brechin Golf Club for 75 years where he describes his love of the club, how friendly it is and how it’s like an extended family to him.

Les regularly still plays golf and can be seen playing twice weekly in the summer months.  He played the very first Brechin Golf Club Open and has played in 50 consecutive Opens but sadly never won the cup.  However he does now have a Trophy named after him.  He’s seen many changes over the years and whilst he was captain during 1965-1967 one of his achievements was to plant many of the trees that adorn the course today.

There has been research from the Karolinska Institutein Sweden that golfers can live up to five years longer than non golfers – Les puts this down to fresh air, exercise, the friends that you can make and the fact that you can get out and have a laugh, “laughter is the medicine of life you know” he quotes.  He feels that you are never too old to play sports and advises if you can then just get out there and do something.  Although he’s just celebrated his 95th birthday he still feels healthy and plans to continue playing golf for as long as he’s able to.

Formed in 1893 Brechin Golf Course is in the heart of Angus with beautiful scenery all around and with glorious views of the Grampians, but yet despite it’s beautiful location it is only a couple of minutes off of the A90 between Aberdeen and Dundee. Length of 5673, par 69 course.

As well as the golf course, the club has an excellent range of facilities including Footgolf (we were the first to introduce this sport to NE Scotland back in 2015), a well equipped gym, a golf simulator and a restaurant and function suite serving home cooked local produce.

Our club captain is Kevin Bremner and our club pro is Stephen Rennie.