By Andrew Griffin on 7th February 2019 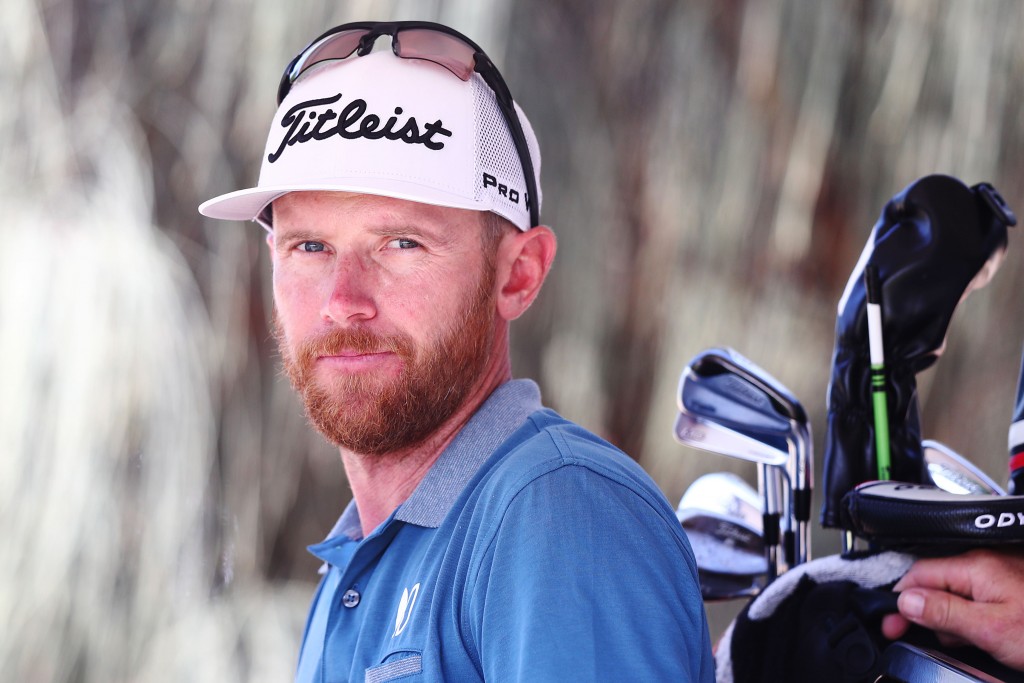 Australian Nick Flanagan shot a round of 62 on the Beach Course at the 13th Beach Golf Links to lead the ISPS Handa Vic Open. Picture by GETTY IMAGES

HOME favourite Nick Flanagan recorded a brilliant round of 62 to take a two-shot lead at the end of a low-scoring first day of the ISPS Handa Vic Open.

Flanagan opened with a 10-under par round – one shot away from the course record on the Creek course at 13th Beach Golf Links.

Nick said: “I just had one of those days where everything seemed to kind of go right.

“If I hit a bad shot, it would just miss a bunker and end up in a nice lie, knocked it up close and kind of just kept momentum going.”

The 2003 US Amateur Champion added: “The two bogeys I had were really, really easy bogeys from nowhere.

“But I knew that if I could just keep hitting it in the middle of the greens over there, I was putting well enough that eventually I was going to make a couple more birdies.

“I had a bogey when I was at six-under, and then next thing you know, birdie, birdie, eagle and you’re at nine-under.

“The rest of it is history. So, it can come up that quick.

“I would love to play in Europe. I feel like the European Tour suits my game, courses like this and just a little bit of different golf to some of the golf I’ve been playing for the last two or three years.

“And those Monday qualifiers get old quick, so I’m kind of pretty sick of them,” said the player currently plying his trade on the Web.com Tour in the States.

The 34-year-old has six professional wins worldwide but is chasing his first European Tour title in just his 16th event after finishing in the top 10 at the Australian PGA Championship, in December.

Meanwhile, history was made over on the Beach course as countryman James Nitties carded a world record-equalling nine birdies in a row while matching the course record with a round of 64.

After teeing off from the 10th, his incredible run from the 15th to the fifth matched the feat of 1989 Open Championship winner Mark Calcavecchia at the 2009 Canadian Open on the US PGA Tour.

Nitties said: “I don’t hold any other world records that I know of, so to be a part of one is pretty cool.

“I had a good chance for that 10th birdie, but I didn’t want to break it.

“It’s such a longstanding record, I wouldn’t do that to Mark Calcavecchia, so it’s good to hold it with him.

“I was kind of devastated last year when I was four holes away from a European Tour card and currently have no status.

“Any time I can play well in a co-sanctioned event and throw myself in the mix to have a chance to maybe get some status or even just play well in an event like this, it’s always good.

“I’m happy to start the year like that and, I mean, it was a cracking day, so it was good fun.”

Austrian Bernd Wiesberger made nine birdies in a row at the 2017 Maybank Championship – but with preferred lies in play on that occasion, Nitties’ run of nine consecutive gains made him the first player to officially do it on the European Tour.

That took him into a tie for second place alongside Hertfordshire’s Callum Shinkwin, New Zealand’s James Anstiss and Chilean Hugo Leon, all of whom also equalled the course record.

Kurt Kitayama – the Afrasia Bank Mauritius Open champion – and another Melbourne star in Jason Scrivener also got to eight under after playing the Creek course.

But Kitayama had a word of warning about the challenge awaiting at least half the field heading into Friday’s second round.

The American said: “It’s fairly open on the Creek side. Going to the Beach course I’ll be in the afternoon draw, and it’s going to be windy.

“So it’s going to be a lot tougher to drive the ball.”

The innovative ISPS Handa Vic Open is making its first appearance on the Race to Dubai, with men and women playing over the same layouts in separate tournaments for equal prize money.