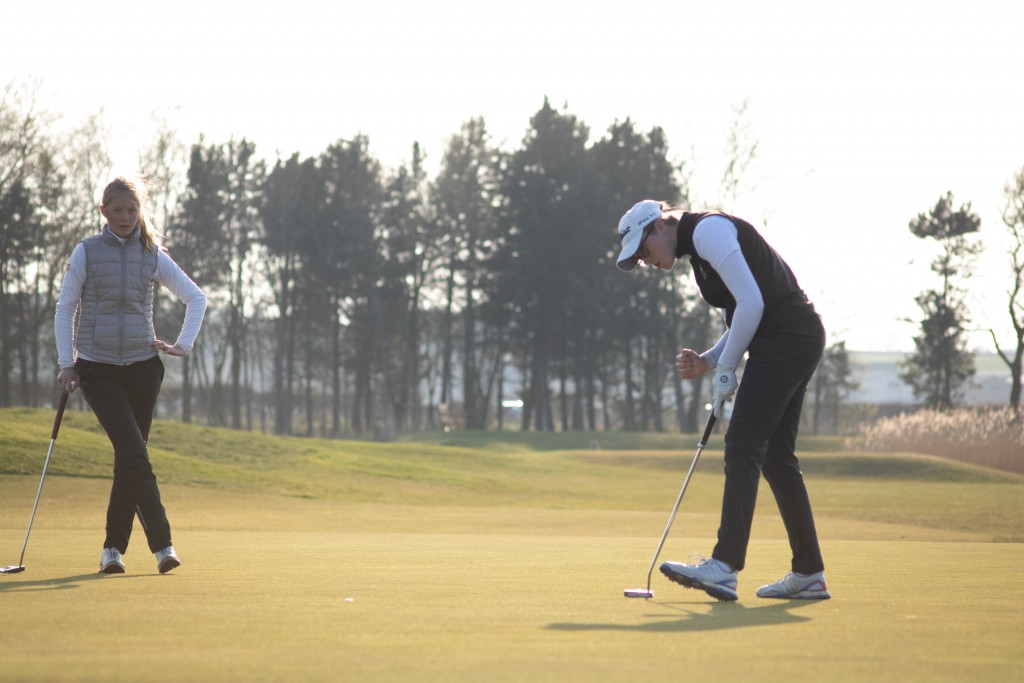 Hannah Darling continued to lead the way at this year’s Scottish Girls’ Open. An even par round of 71 gave the Scots teenager a 3-shot lead going into tomorrow’s final round on the Eden Course at St Andrews.

Looking ahead to tomorrow’s final round, Darling said: “Tomorrow is another fresh day and I will be looking to play it as I have over the last two days, not getting ahead of myself and keeping a level head. I’ve not been in a final often, so I am just looking forward to learning from it and hoping it goes my way.”

Darling, who is currently studying for her National 5 exams, has had to use her down time at this year’s event to keep on top of her revision adding:
“I am doing pretty well at the moment; I’m trying to do it little and often as that’s the only way I can do it at the moment, but I think that my parents will be happy to hear that I am trying to study.”

The low round of the day came from Isabelle Simpson who carded a one-under-par 70 to sit in second place ahead of tomorrow’s final round. Simpson and Darling will be joined by England’s Ellie Gower (even par) in the final group out at 11:30am.

Meanwhile in Ayrshire, there is a three-way tie for first place with Ireland’s Eoin Sullivan, Germany’s Luc Breuer and Scotland’s Gregor Graham all finishing on five-under-par ahead of the closing two rounds tomorrow.

Breuer is looking forward to the final 36 holes at West Kilbride and speaking to Scottish Golf, the highest ranked player in this week’s field said:

I mean this was a solid round today, I didn’t play my best, but I was hitting it well off the tee and that got me a few chances. I am looking forward to keeping that going. We have two exciting rounds tomorrow and anything can happen.”

Breuer will be joined by Sullivan and Graham in tomorrow’s final group, teeing off at 09:10am. A full leaderboard and list of final round tee-off times can be found below.