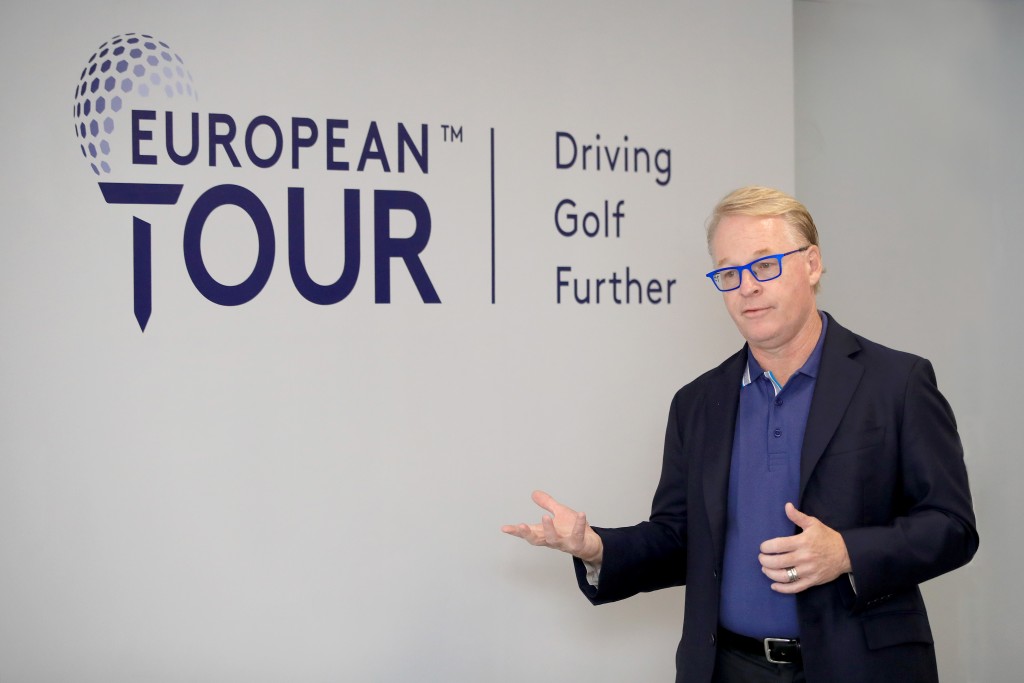 European Tour chief executive Keith Pelley has written to players warning them the days of rising prize funds will be hit by the coronavirus pandemic. Picture by EUROPEAN TOUR

EUROPEAN Tour stars face playing for smaller prize funds as well as the prospect of playing tournaments without spectators later this summer, according to a memo written by its chief executive Keith Pelley.

The update sent to players, which was leaked to the Daily Telegraph, warns that some of the “perks” of tour life will be reigned in significantly.

The professional game is planning for when the green light to resume will be given – when the worst of the coronavirus pandemic is over – so golf can return to our TV screens at least.

But Pelley has warned everything from the kind of courtesy cars and tournament lounges where players and their families and support teams can relax before and after rounds and practice, could be affected.

Pelley’s email stated: “Our tour has enjoyed a significant period of growth in recent years, in terms of prize funds, playing opportunities, and the overall standard of our events, as well as our broadcast product.

“The impact of coronavirus has stopped this rapid momentum in its tracks, and it will, in fact, require us to reassess many elements.”

While the trappings of tour life are bound to be hit, the Canadian who has revolutionised certain areas of the European Tour brand since taking over from George O’Grady, late in 2014, Pelley was most blunt about the likely affect on players’ earnings.

“Prize funds will also most likely be different,” Pelley added. “The reality is, the pandemic is going to have a profound impact on the Tour financially, as well as many of our partners, both in the sponsorship and broadcast areas.”

His latest update to the Tour’s members also stressed it make take until the autumn before they can resume playing tournaments – even though the USPGA and US Open have been rescheduled for August and September, respectively.

Several tournaments could be played at the same venue to make the hastily rearranged 2020 schedule run as smoothly as possible.

“Let us say we are given the go-ahead by governments and health authorities to resume play in the first week of September,” said Pelley.

Will season shrink into 16 weeks?

“That gives us 16 weeks between then and Christmas to try and play as many tournaments as possible.

“We are looking at options such as a) multiple tournaments in the same location; b) two tournaments in the same week or three in a fortnight; or c) three or four tournaments back-to-back in the UK with a 14-day ‘quarantine’ period ahead of that – to allow players not from the UK to come over and self-isolate in advance, if that health requirement is still in place then.”

Pelley stressed the Rolex Series and tournaments based in the UK are the priority for the Tour and its broadcaster Sky Sports – confirming the Tour will “play behind closed doors if necessary.”

The British Masters at Close House, in the North East – which was originally scheduled for July 30-August 2 – and the BMW PGA Championship, at Wentworth (September 10-13), are two of the UK events on the schedule.

The Aberdeen Standard Investments Scottish Open at North Berwick’s Renaissance Club, was due to be held from July 9-12, the week before The Open, at Royal St George’s, which has now been cancelled.

Meanwhile attracting stars from Hollywood to play the annual Alfred Dunhill Links Championship (October 1-4) may pose more problems in 2020 than normal with celebrities filming and TV schedules – if the pro-am can be held at St Andrews the week after the Ryder Cup.

October’s Italian Open, which is a Rolex Series event, faces many hurdles before it can be played, given how badly Italy has fared from the number of COVID-19 deaths.

The other Rolex events are the Turkish Airlines Open (November 5-8) and the Nedbank Golf Challenge, which will have to be moved now that the Augusta Masters has been provisionally rearranged for November 12-15.

But if the South African event at Sun City’s Gary Player Country Club, has to be moved, that also means the DP World Tour Championship at Dubai’s Jumeirah Golf will also have to be moved to December.

The final Rolex Series event will determine the Race to Dubai winner, which earned the European No. 1 Jon Rahm a £2million bonus, on top of the $3million cheque for the winner that week. 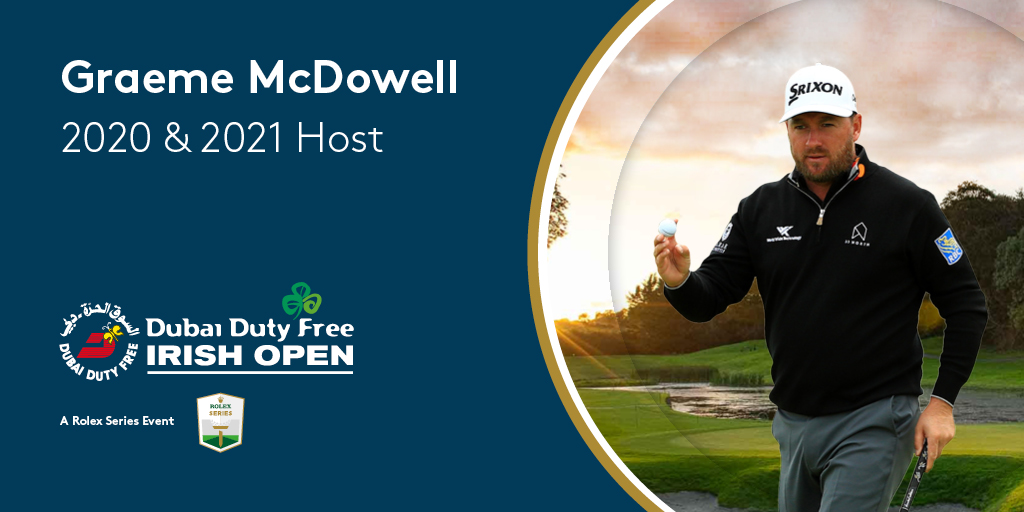 Graeme McDowell was set to host the Dubai Duty Free Irish Open at Mount Juliet in May before the COVID-19 outbreak. Could it still be played in the autumn?

At the moment the BMW International at Golfclub München in late June is the first event on the original schedule which has yet to be postponed, followed a week later by the French Open at Paris’ Le Golf National.

Among the countries where events were postponed in March and April were Ireland, Kenya, India, Malaysia, China, Morocco, the Czech Republic and Spain.

The European Tour has stressed that it would work to try to rearrange postponed tournaments wherever possible.

But the logistical problems created by the international travel bans alone, make that very difficult – let alone while the current uncertainty about lockdowns in each country continues.

And that will depend on the support of the sponsors, or finding replacements should the economic impact of COVID-19 hit exisiting ones.

Certainly, if spectators can be admitted later in the year, both Sky and the European Tour, would be keen to resurrect the Irish Open.

But the lack of light means it would surely have to be played before the clocks go back in October, without the size of the field having to be heavily restricted.