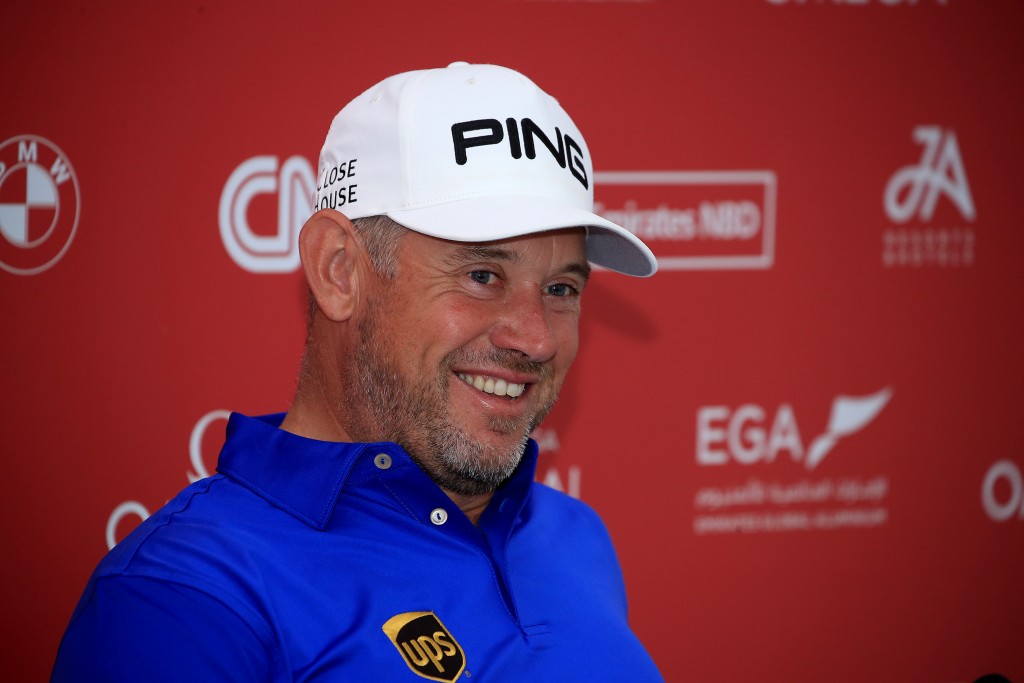 Lee Westwood has won back-to-back twice four times in his career and is confident of making it five at this week’s Omega Dubai Desert Classic. Picture by GETTY IMAGES.

LEE Westwood prepares to tee it up at Omega Dubai Desert Classic – keen to continue his perfect start to the season off the back of his 25th European Tour victory on Sunday.

Westwood has managed to win back-to-back four times so far in his a career and the Newcastle-based Ryder Cup ace now has four wins in his 40s.

Nottinghamshire’s “Worksop Wonder” produced a brilliant final round display to claim the Abu Dhabi HSBC Championship – his 44th worldwide victory – bringing his winning run into a fourth decade, having secured his maiden title in 1996 at the Scandinavian Masters.

Westwood now has the same number of wins in his 40s as Bernhard Langer, who is still going strong on the PGA Champions Tour at 62, and Colin Montgomerie.

Lee said at the Emirate Golf Club on Tuesday: “I think the more you win, the more you get used to getting back to being on an even keel.

“A lot of people, if they are won early in their career, they struggle to bring themselves back again, but I’ve won a lot of tournaments and I’ve won weeks back-to-back.

“Obviously, over the years, I’ve had to really kind of evaluate everything, take it all in, process it, if you call it that – I hate that term – and then get ready for the following week.

“Yesterday I came up, hit a few balls, but being here in Dubai, letting people congratulate me, kind of being around, being present and getting that out of the way, lets me focus on this week’s tournament quicker.

“The goal is to work on the mental side of the game because I feel like that part of the game, if anything, has been lacking and that’s going to enable me to play my best more often.

“It is basically just go out, try my best, have fun, and just control what I control.

“And if win tournaments, I move up with the world rankings and move up the money list and start qualifying for World Golf Championships and Majors – and possibly at the end of the year, the Ryder Cup team, who knows?”

Now the former World No. 1 returns to the Emirates Golf Club for the 25th occasion – having finished runner-up twice in 1999 and 2010.

He arrives with a fresh mental approach to the game and as the new Race to Dubai No. 1 – a title he claimed back in 2009 after victory in the DP World Tour Championship, Dubai that season.

His first European Tour Order of Merit triumph came back in 2000 when he clocked up five wins.

And for anyone looking for some other links between the two premium ball-strikers, the “Mechanic” was 46 when he won the Omega Dubai Desert Classic 10 years ago, pipping Westwood in play-off.

Westwood has finished in the top five of the money list eight times in his career – with a runners-up finish in 1999, having been third two years in a row after turning pro.

WESTWOOD’S countryman Tommy Fleetwood was quick to praise the 46-year-old’s longevity in the game.

The runner up in Dubai at last season’s DP World Tour Championship is himself searching for a sixth European Tour win of his career – and third in the Middle East – following his victories in Abu Dhabi in 2017 and 2018.

Fleetwood said of Westwod: “I think longevity, it’s going to be the standard word used for him now now.

“His swing hasn’t changed since he was about 20 and it’s been working fine for the last three decades, so it might as well work in this one. I think he’s in a really good place himself at the moment, and it’s a different inspiration now.

“Because you watch him play as a kid, and now – as good as he is as a competitor – I class him as a friend and somebody that we can speak to, and great to hang around with and learn off.

“I think we’re all lucky to have Lee out on the Tour and absolutely if you can aspire to somebody, Lee is a fantastic person, looking at his career and the way he’s played – and how good he’s been for a long time.

“It’s very impressive,” added the World No. 10 – who was crowned European No. 1 three years ago – and who came close to winning himself last week.

The Lancastrian signed for a 63 on Sunday to finish tied second alongside Hallamshire’s Matthew Fitzpatrick and France’s Alfred Dunhill Links winner Victor Perez.

Fleetwood added: “I think most players feel very at home when they come out here.

“There are so many events now in the Middle East or the UAE.

“You always start the year out here and hopefully you end the year here. It’s not a given but generally we always end the year in Dubai.

“You get used to the golf courses. That’s one side. I’ve not always done well in the Middle East.

“I feel like I’ve grown to improve, and actually I feel comfortable and it is such a great place to play golf.

“The positive thing is they’re second-place finishes, I’m up there plenty of times, and hopefully it’s just a matter of time and eventually it will be my time – and I would love to get one whenever that is.”

Fleetwood, a Walker Cup player at Merion in 2009 – having lost the Amateur Championship final a year earlier – turned pro in 2010 after winning the English and European Amateur titles in the same season.

The reputation of the Southport-born and bred pro has been building year-on-year over the last decade.

Yet ultimately Fleetwood’s eyes are firmly focused on adding another trophy to his cabinet, as he enters his 30th year – and 10 years on Tour – having accumulated five titles, including two Rolex Series victories.

American Bryson DeChambeau joins the world-class field as defending championship alongside the Green Jacket winners of 2016 and 2017 – Danny Willett and Sergio Garcia respectively.

The Masters champions both started their Major winning years with victory at the Omega Dubai Desert Classic.

Meanwhile 2019 Open Champion Shane Lowry, who picked up the Abu Dhabi title six months before claiming the Claret Jug, is also in the field at the Emirates GC.