By Andrew Griffin on 3rd September 2019 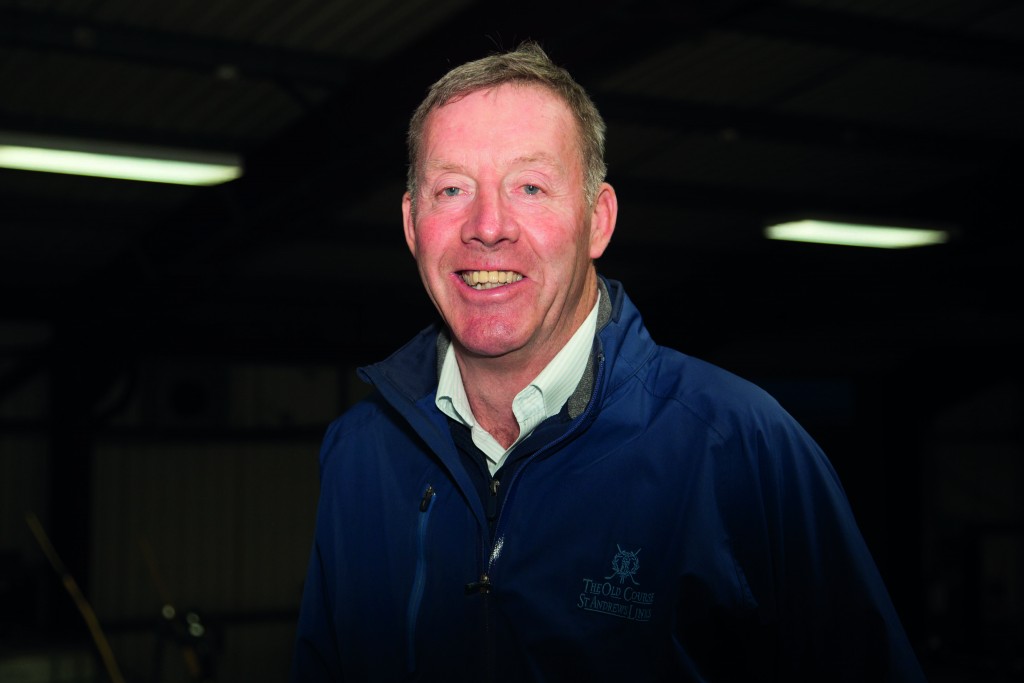 FORMER St Andrews Links Trust director of greenkeeping Gordon Moir has accepted the nomination to become vice-president of the British and International Golf Greenkeepers Association in 2020.

Gordon, who retired from his position at St Andrews Links in December, will take up the deputy’s role with a view to becoming BIGGA president in 2021, as successor to Colin Webber, who is set to be the president in 2020.

The move comes after a career that saw him involved with the hosting of more than 37 championships, including five Opens at the Home of Golf.

The 60-year-old was just the eighth person to hold the title of director of greenkeeping at St Andrews since the first, Old Tom Morris, retired in 1904.

A farmer’s son from Fraserburgh in the north of Scotland, Moir began his career at the town’s golf club in 1976, and attended Elmwood College for his training.

He very quickly moved through the ranks to the role of head greenkeeper.

After 10 years in charge at Fraserburgh, he moved on to become head greenkeeper of St Andrews’ Eden Course in 1991, before later becoming the overall director of greenkeeping.

He has previously served on the BIGGA National Board and is a former chairman of the association’s Scottish Region. 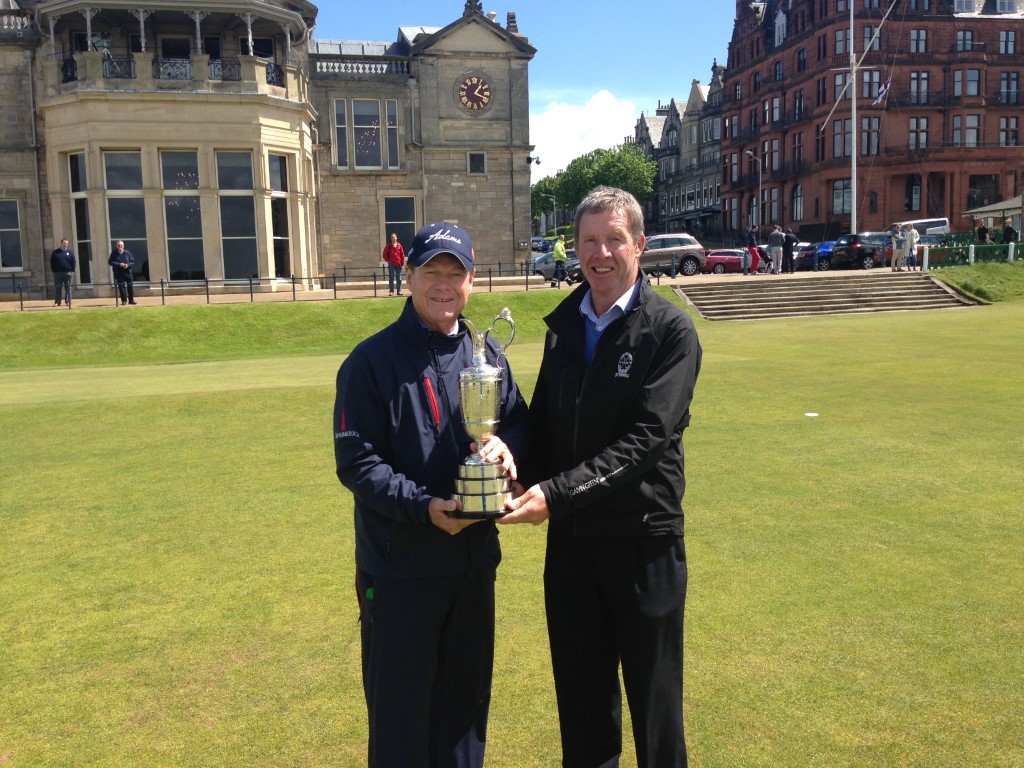 In 1995, while chairman, he met Arnold Palmer and presented him with a crystal vase in recognition of all the legendary golfer had done for greenkeeping.

Throughout his time at St Andrews, Gordon recognised the club had a duty as torchbearers for the greenkeeping industry.

As vice-president, Gordon will support Colin Webber throughout his year as president of the association.

Colin, who is also 60, founded Portmore Golf Park in Devon in 1993 and is also heavily committed to ecology and sustainability, winning a Golf Environment Award in 2010.

Gordon said: “I was absolutely delighted to be asked to be president of BIGGA. To be honest, it was something that I really hoped would happen and I’m glad that my retirement has enabled me to accept this opportunity.

“I’ve tried to stay involved with the greenkeeping industry since retiring.

“So I’m really proud to be offered the chance to represent the association in this way – and meet people from all over the country who I haven’t seen for a year, or who I wouldn’t have met otherwise.

“There is so much available to members of BIGGA, such as getting involved with the various support teams or the numerous networking opportunities, and it can open up so many doors in your career.

“The association has done so much for me and I look forward to being the one talking to members and spreading that message.”

Colin said: “When I was asked to become president, my first thought was ‘why aren’t they asking Gordon?’

“He’s the perfect candidate because of what he’s done throughout his career and the level that he’s worked at.

“His nomination just schows the scale of BIGGA as Portmore couldn’t be further from St Andrews, both geographically – and in terms of its place in the golfing industry.

“It shows the breadth and scale of the association and how it brings together people from all over the greenkeeping industry together.

“I’m delighted that Gordon will be bringing all that experience to the role, which can only be a huge benefit to the association.”

Gordon will be appointed vice-president during the BIGGA Turf Management Exhibition, which takes place in Harrogate, North Yorkshire in January.

He will then become president at the same event the following year.

BIGGA chairman Scott Reeves said: “Each of BIGGA’s presidents have brought a new dimension to the role.

“I’m sure Gordon will add to this increasingly-respected position in his own unique way. I look forward to working with him when he becomes vice-president and onwards in his year as president.” 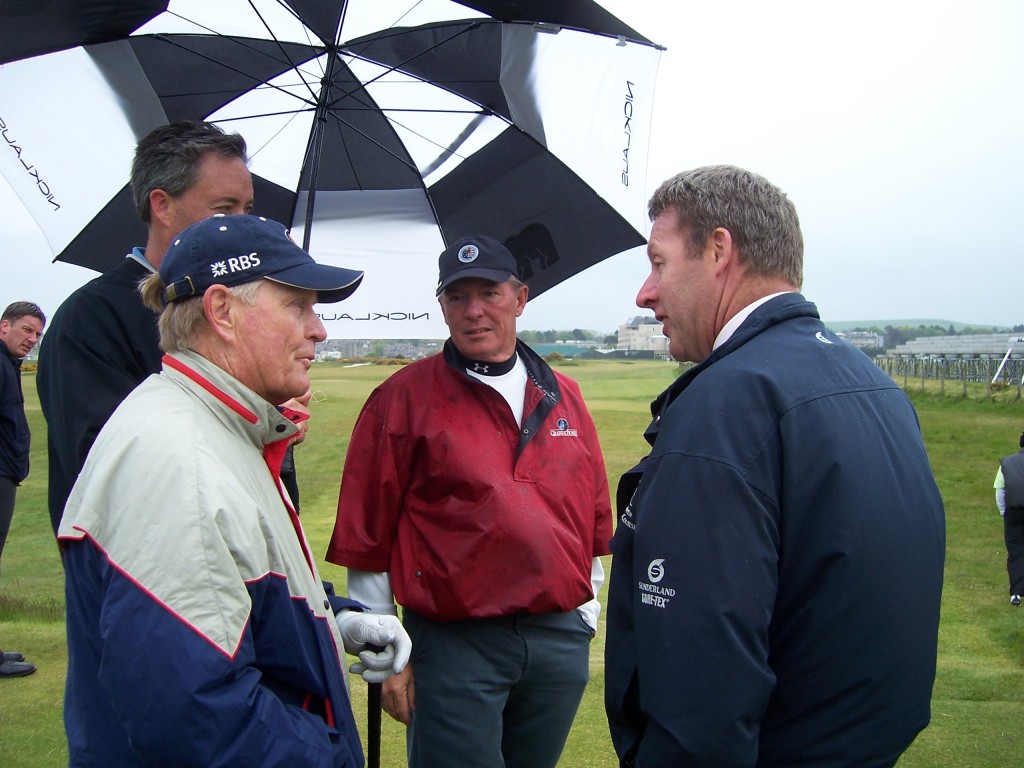