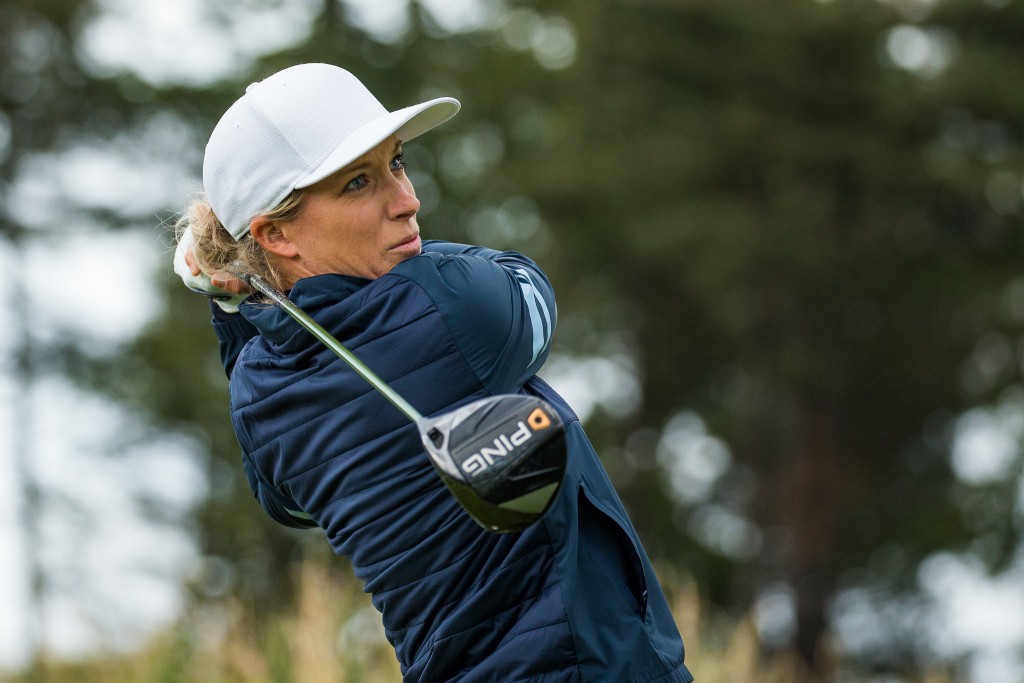 Mel Reid says some of her best golfing memories and friendships are from her days as an England international. Picture by TRISTAN JONES

MEL Reid brought her inspirational golfing story to life in a fascinating web chat with the current England squads and coaches.

The 32-year-old LPGA rookie became the latest professional to offer insight and advice through an online Q&A.

The two-time winner of the Helen Holm Trophy played in the 2006 Curtis Cup – before turning pro in 2008, after winning the British Ladies Amateur Strokeplay in 2007.

The six-time LET winner from Derbyshire returned to form last year with a third-placed finish at the Women’s PGA Championship in the States.

The former Chevin junior was a vice-captain when Europe’s Solheim Cup team edged the USA in a thrilling match at Gleneagles, in September.

Now based in Florida, Reid is a strong advocate for the women’s game.

And her passion for golf shone through in her frank and honest discussion with an enthralled audience.

Reid said: “I think that it’s important that you leave the game in a better place than you found it.

“Some golfers have foundations or are mentors. I feel that I have a voice and that’s where I can make changes – by being authentically myself.

“It is important to show young girls and guys that the golf game is not old-fashioned.

“I want to show people my story and if that helps people then great.

“My story is a little bit different and it is important for me to fight for things I believe in,” said Reid, who announced she was gay in an interview with a US-based website in December 2018.

“I’m passionate about it and if I am a role model that’s a huge honour.” 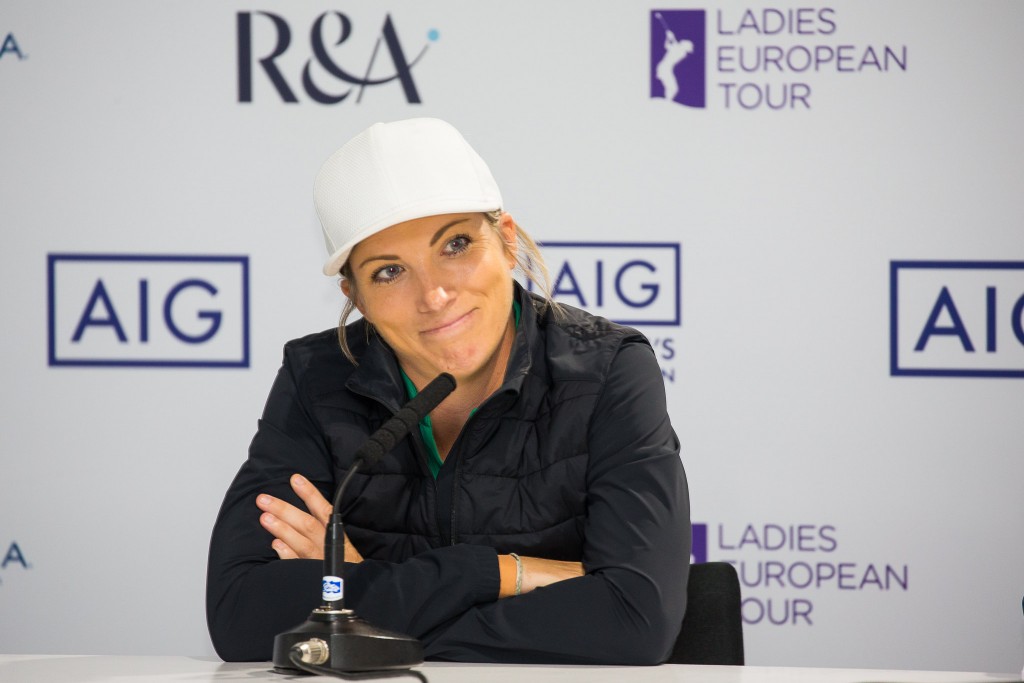 Mel Reid was the latest star to speak to members of England Golf’s performance squads during the COVID-19 lockdown. Picture by TRISTAN JONES

‘Strong mindset the key to success’

MEL Reid revealed the importance of having a strong mindset in golf.

She suggested it was the key difference between a player ranked one or 100 on tour.

Mel opened up on her fitness regime which has allowed her to become one of the strongest and most athletic players on tour.

Reid was speaking from her base at the Floridian Club, near Jupiter in Florida.

The 32-year-old also reminisced on her work ethic as a junior which saw her play 45 holes a day.

She spoke of a desire for young players to develop a natural game rather than becoming obsessed with the game’s gadgetry and technology from too early an age.

“I was in the England squads at the age of 13 and involved with GB&I at 15. There are friends from those days who remain my best mates,” revealed Reid.

“Some of the fondest memories I have in golf are from my amateur days and people you met became like family.

“It taught me a great deal travelling round the world as a teenager.

“It’s a really cool experience that I was lucky to have.”

Having taken time to rest and reset during lockdown, Reid is now eager to get back on tour safely with her status on the LPGA, 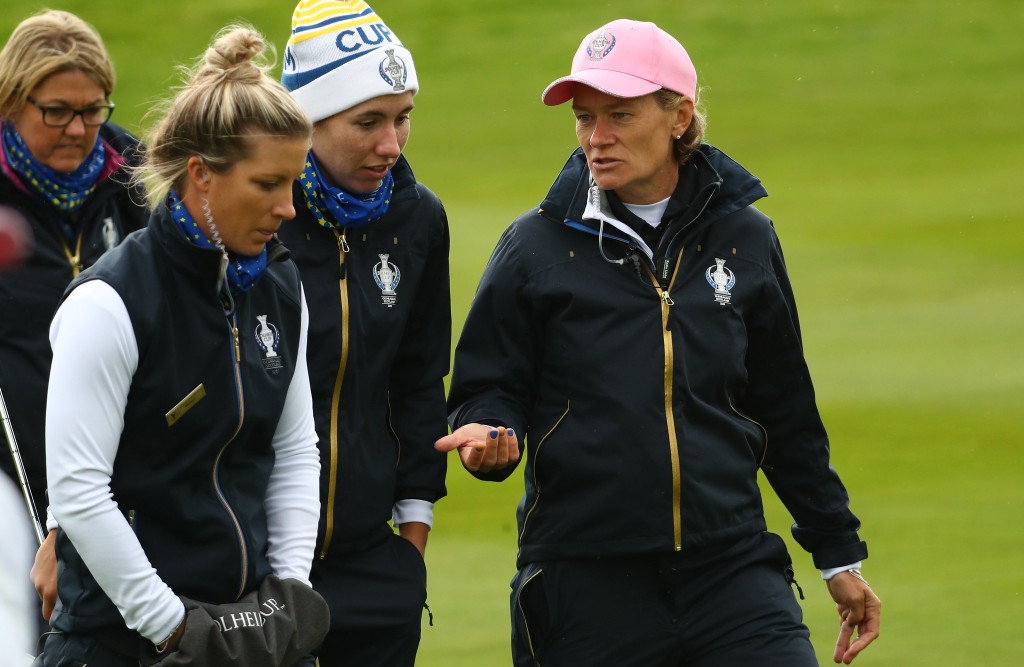 She received plenty of abusive comments on Twitter for calling for women to have been included in the charity event at Florida’s Seminole GC.

It was the first televised golf in the States in more than two months.

Despite the online attacks on her views, Mel is hopeful that the evolution of golf will see respect for the women’s game grow.

She added: “I’d love to see a mixed team event on the PGA Tour. I also think golf at the Olympics should be mixed.

“It shouldn’t be every golf event. I don’t feel that would be appropriate.

“But it would be awesome to have some mixed events – the guys and girls would love to play each other.

“I see how much higher the mountain is for girls to climb – and I fight for more respect for women athletes across the board.

“Golf is one of the most financially rewarding sports – second to tennis. But we still have a long way to go from a respect point of view.”

Mel has already represented England in the European Tour’s ground-breaking GolfSixes, taking on the men.

But she missed last year’s inaugural Jordan Mixed Open when 41 LET players took on players from the European Challange and Staysure Tours.

Forthcoming sessions are pencilled in with LET rookie Alice Hewson and former World No. 1 Lee Westwood.