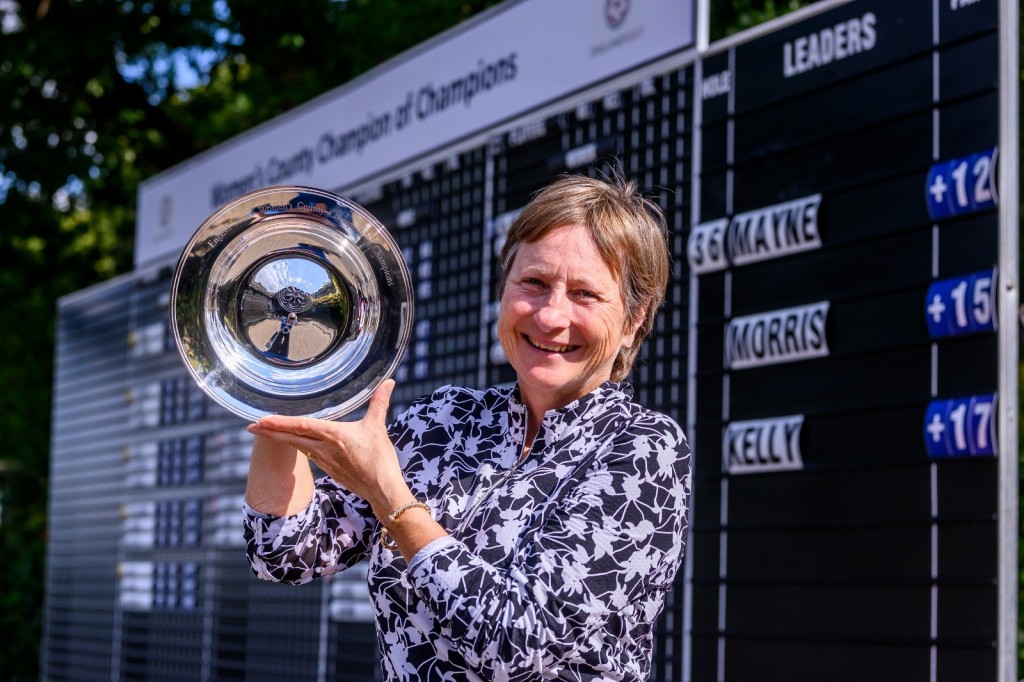 SOMERSET champion Amanda Mayne has become the second player to be crowned as the English Senior Women’s County Champion of Champions.

The Saltford GC member followed in the footsteps of inaugural champion Alison Kelly, from Gloucestershire, after carding two rounds of 79 to claim a three-shot victory on 12-over par at this year’s event at Lincolnshire’s Woodhall Spa, the HQ of England Golf.

Mayne’s nearest rival was Kent’s Kim Morris, who opened with an 82 but then fired a closing 79 to finish alone in second place on 161.

Last year’s champion Kelly, from Cirencester GC, was third in the defence of her title after posting an 80 and an 83, while Lancashire’s first-round leader Janet Melville dropped down to a share of fourth place with Norfolk’s Tracey Williamson (82, 82), after adding an 87 to her opening round of 77.

Williamson, who has won the Mothers and Daughters at Royal Mid-Surrey, with Royal Cromer’s England junior international Amelia four times in the last six years, carded two rounds of 82.

Melville tied for seventh in Oxfordshire a year ago. For the full results from Woodhall Spa click here.