By Andrew Griffin on 27th September 2019 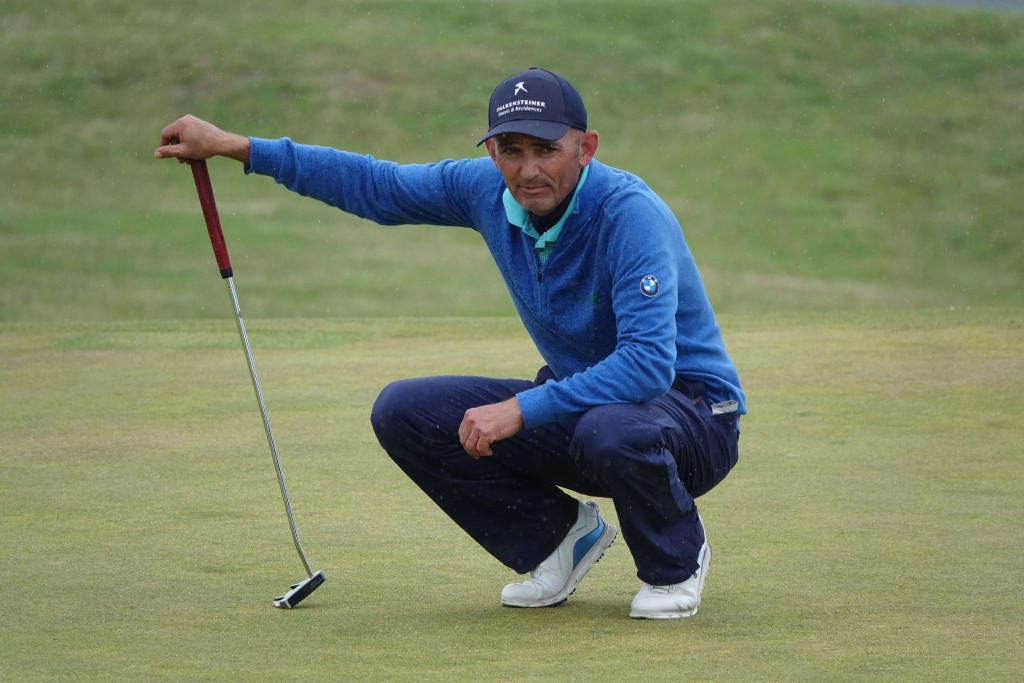 Markus Brier is bidding to become the first Austrian to win a European, Challenge and Seniors Tour event when he hosts the Murhof Legends – Austrian Senior Open this week. Picture by GETTY IMAGES

MARKUS Brier is the tournament host for this week’s Murhof Legends – Austrian Senior Open, but he will have his sights set on completing a rare triple when he tees it up at Golfclub Murhof, starting on Friday.

In 2002, seven years after joining the paid ranks, the Austrian collected his first professional win on this very course, when he triumphed in the European Challenge Tour’s Austrian Golf Open.

“It still gives me goosebumps,” said Brier as he overlooked the 18th green.

“After being a professional for seven years, it was my first professional win,” he added. “I hadn’t won a pro-am or anything, and it was right here where I had a 15-footer to win it.

After winning another Challenge Tour event in Austria in 2004, Brier became his country’s first European Tour winner when he triumphed, at home, in the 2006 BA-CA Golf Open presented by Telekom Austria.

“Every day I had something special. I made a hole-in-one on the first day, made an eagle somewhere on the second day, then on the third day I spun it back 20 feet for eagle.

“I started to think with all these good things happening to me, I need to take my chance, and it came out well in the end.

“Being the first Austrian to win on the European Tour is something you can’t take away.

“There are so many special memories from that week, the whole family was there and it was probably the biggest crowd we’ve had in Austria.”

With the Staysure Tour now arriving in Austria for the first time, the 51-year-old, who has been playing on the circuit for just over one year, is after his first win in senior golf, again, on home-soil.

“It would be very special to win on all tours in your home country,” he said.

“I feel comfortable here. I’ve been coming here for over 30 years and it just makes me feel peaceful and hopefully I can do the same as I did in 2002 and 2006.

“The standard out here is very good. You see guys like Phillip Price and Barry Lane, they’ve won all over the world. You really have to play very, very well and have a bit of luck to win,” Brier added.

“I’ve had a few top 10s already and I’ve also come second and third. I just need a little home advantage this week.

“It’s great to have a Staysure Tour event here. I have so many good memories here, so it’s just perfect.

“It’s a great partnership with the Murhof Gruppe. I’ve been based here for five years now and Gary Stangl and his team have made it possible for us to come here.”

Brier will have inspiration for his home hat-trick when he tees off at 10:45am alongside the two most recent Staysure Tour winners, Paul Lawrie and Lancastrian David Shacklady.

Shacklady, who has won the last two consecutive events, is after a triple of his own, and will look to become the first player since Boonchu Ruangkit in 2010 to win three-straight Staysure Tour titles.