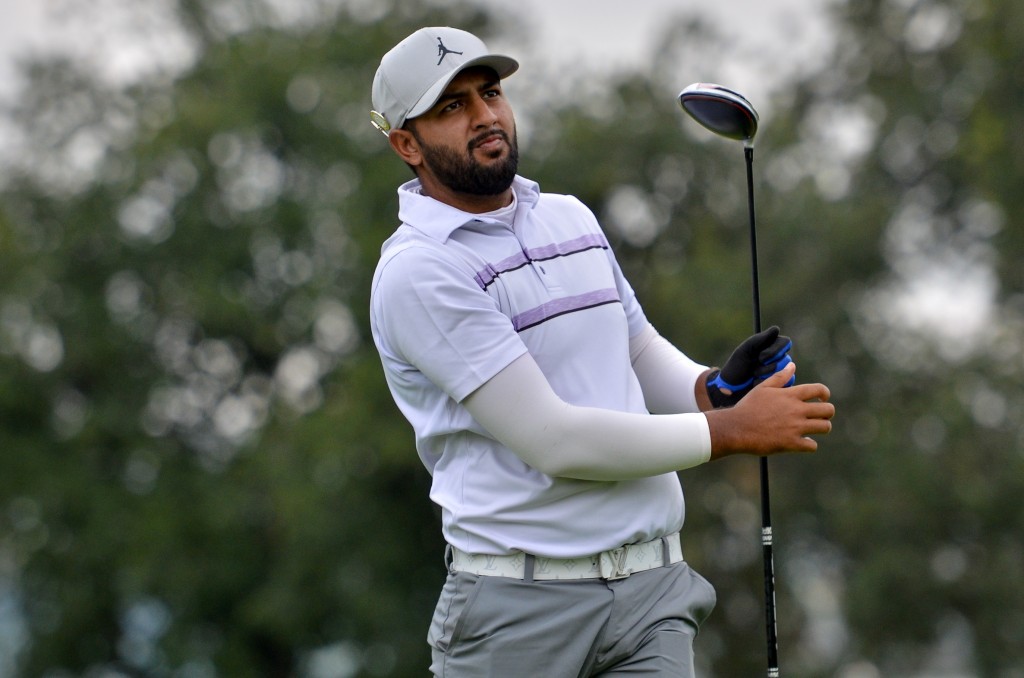 Haider Hussain is second in the South African Stroke Play Championship at Randpark Golf Club after an opening seven-under 65. Picture by ERNEST BLIGNAULT

Wilson, the reigning Welsh Amateur Strokeplay Champion, will start the second round with a one-shot advantage over Gloucestershire’s Haider Hussain, who stole into second late in the afternoon.

Hussain – the winner of The Berkshire Trophy in 2019 – was particularly impressive with a seven-under 65, which also featured an eagle on the 14th.

The former England Boys squad member also lost just one shot to the field with a bogey at the scenic 439-yard closing hole.

The Firethorn Course’s best defence – its fast and challenging greens – were left soft after torrential rain fell upon the home of the South African Open over the weekend.

The soft conditions favoured players with a firm control on their approach shots, like Wilson, who could get aggressive and go flag hunting to set up birdie opportunities.

Wilson, from Balmore GC, north of Glasgow, made a perfect start with short-range birdies on the 10th and 12th holes.

The runner-up in last year’s Tennant Cup then accelerated through the field with an eagle at the par five 14th.

Another birdie followed on 18 and further gains came on the second, third, fourth and ninth.

His scorecard sported just one blemish – a lone bogey at the par three fifth.

“I played really nicely; hit a lot of fairways and most of the greens and I took advantage of the par fives,” said James Wilson.

“The tees were up so just a lot of short irons in and I played sensible on the tougher strokes.” 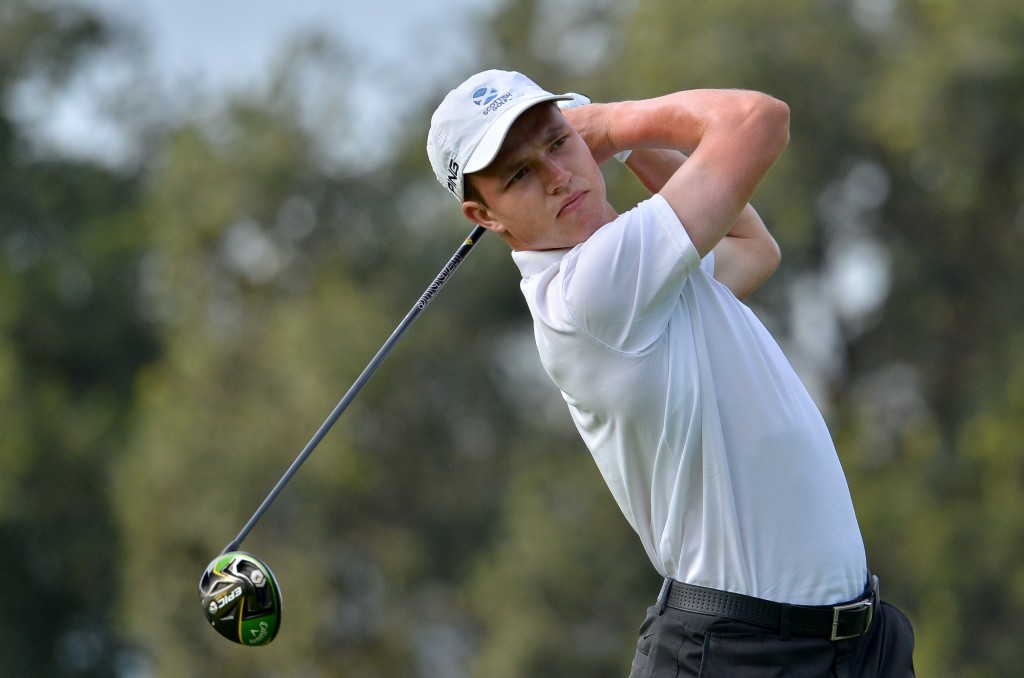 Wilson broke par only once at last week’s African Amateur Stroke Play Championship, in his third round 71, but certainly came into his own this week at the Firethorn course, which stands at 19,363 feet above sea level.

“This course is way more forgiving than Leopard Creek,” Wilson joked about his experince of playing at altitude. “It’s cooler – the greens are not as grainy and less slopey and it’s not as penal off the tees.

“It’s been more relaxing around here and it’s not as long,” added Wilson, who was fourth in the 2019 St Andrews Links Trophy – one of the top three strokeplay events in Europe alongside the Brabazon and European Amateur Championship.

Big-hitters Casey Jarvis from South Africa and Ireland’s Rowan Lester also capitalised with some great pin-seekers and tied for third on six-under.

Sixteen-year-old Jarvis fired a 64 at the Firethorn on his way to winning the Joburg Junior Open, in December, and only a bogey finish meant he had to settle for a 66.

“I really played nicely and I got the putter going early on,” said the GolfRSA National Squad member.

“I didn’t putt well at Leopard Creek, so I worked on it over the weekend and I was rolling it well.

“I hit it just left of the fairway on 18 and had a perfect shot into the green, but I shanked it and had to get myself out of trouble.

“Came away with a good bogey. Shots like that happen some times. I’m not going to dwell on it too much. Still 54 holes to go.”

Lester, who won twice times while playing US college golf in 2019, got off to a very fast start and racked up six birdies through the first nine holes.

“Last week was a bit of a struggle; I wasn’t hitting the driver well, but everything else was solid,” said the Hermitage GC member, who won the Nassau Invitational in New York, in October.

“Today it all just worked. I got the driver going and thought I would do well.

“The back nine was okay. I just kind of hung in there,” Lester added. “The course is amazing. Last week and this week – we are really spoiled.

“I’ve been in college in America, which is why I couldn’t make the last few years, and it’s really great to be back,” said the Texas Wesleyan University player.

AT least 14 players will start the second round within five shots of Wilson, and with favourable scoring conditions set to continue, the leaderboard could change hands dramatically in Tuesday’s switch draw.

Kyle de Beer, who skippered Team South Africa to victory in the Team Competition in last week’s African Amateur Stroke Play Championship, drew on his 36-hole experience in the SA Open to register a round of 67 for a share of fifth with Scotsman Connor Wilson.

Martin Vorster, who edged out Olly Huggins in a four-hole play-off for the African Amateur title at Leopard Creek, is also back in the mix at three-under.

•To follow the progress of James Wilson in the second round of South African Stroke Play on Tuesday, click here. 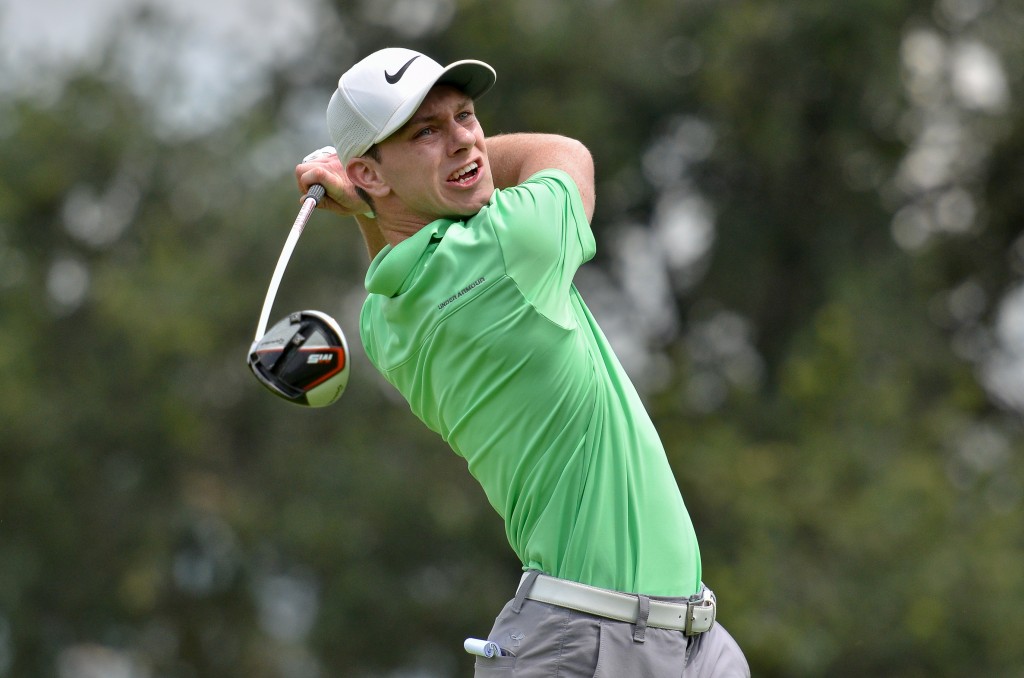