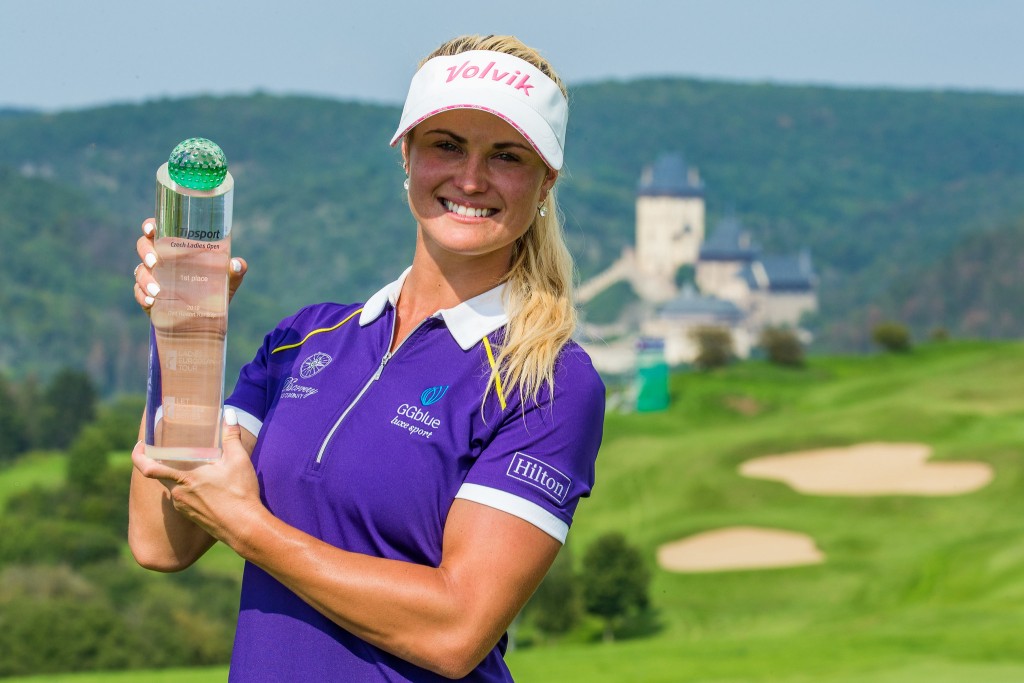 Booth won both of her previous titles in 2012, at the Scottish and Swiss Opens, and was overwhelmed with emotion when she realised that she had posted the winning total.

After completing her final round, she asked a photographer what the leading score was and then how many people were on it.

“It was probably just as well I didn’t know what the situation was,” Booth admitted afterwards.

“I’m a little bit flabbergasted by the whole day. I played good golf and I really had to dig deep in the final round. I’m overwhelmed with happiness.

“It’s been seven years, so it’s a bit of a shock. Not knowing what the winning score was, I didn’t know anything about the leaderboard and I made a really solid par in the end.

“It’s a country that I love to visit, I’ve had some great results here in the Czech Republic in pro-ams and to win the tournament means more than anything.

“After seven years, finally, to get another victory, it’s amazing.”

Booth’s topsy-turvy round included seven birdies and five bogeys, having begun the final round tied for the lead with Nuutinen on seven-under.

But a nervy start saw her first drive go right, out of bounds, and then dropped three shots in her first four holes.

However, she produced a gutsy fightback with brilliant birdies on the fifth, seventh and ninth holes, to make the turn in level par, regaining a share of the lead.

At the fifth, she made a birdie putt from eight feet and then on the par-five seventh, she holed a massive left to right breaking putt from 20 feet, before hitting a punch wedge in to five feet at the ninth and converting the putt.

She took the outright advantage after birdies on the 11th and 13th holes, playing a five-iron shot into within six feet of the flag on the 11th and then chipping in on the long 13th

Back-to-back bogeys, followed even though she made a great up-and-down from 54 yards on the 15th.

Her game plan was to birdie each of the final three holes and Carly managed two further gains, on the 16th and 17th, before finishing with a par on the last.

At the end of the round the new champion asked her caddie, Andy Carter, the golf professional at Jumeirah Golf Estates in Dubai: “Have I just played golf, or been at Alton Towers?

“I never want to go on a rollercoaster again.”

Booth, originally from Comrie in Perthshire, headed home to Manchester straight after the tournament to celebrate over the Bank Holiday with her friends.

The Scot finished a stroke ahead of Finland’s Sanna Nuutinen, France’s Anais Meysonnier and English pair Charlotte Thompson and Hayley Davis , in the dual-ranking event with the LET Access Series.

Germany’s Olivia Cowan ended in sixth place and amateur Patricie Mackova was the leading Czech player in a share of 12th.