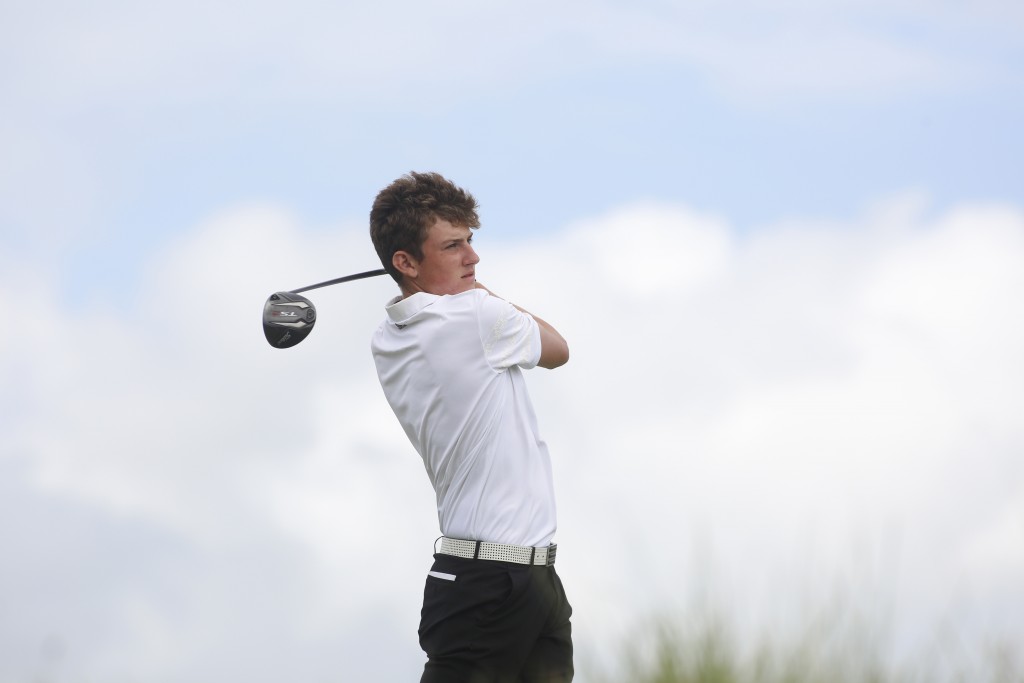 Hallamshire’s Barclay Brown will captain the Great Britain & Ireland team against Europe in the Jacques Leglise Trophy, at Aldeburgh GC, at the end of August. Picture by GETTY IMAGES

HALLAMSHIRE’S Barclay Brown will captain Great Britain and Ireland for a second time when they play against the Continent of Europe in the Jacques Léglise Trophy, later this month.

The GB&I team, which will be managed for the third time by Stuart Wilson will be looking to defend the Jacques Léglise Trophy after they won 15½ -9½ at Kytäjä Golf in Finland last year.

Wilson, who won the Amateur Championship in 2004, has assembled a strong GB&I team for the match at Suffolk’s Aldeburgh Golf Club, from August 30-31.

Five players return from the 2018 winning line-up, including playing captain Brown, who won three of the four matches he was involved in last year.

The most notable newcomer is Rotherham’s record-breaker Ben Schmidt, who – as well as being selected to make his England Home Internationals debut in Ireland next month – is rewarded after winning the Brabazon and Carris trophies as a 16-year-old.

Schmidt is also on standby for the GB&I Walker Cup team to face the USA at Hoylake in less than two weeks, having been named the first reserve.

The Yorkshire teenager, who comes from the same club as where Danny Willett was a junior, is now the youngest player to complete the England Men’s and Boys Amateur Strokeplay double.

The player now ranked No. 8 in the World Amateur Golf Rankings is just the fourth to have done it in the same season, breaking Sandy Lyle’s record which had stood since 1977.

Brown, who was the winner of last year’s Daily Telegraph Junior Championship, is looking to defending GB&I’s crown.

“It’s a really good week and a tough team to make so it’s always nice to get picked,” said Brown.

“There are nine great players competing so I think we have a great chance of winning. We have a really strong team.

“It’s a great honour to be the captain again this year. We won last year so hopefully we will be able to defend.”

Brown advanced through to the semi-finals at the Boys Amateur after defeating Pagdin in the fourth round of matchplay.

The Continent of Europe last won the match in 2017 at Ballybunion, in Ireland, after successfully defending the title it won in 2016, at Prince’s, at Sandwich, in Kent.

Since the Jacques Léglise Trophy was first contested in 1958, GB&I have won 29 matches overall with the Continent of Europe claiming 12 victories and one match ending in a tie.