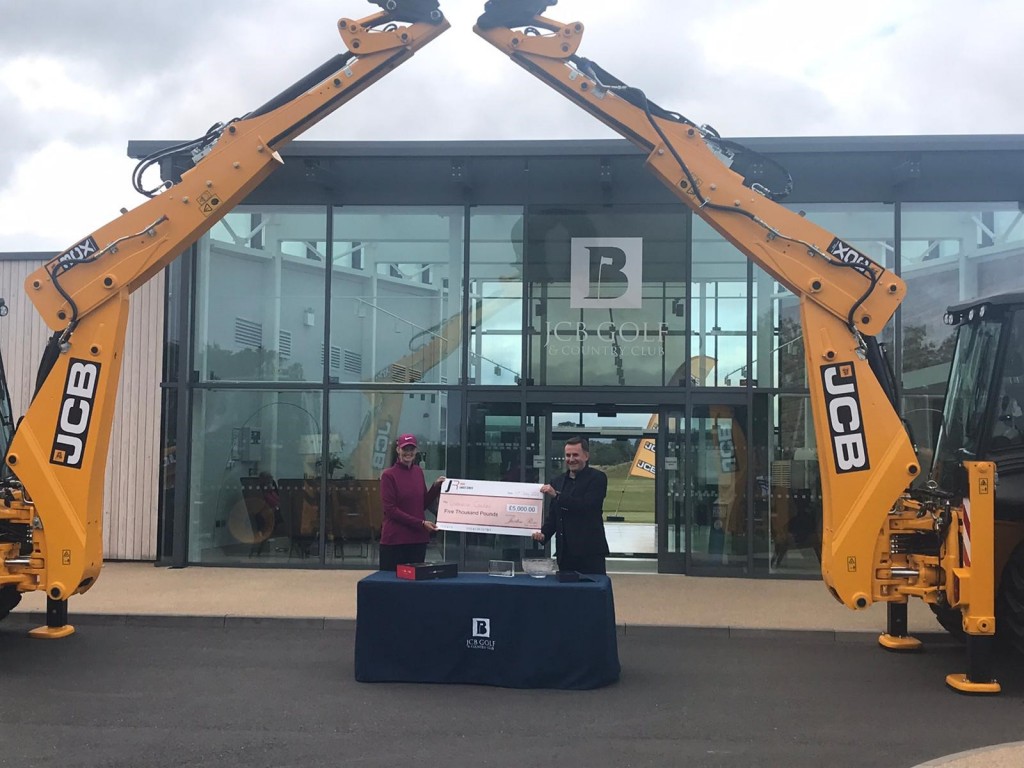 Hanbury Manor’s Gabriella Cowley had to dig deep to claim her £5,000 winner’s cheque after winning the fifth Rose Ladies Series event at the JCB Golf & Country Club. Picture by LET

FORMER England international Gabriella Cowley, from Essex, dug in for the victory at the JCB Golf and Country Club, in Staffordshire.

Cowley’s round of 70 for a two-under par finish saw her enjoy a slender one shot winning margin over no fewer than six of her nearest rivals including LET stars Georgia Hall and Charley Hull.

Cowley has been in great form throughout the Series finishing third at the first event at Brokenhurst Manor.

And the 24-year-old has not finished outside the top-14 so far this summer.

A delighted Cowley, who survived a nervous finish after a stirring start, said: “This means a lot to me. I have worked extremely hard during lockdown.

“I changed my putter at the start of this week and was five-under-par through 15 holes and playing really well.

Gabriella added: “I did have a bad finish, but it does not matter now.

“I played really well, and a key highlight was making three consecutive birdies to start the back nine.

“The course was playing long and it is a tough test. But the condition of it was unbelievable and it was a really good set-up.”

Cowley, who won the £5,000 winners cheque, added: “The support from Justin and Kate Rose – and the sponsors putting these events on – means a lot to all of us. And it is great to now be a winner of one.

“Every event has been superb and its nice to be playing tournaments.

“These events and the win will give me a big confidence boost heading back into the restart of the Ladies European Tour season.”

COWLEY, who is attached to Hertfordshire’s Hanbury Manor GC, finished ahead of a group of players tied for second position on one-under. 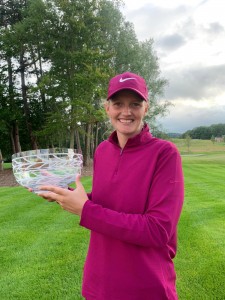 Cowley, who hails from Harlow, came up via Essex Ladies’ junior ranks. She turned pro in 2014 and has made 47 starts on the LET since her rookie year in 2016.

She produced two top 10s in 2019, her best results to date, having started on the LET Access Series in 2015 – just six years after taking up the game.

Hull announced that she will now not travel to play in the States when the LPGA resumes later this month.

Instead the Woburn G&CC ace will continue to play the remaining Rose Ladies Series events in the build-up to August’s AIG Women’s British Open at Royal Troon, with the LET’s Scottish Open, a week before at The Renaissance GC, in North Berwick.

Hull was originally planning to fly to the USA this week to meet the two-week quarantine required before playing in the Drive On Championship, in Toledo, on July 31.

The LPGA winner was then set to play in the Marathon Classic, also in Ohio.

But after winning the first Rose Ladies Series event at Brokenhurst Manor last month – followed by top sixes in the next three events – the 24-year-old from Kettering is targetting the American Golf Order of Merit.

Gemma Dryburgh – who won the last two events, including at Royal St George’s – has now flown back to America to rejoin the LPGA.

Paul McDonnell, Rose’s agent at Excel Sports who are running the series, said: “I’ve spoken to Justin and Kate and they are thrilled that Charley is to carry on playing.

“To have someone of Charley’s status is, of course, a big boost. We completely understand why Gemma felt she needed to be back on the LPGA Tour to fight for her playing status, and we wish her all the best.

“The series is going from strength to strength and is sure to get even more exciting.” 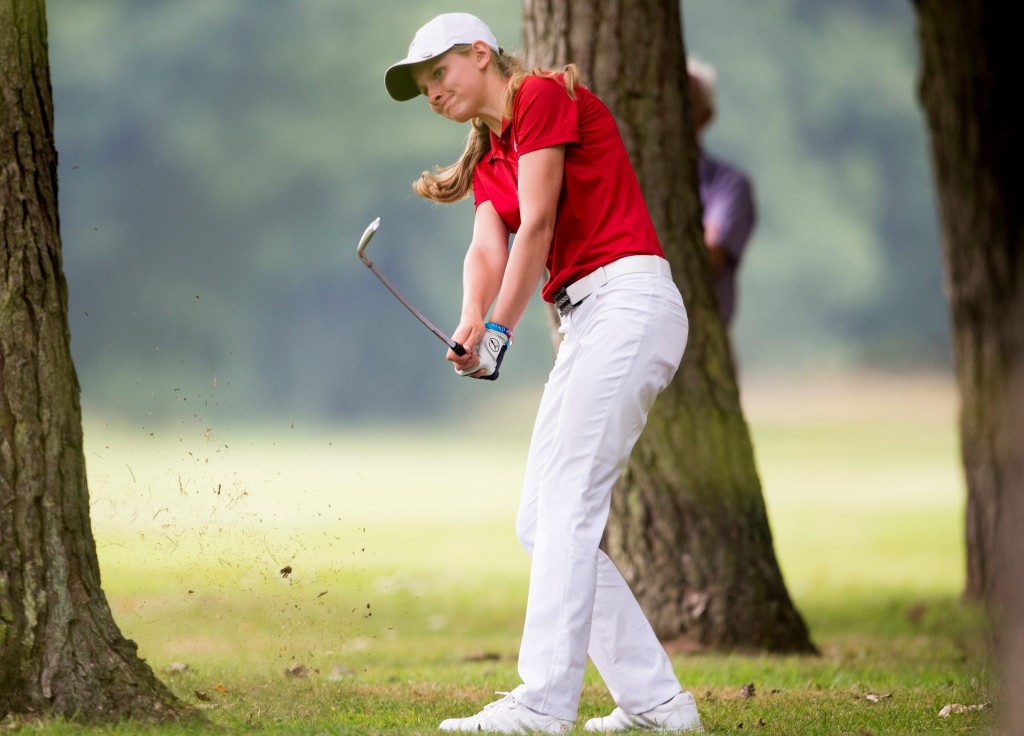 Worcestershire’s talented US college golfer Emily Price finished 15th in her first Rose Series event before she returns for her third year in the States, playing for Kent State University. Picture by LEADERBOARD PHOTOGRAPHY.

Price made flying start at JCB

ONCE again there was another fine showing from the lone amateur in the field – Emily Price, the 2016 English Women’s Strokeplay champion.

Emily Price can take some pride from her round of 74 which saw the Kent State University student finish in 15th place.

The Ludlow Golf Club member got off to a flying start with a birdie at the opening hole in the fifth event in the Rose Ladies Series.

Bogeys at the fifth and eighth halted her charge, but another birdie at the par three, ninth hole allowed her to reach the turn in a level par total of 36.

A tough back nine for Price started with two bogeys at 10 and 11.

However, another birdie at the 12th, a run of five pars and a dropped shot at the last allowed her to sign for a score of two-over par.

Price, who started life as a member at Cleobury Mortimer GC, also claimed the Scottish Girls Open title and the English Girls Order of Merit in 2016.

She transferred from University of South Carolina in March to join Ohio’s KSU for her third and junior year in the NCAA.

•For full scores from the JCB club click here. 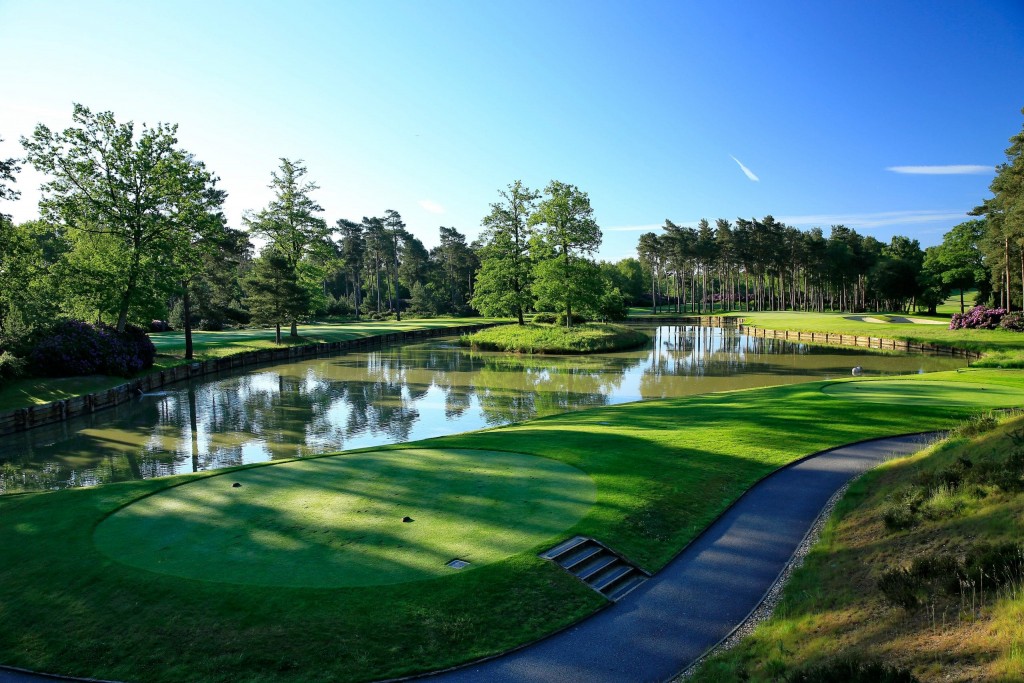 It will be held across three courses, North Hants, The Berkshire and Wentworth’s West Course, from August 5-8.

Next week, Gabriella Cowley and the rest of the ladies roll on to week six with an event at Bearwood Lakes GC, in Berkshire before the penultimate event at The Shire London, a week later.