NEXT week’s Hong Kong Open has been cancelled as the civil unrest in the former British colony increased with violence across university campuses, after months of turmoil by protestors unhappy with Chinese rule.

More than 150 golfers from Europe and Asia were set to head to Hong Kong for one of Asia’s oldest golf tournaments, which is played annually at Fanling.

European Tour chief executive Keith Pelley made the announcement today (Wednesday) as the latest spate of violence in the college campuses showed no sign of abating.

But after talks with Asian Tour co-hosts, the golf bodies pledged to try to hold the tournament at the earliest opportunity in 2020.

Mr Pelley said: “The decision has been taken due to the ongoing level of social unrest in Hong Kong.

“As the safety of our players, staff, stakeholders and everyone involved in each and every one of our tournaments around the world is our top priority, we feel this is the correct, but unfortunate, course of action.

Asian Tour commissioner Cho Minn Thant said: “It is regrettable that the Hong Kong Open has to be postponed due to the ongoing unrest in the city.

“The unpredictability of the current situation in Hong Kong makes it very challenging to sanction the tournament especially with the safety of everyone of utmost importance.

“However, we are optimistic that once the situation in Hong Kong stabilises, we will be in a better position to sanction the 61st edition of the Hong Kong Open in the very near future.”

THERE is no European Tour event scheduled for the week of February 13, which could be the next window when the rearranged Hong Kong Open could take place.

After this week’s DP World Tour Championship, Dubai, which is the climax to the 2019 season, the first event of the season will be the Alfred Dunhill Championship at Leopard Creek, from November 28-December 1.

The tour will then move to the Indian Ocean for the AfrAsia Bank Mauritius Open, from December 5-8, with a trip to the Australian PGA Championship at Royal Pines Resort, on Queensland’s Gold Coast, from December 19-22.

The first event in 2020 is the South African Openat Johannesburg’ss Randpark GC, form January 9-12 before the beginning of the three week Desert Swing, in Abu Dhabi, Dubai and Saudi Arabia.

Another option may be to hold the event in the week of the WGC-Mexico Championship although that may be unpopular with sponsors as the world’s top 50 players would be unavailable.

Masters winner Patrick Reed and Open Champions Henrik Stenson and Francesco Molinari were due to play in the 2019 Hong Kong Open, while Aaron Rai, from the West Midlands, was set to defend the title won at the Hong Kong Golf Club, a year ago.

Past champion Miguel Angel Jimenez was also committed to play along with Ryder Cup player Matthew Fitzpatrick. Three of those four are in the world’s top 50.

The next vacant week in the European Tour schedule is in early April – the week before the Masters.

•To see the 2020 European Tour schedule in full click here. 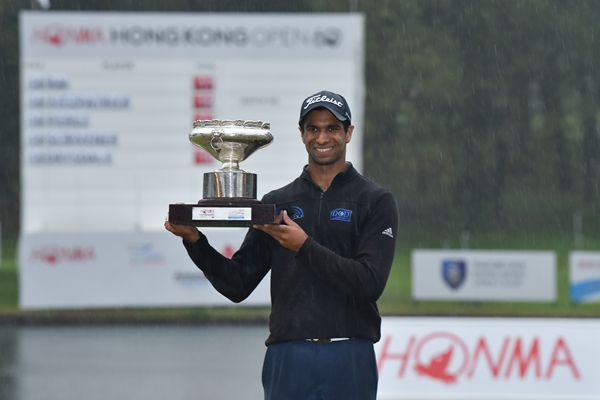