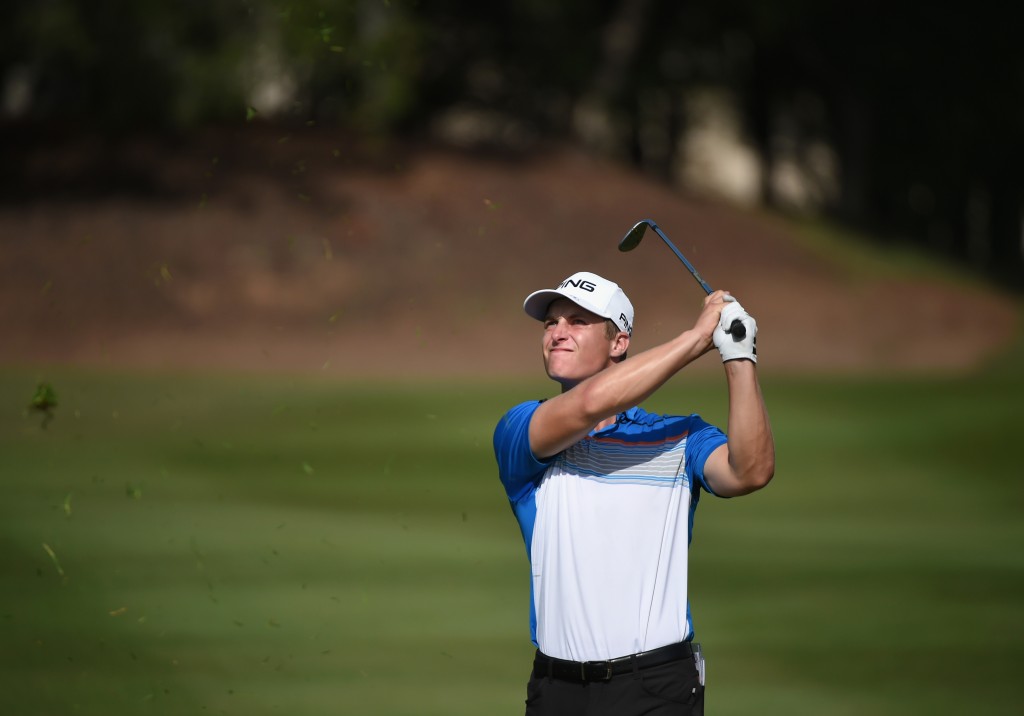 Scotland’s Calum Hill who continued his good form at last week’s Scottish Open at The Renaissance Club to lead at the halfway mark when returning to play in the Euram Bank Open on the European Challenge Tour. Picture by GETTY IMAGES

CALUM Hill leads the Euram Bank Open on 11-under par at the halfway stage after posting a bogey-free 64 on day two at Austria’s Golf Club Adamstal.

The Scot added a six-under par round to his opening five-under 65 to overhaul first round leader Marcel Schneider, who heads into the weekend as Hill’s nearest challenger after carding a one-under par second round to leave him two shots back on nine-under

Hill finished as the low Scot at the Aberdeen Standard Investments Scottish Open – last week’s Rolex Series event – and he has continued that form upon his return to the European Challenge Tour.

Hill said: “I’m happy with how things have panned out over the last couple of days. I’ve hit some nice golf shots and holed some putts so I’m in a nice position.

“I hit a lot of really good golf shots. I hit a poor wedge shot on my second hole, the 11th, which ended up in the right bunker – but I got that up and down and I wasn’t in too much trouble for the rest of the round.

“I had a couple of close looks, missed a handful but also made a couple so it worked out a nice score in the end.

“I hit a really good drive on the last which was just left of the trees and I had 74 yards to the pin and I put it to four feet before rolling that in. So it was nice to sign off the round with that,” Hill added.

The Kirkcaldy native played alongside three-time European Tour winner Grégory Havret, who also posted a six-under 64 to head into the weekend in a tie for 12th, and Hill admitted it helped to have the momentum of playing with someone who was also scoring freely.

Hill, who is attached to Gleneagles, said: “Every single shot Greg hits is of really high quality. It’s always a nice golf shot so you’re never stepping into your one thinking ‘oh gosh!’.

“You’ve always got a good vibe going into your shots, so it is nice to have that momentum in your group.

“I don’t find playing with Greg that different to playing with anyone else, despite his success. He’s just a really nice guy and very chatty, so it’s really relaxing,” said Hill who won last year’s Northern Ireland Open in just his fifth start on the Challenge Tour.

Hill and Havret were only bettered on day two by French duo Edouard Dubois, who posted a seven-under 63, and Antoine Schwartz, who tied the course record of 62 with Marcel Schneider, whose opening effort on day one saw him join Borja Virto on the honours board after the Spaniard set the record in 2018.

In total, 69 players survived the 36-hole cut of one under par and the third round will begin at 7.30am local time on Saturday.

For live scoring in the third round click here.