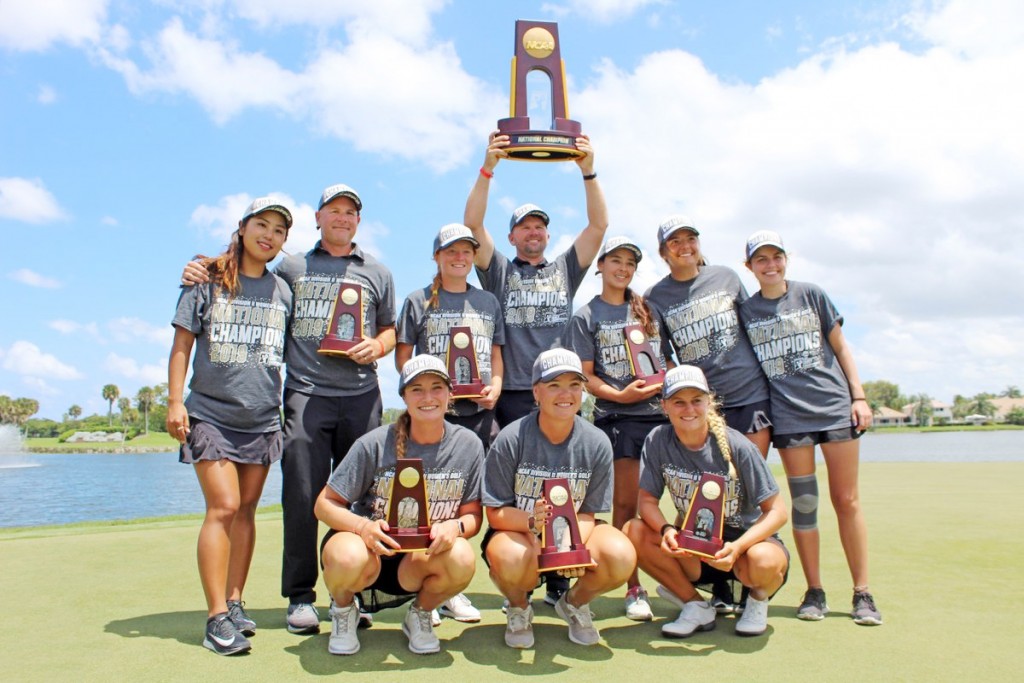 The Florida Tech team that pulled off a fairytale success in US collegiate golf. Skipton’s Lucy Eaton is pictured front left.

Lucy Eaton proved the inspiration in her American university’s ladies team that pulled off a spectacular victory in the NCAA finals in Florida, the top annual competition on the US collegiate golf circuit.

The club’s Max Berrisford has also made history by qualifying for The Brabazon Trophy, one of England Golf’s major championships and arguably the world’s top stroke play event for amateur men.

Lucy, 23, who lives in Skipton and has just completed her fourth and final year of a university golf scholarship in the States, was a member of the Florida Tech team, The Panthers, that pulled off an unbelievable finish to the season by winning the NCAA 2nd division.

Success was made all the sweeter, as team members had been shocked to learn earlier this year that the women’s golf programme at the university was to be scrapped after the Spring season.

Lucy commented at the time: “We all just had our mouths open in shock. No one could say anything. We were just all heartbroken.” Later that day on the team’s group chat, Lucy wrote: “New target acquired. Let’s go win nationals.”

The Florida Tech team channelled their anger and frustration into the kind of storybook run that transcends sport, finishing fourth in the Sunshine State regionals in Cleveland – considered to be the most competitive in the US. Lucy had the lowest score in any round for any player at 4 under and finished seventh overall. In the stroke play qualification of the All America Finals she came third individually.

The Panthers then advanced to the NCAA Championship staged at Palm Beach Gardens, before going on to land the Division II title on its last day of existence and for the first time in school history.

Lucy, who graduated a fortnight ago and extended her stay in the US while representing the university in the finals, went off in the lead match in the stroke play Matchplay final and found herself 6 down after 12 holes.

She then rallied like there was no tomorrow to put the first point on the board for the Panthers with a birdie at the 18th. It was a result that clearly motivated the whole team, as they pulled off a fairytale victory.

Bill Jurgens, Florida Tech Head of Sport, said: “The team has become inspirational. Their story is truly amazing accomplishment and Lucy has the right attitude for greatness.”

A spokesperson for Skipton Golf Club added: “This was an incredible result. Lucy’s performance in this five-day marathon has been extraordinary and she has absolutely led from the front. She was very much the inspiration behind the overwhelming result.” 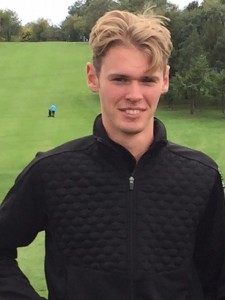 Skipton’s Max Berrisford, who has qualified for The Brabazon Trophy, one of England Golf’s major championships.

Max Berrisford’s success is also being hailed at the club as a phenomenal achievement. The 18-year-old from Steeton came through the recent northern qualifier for the Brabazon Trophy played at Lindrick Golf Club, Worksop.

He shot a one over par 71 – a round that included a hole in one on the 192yd 11th with a well struck 5 iron that once it hit the green looked in all the way – to finish 19th and so qualified for the championship proper, which is being played at Alwoodley Golf Club in Leeds between May 30 and June 2.

Both Lucy and Max have flown the flag for Skipton Golf Club on multiple occasions. Lucy, who joined as a junior in 2006 aged ten – she is a former junior captain – last year won the Bradford & District Ladies Golf Championship.

Max, who joined Skipton as a 12-year-old and is also a former junior captain, has the lowest junior handicap in the Bradford & District Union of Golf Clubs, is the current Yorkshire Amateur Matchplay Champion. He was also called up to play for Yorkshire in their recent match against Durham, winning both his individual (1 up) and foursome (5&4) matches.

Skipton Golf Club Juniors are the reigning champions in the Bradford & District Union of Golf Clubs Junior League Division 1. Junior coaching is delivered by PGA-qualified professional Ben Mallinson. Up-and-coming youngsters who may be interested can find details at www.skiptongolfclub.co.uk