By Andrew Griffin on 8th September 2019 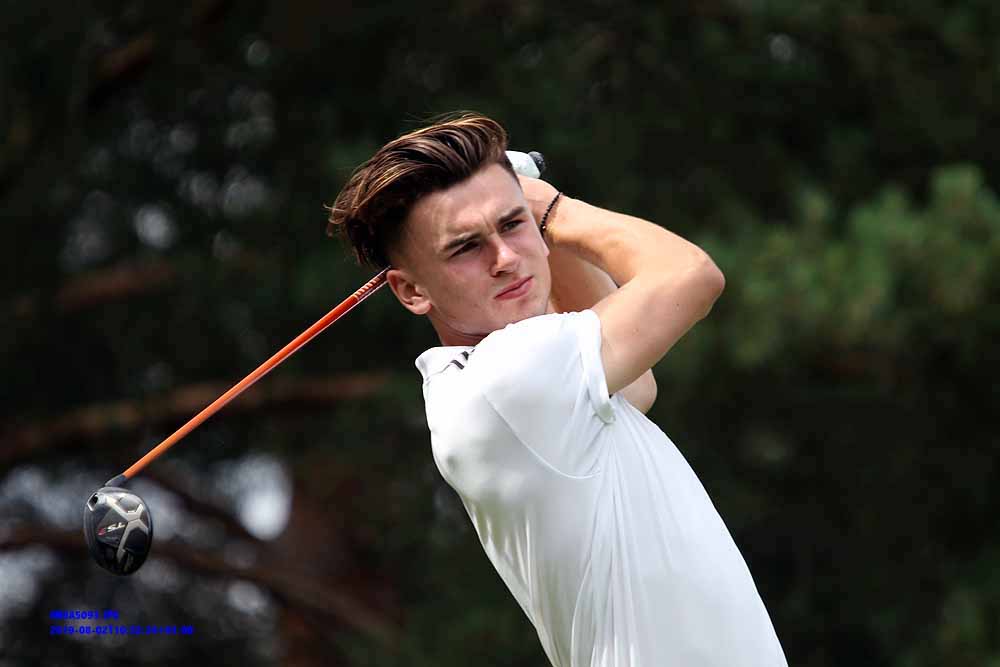 GREAT Britain and Ireland hold a two-point advantage over the United States of America at 7-5 going into the second and final day of the 47th Walker Cup at Royal Liverpool.

Craig Watson’s side need six points from Sunday’s foursomes and singles matches to win back the Walker Cup after losing to the USA two years ago at Los Angeles Country Club.

GB&I then won the afternoon singles 5-3 with Stoke Park’s Conor Gough – the second youngest-ever Englishman to play Walker Cup after Essex’s Oliver Fisher in 2005 – scored maximum points for the hosts.

Yorkshire’s Alex Fitzpatrick and Ireland’s Conor Purcell put the first point on the board for GB&I after winning their encounter with John Augenstein and Andy Ogletree.

They were four-up after eight holes and although the Americans cut the deficit in half by winning at the 13th and 15th, the remaining holes were halved to give the home side the early breakthrough.

But the loss of three holes in a row from the 11th proved to be pivotal as the Americans claimed their first point of the match.

The all-English pairing of Conor Gough and Harry Hall were never behind in their match against Akshay Bhatia and Stewart Hagestad.

Gough, the recently-crowned English Amateur Champion, and West Cornwall’s Hall, won GB&I their second point of the session after remaining in control throughout the contest.

Similarly, Alex Smalley and Brandon Wu dictated play for the USA in their match against Somerset pairing Thomas Plumb and Tom Sloman, picking up wins on the seventh and 10th holes to go two-up.

Although they dropped a hole at the 12th, a birdie on the 15th restored their two-hole lead and they never looked back to give the visiting team its second point.

After lunch, Fitzpatrick, who was being watched by his brother Matt, the European Ryder Cup player, rallied from being two-down after three holes to World No. 1 Cole Hammer, who was rested for the foursomes this morning, to win the first singles match of the afternoon by two holes.

The 20-year-old recovered with birdies at the fourth and sixth holes to return the match to all-square and was two-up with three holes to play after winning the 14th and 15th.

The Texan responded with a birdie at the 16th to reduce Fitzpatrick’s lead but the Englishman extinguished any hopes of a comeback by birdieing the last to claim his second point of the first day and put GB&I 3-2 up in the match.

Walker, the losing finalist in The Amateur Championship in June, extended GB&I’s lead after beating Steven Fisk, also rested for the morning foursomes, by two holes as well.

The Scot, from Kilmarnock Barassie, was never behind in the match and had established a comfortable lead after winning three of the first five holes.

Despite being pulled back to one-up going down the 18th, the 23-year-old made sure of the point for Watson’s side after the American conceded the hole.

Augenstein hit back for the Americans with a 2&1 win over Ireland’s Conor Purcell making it 4-3 in the match overall.

The US Amateur runner-up was in control for lengthy periods of the contest and a par at the 17th was enough to record the first point of the afternoon for the USA.

Scott then claimed a notable scalp for GB&I, defeating US Amateur champion Ogletree by one hole in a match where the Nairn golfer fired in six birdies.

He found himself two-up with three holes to play and although Ogletree won the 17th, a halve in par at the 18th gave Scott an important victory to put GB&I 5-3 up.

The away side pulled another point back after Pak edged out Amateur champion James Sugrue, who did not feature in the morning foursomes – and only arrived on the tee two minutes before his match was due to start – by one hole.

Wu then defeated Sloman 4&2 to tie the match at 5-5 as the West Countryman suffered his second defeat of the day.

With two matches left out on the course, Ireland’s Caolan Rafferty nudged the home side ahead with a 2&1 win over Smalley.

It was then left to Gough – the 2018 British Boys champion – to claim another point for GB&I, his second of the day, to leave Watson’s side with what could prove a crucial two-point lead going into day two.

GB&I captain Watson, who played in the same team as Justin Rose, when he became the youngest-ever to play in the Walker Cup in 1997, said: “It was a pretty good day.

“It could have been better but we knew the Americans were going to come back to us. We’re looking forward to tomorrow though.

“No matter what happens in the foursomes tomorrow, we still have to play in the singles. The boys will be up for it.”

USA captain Nathaniel Crosby, who played in the Walker Cup the last time it was held at Hoylake back in 1983, said: “I think we were a little slow getting started this morning.

As they say over here, I think we were a little slow out of the paddock, but we fought hard to get back to where we were and all square going into lunch.

“This afternoon I just could not believe the amount of putts Great Britain and Ireland made in the first 45 minutes.

“It wasn’t even the first hour and a half, it was the first 45 minutes. An amazing amount of golf that was fantastic.

“I think John Pak winning his match was important. We were pretty lucky to be 5-3 down when it looked like we could be 6-2 or even 7-1-down.

“You know, I think these guys have tremendous games. They’ve won a lot of golf tournaments to be here, and if they just play their games tomorrow, we’ll see where the chips fall.”