By Andrew Griffin on 9th September 2020 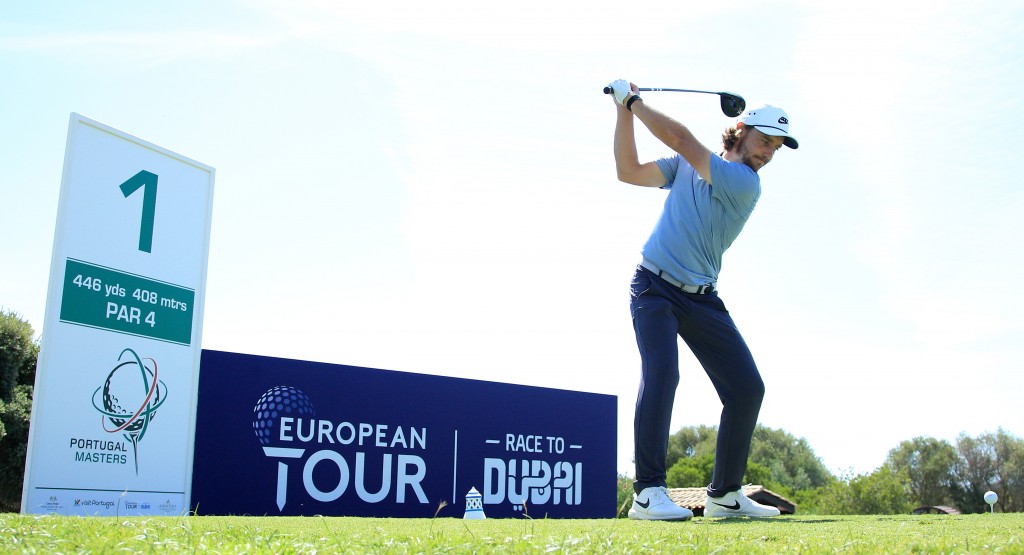 Tommy Fleetwood has not played the Portugal Masters since 2016 but arrived at Vilamoura’s Victoria Golf course as part of his US Open preparations. Picture by GETTY IMAGES

TOMMY Fleetwood is teeing it up at the Portugal Masters, on the Algarve, for the first time since 2016.

And the Ryder Cup star is excited to be back at a regular European Tour event after the four-month hiatus due to coronavirus.

Fleetwood played every edition of this event between 2012 and 2016. And the World No. 16 is looking to become the third Englishman in succession to lift the trophy at Dom Pedro Victoria Golf course, come Sunday.

A win for the Lancashire ace on the Algarve would see him follow compatriots Tom Lewis and last year’s winner Steven Brown, before heading to next week’s US Open, at Winged Foot.

Fleetwood said: “It’s great coming back and seeing everybody that you have played with for a long, long time.

“The European Tour definitely, for us that have grown up on the Tour, it has a beautiful atmosphere to it.

“Obviously, we are in a bubble right now. But as soon as you come back it has a feel about it that is really, really nice.

“The Portugal Masters was an ideal opportunity to get some competitive golf in and come back on the European Tour.

“I have never had a run at the tournament. But I have always enjoyed coming here.

“I think the hotel is great. The course is different this year – there is a bit of rough up – so it is a tougher test.

“But I just think it was the perfect scenario for me,” added Tommy, who has five European Tour wins to his name since turning pro in 2010.

“I haven’t played particularly great for a few weeks and I have gone back and worked on a few things,” Fleetwood admitted.

“I have always preferred getting to Majors early. But this year clearly things are very different and things change and get thrown out the window.

“I have never ever been to a tournament where I haven’t wanted to win and this week is exactly that.

“I want to go out this week and compete absolutely. But I think you gain from certain shots you hit, and you only figure those things out by playing competitively.” 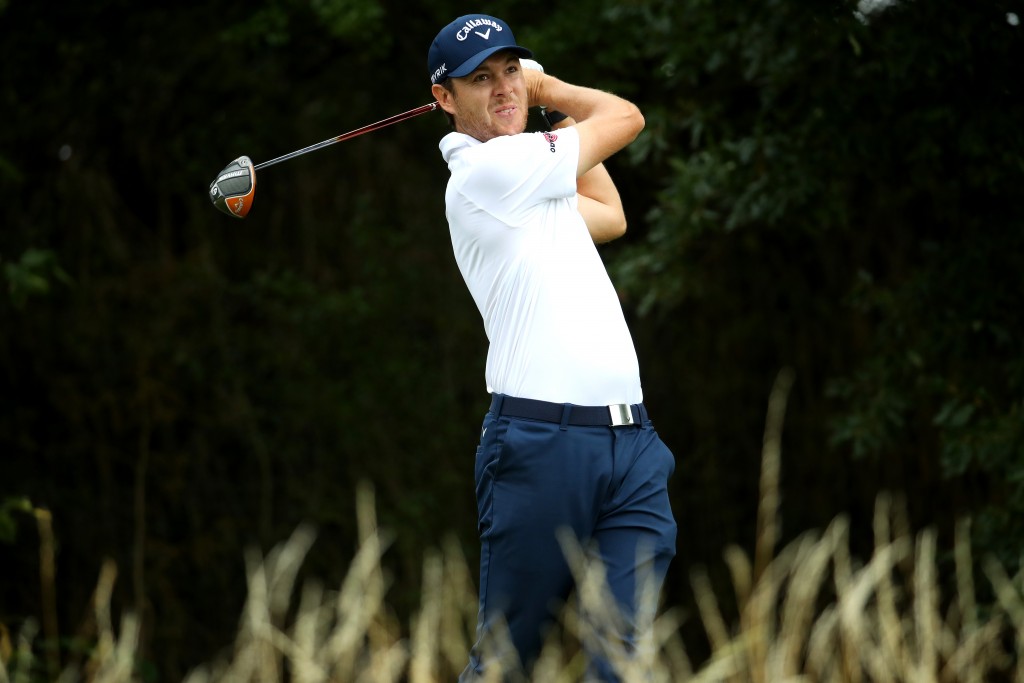 Steven Brown rescued his European Tour card by winning his last event of 2019 on the Algarve at the Portugal Masters in Vilamoura. Picture by GETTY IMAGES

Brown could not have been under more pressure then, requiring at least a fifth-place finish to secure his card, and ultimately taking the title in 2019.

The Surrey pro enters the week in a much more relaxed mindset after capturing his maiden European Tour title in Vilamoura, last season.

Brown said: “It’s nice to be back and see my picture up on the wall with the other previous champions.

“This season is very different, with different feelings from last year when I was in a tough spot trying to keep my card.

“I feel a lot more chilled than last time. Hopefully I can produce the same sort of stuff,” said Brown, who had the same coach as a junior as Ross Fisher at Wentworth.

“I did a lot of work in the off-season and then the second off-season during lockdown. It’s starting to pay-off.

“My putting has been up and down, which is why my results have been the same. But my ball-striking is consistent.

“I had a week off before The Belfry. I’m always a bit rusty the first week, but played really well in tough conditions last week at Valderrama.

“I feel like I’m in a good spot coming here.” 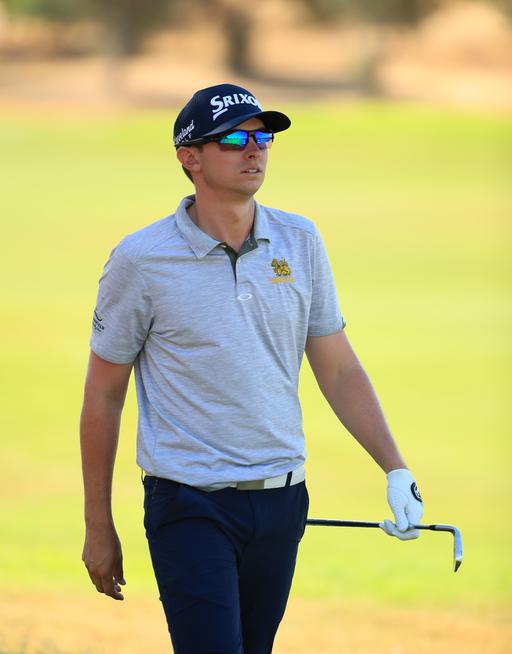 American John Catlin, wants to add a second European Tour to his win at Valderrama last week as quickly as possible after arriving on the Algarve. Picture by GETTY IMAGES

THE newest European Tour winner is also teeing it up in the 14th edition of the Portugal Masters.

American John Catlin is already aiming to add to the title he won last week, at the Estrella Damm NA Andalucia Masters, at a very tough Valderrama.

“Playing with some of the best players, like Martin Kaymer, a former World No. 1, all the way down the stretch to the last hole. Being able to hold him off is something I’ll always remember.

Catlin, who denied Martin Kaymer his first win in six years, said: “I’ve won many times as a pro. But winning that one is the biggest win for me for sure.

“My goal now is multiple wins. We’re always trying to win. Once you win one, you want to win two.

“I guess you become a little bit greedy in a sense. That’s my next goal, to win again.”

BJERREGAARD was the winner three years ago. He said: “I think this is the first time since I’ve been on Tour that my wife isn’t here with me.

“So it’s a bit strange, but I’ve always enjoyed coming here. I got the win in 2017 and had a couple of decent results.

“Normally there is not a lot of rough around here, which suits me. That’s changed a bit this year.

“That will be fun. It will be a different course to what we have seen the last few years.

“The wind is up today. If it stays like that I think we’ll see some different scores than we are used to.

“It’s just a great vibe here. The weather is nice, great food. It’s not a bad place at all to come,” said the winner of the Danish Amateur title in 2007 and 2008, who was crowned European Amateur Champion in 2010.

THIS week is the second of three tournaments in the “Iberian Swing” as the European Tour continues the practice of grouping tournaments in regional clusters where possible.

It follows two dual-ranking events in Austria and the six-event “UK Swing” since the resumption of the 2020 Race to Dubai.

This week also sees the continuation of the European Tour’s Golf For Good initiative, on the Algarve.

Vilamoura World and the European Tour have teamed up to donate €200 for every birdie and €500 for every eagle scored on the par five 17th at Dom Pedro Victoria Golf Course.

The proceeds will be split between two local charities – Existir and APEXA – and EDGA (European Disabled Golf Association).

•For live scores from the Portugal Masters click here.

British Golf Show Doubles In Size, Moves To May 2021
Johnston spurred on by Syme success fires brilliant first round 61 at Portugal Masters