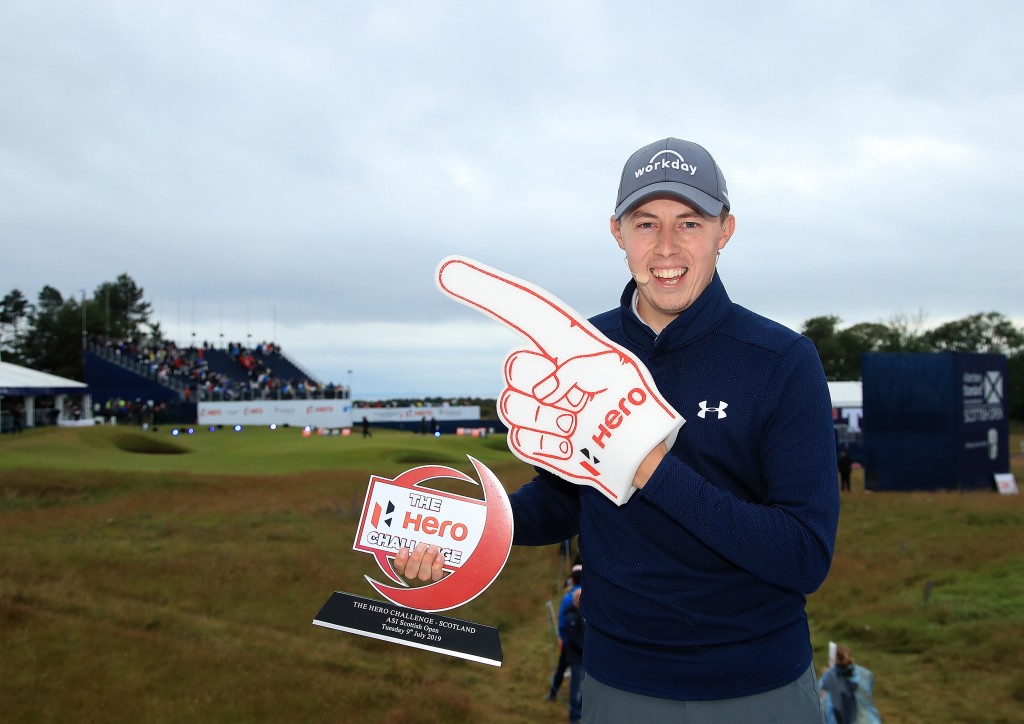 Hero Challenge winner Matt Fitzpatrick, who beat Matt Kuchar at The Renaissance Club as the American tried to defend the title he won at Edinburgh Castle a year ago.
Picture by GETTY IMAGES

MATT Fitzpatrick made the perfect start to his week at the Aberdeen Standard Investments Scottish Open as he won the Hero Challenge title at The Renaissance Club, on Tuesday night.

The 2016 Ryder Cup player defeated Matt Kuchar, who won last year’s Hero Challenge at Edinburgh Castle, in the final of the fast and fun night golf contest, held on a specially-constructed tee at the par three 15th hole.

Fitzpatrick, taking part in his second Hero Challenge, defeated 2010 US Open champion Graeme McDowell in their semi-final, which went to a nearest-the-pin play-off, as Kuchar beat Lucas Bjerregaard in the other, which also required a sudden-death shootout.

“It was good fun out there, I had to do it the hard way.” said Fitzpatrick. “It was great to get the win, it suits me having to hit low shots.

“Matt is a great player, obviously he won the Hero Challenge last year, but he’s a proper golfer. The whole evening was really good fun.

“It was nice go out there on a Tuesday night and get the crowd fired up for the week ahead.

“My caddie and I walked the course this afternoon when the weather wasn’t too good, so to see so many people out there supporting us was great.”

Fitzpatrick was presented with the trophy by Dr Pawan Munjal, the chairman, managing director and chief executive of Hero MotoCorp – the world’s largest manufacturer of motorcycles and scooters. 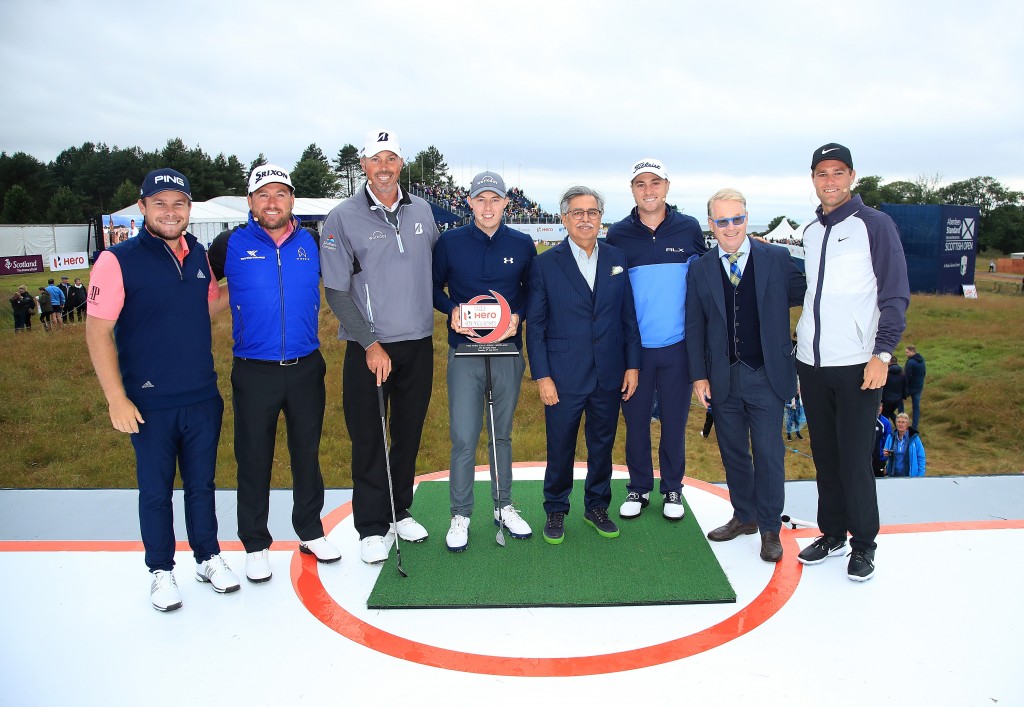 It’s the fourth successive season in which the British Masters was preceded by the Hero Challenge, the innovative event having made its debut in 2016 at The Grove.

The Aberdeen Standard Investments Scottish Open takes place at The Renaissance Club in North Berwick for the first time.

One of the latest additions to the famous stretch in East Lothian known as Scotland’s Golf Coast is hosting the third Rolex Series event of the year.

Tickets for the Aberdeen Standard Investments Scottish Open, which gets udner way on Thursday, are available here.