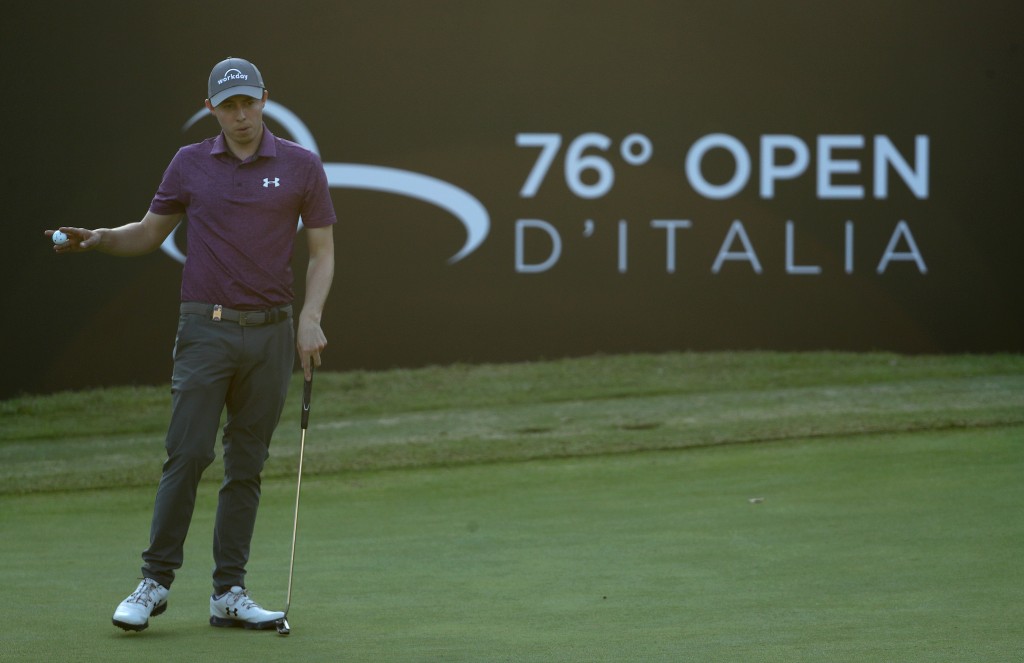 Hallamshire’s Matt Fitzpatrick produced four birdies in five holes on the back nine at Oligata GC, near Rome, to take a one-shot lead into the final round of the Italian Open.
Picture by GETTY IMAGES

YORKSHIRE’S Matthew Fitzpatrick staged an impressive fightback with four birdies in his final six holes to maintain his one-shot lead going into the final round of the Italian Open.

The former Ryder Cup player bogeyed the second hole after an opening birdie and then slipped to one over par for his third round with a further bogey on the 10th hole at Rome’s Oligata GC.

But the former US Amateur Champion rallied impressively with birdies on the 13th, 15th, 16th and 17th holes to sign for a round of 68 – and preserve his one shot overnight advantage after posting 13-under.

Fitzpatrick, who grew up playing junior golf at Sheffield’s Hallamshire Golf Club, praised his caddie Billy Foster – one of the most experienced on Toru – for keeping him on track for his first win of 2019.

Fitzpatrick said: “Billy just kept talking me through it, saying just be patient.

“I said to him down the hill on 12, it didn’t feel like I should be one-over. It felt like the way my swing felt.

“I didn’t hit as many good as good shots as I would have liked around the turn, so that cost me a little bit – put me back. But to finish the way I did, was great.

“The par saves on 11 and 12 were huge. They were really, really important, and they felt really good, as well, because it’s something I’ve been working on, my short game.

“Obviously everyone is always working on something,” Fitzpatrick added, “but just to see it pay off today, particularly under the pressure was good.

“To put myself one in front going into tomorrow gives me a little bit of help, but yeah, I’m just looking forward and ready to go already.”

Fitzpatrick has finished runner-up three times so far this season and he is seeking a sixth European Tour title to extend his winning run to five consecutive seasons in the fifth event of the European Tour’s 2019 Rolex Series.

Fitzpatrick’s career has never looked back since winning the Selborne Salver as an England junior international at Blackmoor GC, in East Hampshire, in 2012.

His nearest rival is American Kurt Kitayama, a two-time winner already in 2019, who moved serenely through the field with a bogey-free round of 65 to sit one shot back on 12-under.

Scotland’s Robert MacIntyre went one shot better with a seven-under 64 as he moved into contention for another shot at a maiden European Tour title, just two years since making his Walker Cup debut in Los Angeles.

The Challenge Tour graduate has impressed in his rookie season on the European Tour, also finishing runner-up on three occasions so far.

MacIntyre played alongside Hampshire’s Scott Gregory, and Jack-Singh-Brar in the Walker Cup in Californian, and all three have ended up on the European Tour – just three years after Gregory beat the Scott in the Amateur Championship final, at Royal Porthcawl.

MacIntyre said: “That round is up there. I seem to be getting in positions and just letting it fall away.

But me and Greg have been talking about just staying in the present. Just do what we do, and today, we done that. Managed to get a good result.

“When I get too aggressive, it actually affects me. So it’s just about playing to my strengths and the course kind of suits the driver.

“So we’re just going at it this week and it seems to be working,” added the Oban golfer.

“My goal now is just trying to get my mind off trying to win. It’s about trying to get as many world ranking points as I can to try to end the season as high as possible.

“Everybody knows why they want to end the season high, but the win is irrelevant of what I’m trying to achieve.

“I’ve just got to go and play my game, and if the win comes, well, I’m sure I’ll celebrate it.”

There is no doubt though that MacIntyre desparately wants to emulate Kitayama, who came through the European Tour Qualifying School nearly a year ago, finishing third at Lumine, in Spain.

Kitayama said: “It was a good day. I missed a few greens but was able to get up-and-down and made some good putts. Playing bogey-free is always good, especially out here.

“I feel like I’ve been in pretty good control of my irons. My driver was better. Just trying to keep it in play, really, and give myself a look at the green and take advantage of those.

“This is a big event. Winning at any level, even smaller events, you still have to draw back on those memories and those situations, because the feeling is still going to be similar.

“Winning’s winning. So just go out and do the same tomorrow,” added the winner of the Mauritius and Oman Opens in 2019.

MacIntyre will start the final round two shots adrift on 11-under.

Hertfordshire’s Matt Wallace and Austrian Bernd Wiesberger share fourth place on 10-under par after both players carded rounds of 67.

Wiesberger and Kitayama are both going for their third win of the season – with Wiesberger in position to make it two Rolex Series victories in just three months.

And if the Austrian should come out on top, the first prize of €1million will raise his game yet another level in his bid to make up for lost time through last year’s injury, and his pursuit of a place in Europe’s 2020 Ryder Cup team. 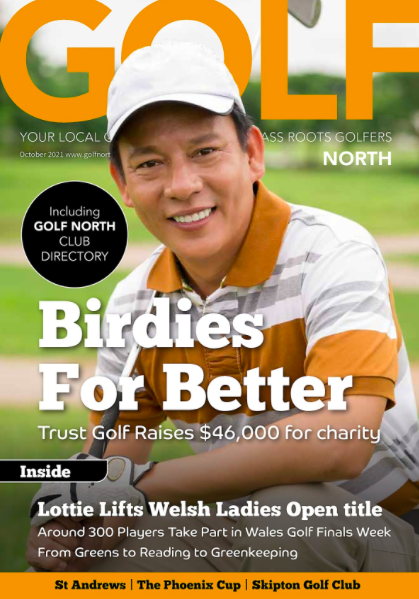